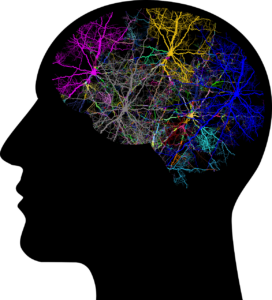 Back in 1988, on the day I decided I had to become a writer, I laid out a plan. I would read books on the craft, even though I’d been told several times that you can’t learn to write by reading writing books (which I soon discovered was a crock). I also went to my favorite used bookstore, the marvelous A & M Booksellers in Canoga Park (sadly, they had to close up shop when the 2008 recession hit; happily they still do business online). This wonderland had a large, revolving inventory of popular paperbacks. On this day I bought an armload of books by Grisham, King, and Koontz. I wanted to read them systematically to try and figure out what they did that was so good.

It was a superb education.

One thing I noticed with Mr. King was something I didn’t have a name for. It just seemed to me that his characters were so … real. He gave them lives that were vivid and detailed. And that, more than anything else (in my estimation) is what has made King so immensely popular. He weds an imaginative plot with characters you can almost touch. I believe he, like Dickens, will be remembered as much for his characterizations as his twisty-turny storylines.

As was my wont in those days, I wrote a note about that in my ever-expanding document about technique. Eventually I called it “deep backstory.”

I was reminded about this the other day when I read one of his short stories, “The Things They Left Behind,” which is included in his collection Just After Sunset. It’s a moving story about a man with survivor guilt because he “played hooky” from his job at an insurance company in the Twin Towers on 9/11. Of course, several of his friends and co-workers died.

One day the narrator, Scott Staley, returns to his locked apartment and finds a pair of distinctive sunglasses with red frames on a table (they had not been there when he left). But wait…sunglasses like these had belonged to Sonja D’Amico, a colleague of his who died on 9/11. Also, leaning on a wall, is a baseball bat. But not just any bat. It’s a bat that another dead co-worker, insurance adjuster Cleve Farrell, had at his desk. Farrell had used a hot iron to burn CLAIMS ADJUSTOR into the wood.

How could these items possibly be here? That, of course, is a King-ish story question. And in another writer’s hands it might have become a mere puzzle. But King weaves in backstory magic that brings the characters marvelously to life.

Here’s an example of what I mean:

I felt that way, too. Yes indeed. Because those sunglasses had to be gone—long-time gone, as the Dixie Chicks say. Ditto Cleve Farrell’s Claims Adjustor. (“Besbol been bery-bery good to mee,” Cleave would sometimes say, waving the bat over his head as he sat at his desk. “In-SHOO-rance been bery-bery bad.”)

King likes to reference popular culture in his stories (e.g., Dixie Chicks), which some writing teachers warn against. Bosh, I say. Even if someone reading the story years hence has never heard of the Dixie Chicks, it sounds real and truthful.

But look especially at the parenthetical bit. Those of us old enough to remember the early years of Saturday Night Live will recognize the words of Chico Esquela, a Dominican baseball player created by cast member Garrett Morris. We’re talking late 70s now. But even if a reader of King’s story in 2020 has no idea who Morris-as-Chico was, the material still works. It sounds unique and lifelike, something a middle-class insurance adjustor might have said when horsing around.

Sometimes they talked about the picnic at Jones Beach—the coconut odor of suntan lotion and Lou Bega singing “Mambo No. 5” over and over from Misha Bryzinski’s boom box. Or they talked about Frisbees sailing under the sky while dogs chased them. Sometimes they discussed children puddling along the wet sand with the seats of their shorts and their bathing suits sagging. Mothers in swimsuits ordered from the Lands’ End catalogue walking beside them with white gloop on their noses. How many of the kids that day had lost a guardian Mom or a Frisbee-throwing Dad? Man, that was a math problem I didn’t want to do. But the voices I heard in my apartment did want to do it. They did it over and over.

I find that paragraph brilliant. The sense of smell and sound and sight. And the specificity of detail. Not just music, but Lou Bega singing “Mambo No. 5”; not just swimsuits, but swimsuits ordered from the Lands’ End catalogue.

Now, Mr. King is a well-known pantser. His approach, as explicated in his book On Writing, is: The situation comes first. The characters—always flat and unfeatured, to begin with—comes next. Once these things are fixed in my mind, I begin to narrate.

So all of that good, deep backstory comes out of King as he writes. That explains things like that parenthetical, above. He thought of a character with a bat, then his imagination went into overdrive to personalize it … it was a baseball bat … a voice from the memory chamber echoed in King’s mind: “Besbol been bery-bery good to mee.” Wait. That was Chico Esquela, right? Yeah, and that’s something unique this character might have said.

The character was coming to life before his eyes during the writing. But there’s no reason you can’t do this discovery before you write. In my book, Writing Unforgettable Characters, I recommend creating a “voice journal” for each character:

This is a free-form document where I just let the character talk to me. I might prompt him with questions, as if I’m doing an interview. “Tell me about your home growing up.” Or “What’s your philosophy of life?”

What I want is for the character to begin talking to me in a voice that is not mine. I’ll keep up this free-form writing until that voice emerges. And though I’m doing this mainly for the sound of the voice, I also end up with background material the character shares with me.

So either way, be ye plotter or pantser, allow your writer’s mind some wild time to dream up deep backstory. Write down a lot of it, then choose the best parts to weave into the narrative. Like the marbling in a rib-eye steak, this will add marvelous flavor to your story.