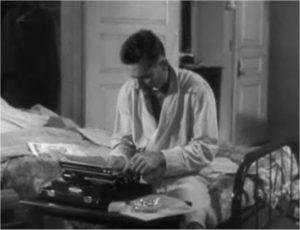 “Things were tough at the moment. I hadn’t worked in a studio for a long time. So I sat there, grinding out original stories, two a week. Only I seemed to have lost my touch. Maybe they weren’t original enough. Maybe they were too original. All I know is, they didn’t sell.” – Joe Gillis (William Holden) in Sunset Boulevard

Ah, poor Joe. We can feel his pain (not really, since he’s narrating this as a corpse floating in a swimming pool. But I digress). Still, I love how screenwriters Billy Wilder and Charles Brackett captured the writer’s dilemma—what should I write that has a decent chance to sell?

For writers still operating in the world of traditional publishing, that question is more important than ever. Publishing companies are being squeezed and must concentrate on big hits to survive. This makes it harder for a newbie to break in or, if they manage to get ushered through the gates of the Forbidden City, to receive what used to be called a “decent advance” and marketing support.

Indie writers must be market conscious, too, as the crush of content and reading choices grow ever larger. If you want to make decent scratch you have to provide products (plural) that a good number of people will want to buy.

The danger, of course, is the temptation to jump on a trend, or try to replicate what’s already been done. But demanding readers don’t want something that feels same-old. They want to be delighted, surprised, swept up. So do acquisitions editors.

They all want originality.

Just not so much that they can’t figure out what ride they’re on.

Which reminds me of the famous quip by Samuel Johnson who had been asked to review a manuscript. He wrote, “Sir, your book is both good and original. Unfortunately the parts that are good are not original, and the parts that are original are not good.”

(As long as we’re on the subject of literary snubs, I can’t help but quote what is reputed to be the shortest book review ever, attributed to Ambrose Bierce: “The covers of this book are too far apart.”)

So how could we have helped Joe Gillis? Where is the sweet spot for the writer who needs to sell in order to get his car out of hock?

As I assert in Voice: The Secret Power of Great Writing, the sweet spot is where you find the most joy. Way back in 1919, a professor of writing at Columbia University, Clayton Meeker Hamilton, said this:

In the great story-tellers, there is a sort of self-enjoyment in the exercise of the sense of narrative; and this, by sheer contagion, communicates enjoyment to the reader. Perhaps it may be called (by analogy with the familiar phrase, “the joy of living”) the joy of telling tales. The joy of telling tales which shines through Treasure Island is perhaps the main reason for the continued popularity of the story. The author is having such a good time in telling his tale that he gives us necessarily a good time in reading it. (A Manual of the Art of Fiction.)

I think Professor Hamilton nailed it. When an author is joyous in the writing, it pulses through the words. When you read a Ray Bradbury, for instance, you sense his joy. He was in love with words and his own imagination, and it showed.

“For the first thing a writer should be is––excited,” writes Bradbury in Zen and the Art of Writing. “He should be a thing of fevers and enthusiasms. Without such vigor, he might as well be out picking peaches or digging ditches; God knows it’d be better for his health.”

“Let her go!” says Brenda Ueland in If You Want to Write. “Be careless, reckless! Be a lion, be a pirate!”

You liked to play those things when you were a kid, right?

So play! Here are three ways to do it:

So what about you? Where do you find your writing sweet spot?