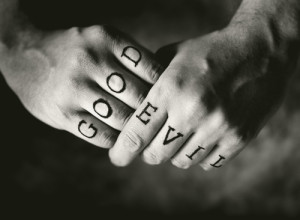 “Each film is only as good as its villain. Since the heroes and the gimmicks tend to repeat from film to film, only a great villain can transform a good try into a triumph.” — Roger Ebert

You think it’s hard to find a good man? Try finding a really bad one.

I’ve been looking for bad men for more than fourteen years now. I’d say my sister Kelly and I are somewhat of experts on the subject of men with, ah…issues. Over the course of our thirteen-novel career, we’ve encountered every kind of twisted, tortured, miserable example of the male species you can imagine.

But they’re our villains and we…well, I won’t say we love them but we do lavish a lot of attention on them. And we need to confess something right now –- it is getting harder and harder to make bad guys good.  Or bad women, for that matter.

Great antagonists loom large in literature. Imagine Othello without his Iago, A Clockwork Orange without the deranged Alex Delarge or Joseph Conrad’s Heart of Darkness without Kurtz. Where would Harry Potter be without Voldemort, or Dr. Jekyll without Mr. Hyde? And Milton didn’t lose Paradise without a big push from Satan.

Within the thriller genre, the villain is almost as important as the hero. And creating a truly original villain is one of our prime challenges, mainly because readers are savvy. They’ve read all the good books, seen all the forensic shows, and can smell a Hannibal Lector rip-off a mile away. We’ve always worked hard to make our villains full-bodied characters, especially when we delve into the serial killer sub-genre, which can be cliché quicksand. In reality, most criminals are as dumb as stumps. But the fiction writer’s task is to create a villain who is a worthy adversary for the hero, and in the best of our genre the villain is as complex and textured as the protagonist.

As Roger Ebert recognized, heroes and villains tend to repeat from film to film. It’s the same with mysteries and thrillers. Our fields have been tilled by so many great (and not-so-great) writers, that it’s gotten harder to create truly unique protagonists and antagonists. Just this week I started a new book by a well-known thriller writer but somewhere south of page 100, I was beset with déjà vu. No, I hadn’t read this specific book before (Yeah, I have been stupid enough to do that!) But I had read it a hundred times before by other writers.  It was the same old cop chasing the same old bad guy for the same old reasons. It gave me sympathy for agents and editors and how they must feel when they read the hundreds of queries and manuscripts they get every day. Been there, read that, bought the t-shirt. (But not the book). 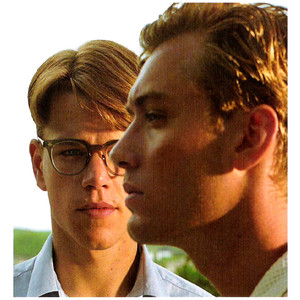 I got to thinking about good villains the other night during a bout of sleeplessness, and while channel surfing happened caught The Talented Mr. Ripley. It’s a nifty screen adaption (directed by Anthony Minghella) of Patricia Highsmith’s great book. I like both versions for different reasons but mostly for the portrait of the title character. In a way, Ripley is both protagonist and antagonist, in that the story centers around his arc but he also lies and murders in cold blood to get what he wants.

Ripley is smart and a quick study, but he is hollow of heart and soul. In the book, Highsmith sketches out his painful childhood as an orphan, berated by a mean aunt. But the author is more concerned with Ripley the sociopathic chameleon who will assume any shape to get what he wants. There is some of this in the movie, but Matt Damon’s character is more pathetic than lethal, desperate to fit into the world of the rich. You almost get the feeling the Matt Damon Ripley could change — if only he could find someone to love him despite his black heart. (Which he does…but even that doesn’t work out too well.) Highsmith’s Ripley is a serial killer who over the course of four more books continues his amoral ways and keeps one step ahead of the law.  (I’ve just downloaded the second Ripley novel, Ripley Under Ground where in Tom has resurfaced in France. I’m headed there soon I like to read books set where I am on vacation.)

Partly, I am going back to Ripley because I have an idea for a new book that will depend very heavily on the villain. I want to read Highsmith to see how she did it — sustain a compelling story centered not around a sympathetic traditional protagonist but his polar opposite. 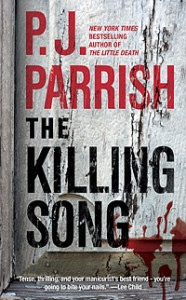 I think we were moving toward this kind of book with our stand alone thriller THE KILLING SONG. We gave equal weight to our protagonist and our antagonist. They each had their own character arc and themes, as well. Theme and character go hand and hand for me. Whenever we start a new book, Kelly and I immediately begin searching for our themes because we believe they are the underground railroads upon which a plot runs — and they illuminate character. In THE KILLING SONG, the theme for our hero Matt Owens is: What happens when you only look away for a moment? His beloved sister disappears from a Miami nightclub when he looks away but the theme has a deeper meaning as Matt pursues her killer.

But we also had a theme for our villain, which emerged from the juxtaposition of beauty and degeneration. We decided our villain would be a classical musician, a man of grace and refined taste living in Paris, one of the most beautiful cities in the world. We wanted to contrast the beauty of his “upper” world with the horrors of his “lower” world of serial murder. Laurent Demarais was a violinist in our first draft but became a cellist when we realized the cello’s deeper tone just seemed to fit his personality.

Like Tom Ripley, some of his demons were born in childhood. Laurent’s father was an acclaimed conductor who pushed his son so mercilessly to become a prodigy that the beauty of music became twisted, and then a second childhood trauma planted the seed for his evil that took two decades to mature.  Part of the plot for Matt is uncovering the clues from Laurent’s childhood so he can better understand the monster he is now hunting.

But beyond childhood, we had to ask the hard question we ask of every character we create: What does Laurent want? I think this is the most important thing a writer asks herself as she goes along. If you don’t know what your characters want you can’t really articulate on the page what their motivations are. I think of this “want” as coming in layers that move from the most superficial: the hero wants to find the bad guy; to the most complex: He wants to find his own true identity. I wrote about this in length a while back. You can find the post HERE.

On the superficial level, Laurent wants to kill. But trying to figure out what he wanted in the deepest parts of his soul — yes, even villains have them, though black and withered they may be — helped us plumb his psychological depths and make him less a cardboard monster. Laurent Demarais wears a mask of sanity. I wish I could say that is my phrase but it is the title of a great book about psychopaths written in 1941 by a doctor named Hervey Cleckley. He concluded that killers can seem sincere, intelligent, even charming. But beneath that lies a heart incapable of human emotion.

Even today, seventy years later, that mask of sanity is a great description for the classic villain whether in reality (Ted Bundy) or art. (Annie Wilkes in Stephen King’s Misery, Glenn Close in Fatal Attraction or even Hal the computer in 2001 Space Odyssey. I’m sure you can think of many other examples.) 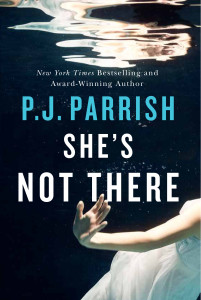 In our new book SHE’S NOT THERE, (comes out Sept. 6 but is now available for pre-orders), we don’t have a traditional villain. There is no obvious struggle between good and evil, no ticking clock, no creep stalking a family at their cabin, no Dr. Evil trying to rule the world. It’s psychological suspense, which meant for us that all “action” had to emerge completely from character motivation. James N. Frey (author of How to Write a Damn Good Novel) calls psychological thrillers a style, rather than a subgenre. He says that good thrillers focus on the psychology of their antagonists and build suspense slowly through ambiguity. If you’re a regular here, you know how much I like ambiguity. (Link HERE).

She’s Not There was very hard to write. Not only does it have an unreliable narrator (Yeah, I loved Shutter Island, too.) It was hard to write because we couldn’t rely on the old tropes of serial killers, pebbled glass PI heroes, or power gone wild to build tension.  When the tension sagged, we couldn’t just fling another corpse onto the page. The story’s theme is: What happens to you when you drift downward into living an inauthentic life? Almost all my characters are struggling with this, pulled down by dark secrets and disappointments, and they are all fighting to break back to the surface and breathe again. Yes, people die. Yes, there are creepy moments, high tension, even a cross-country chase.

But my villain?  He’s not there. At least in the conventional sense. You won’t be able to spot him by his black hat. You won’t see him lurking in the shadows or toting an Uzi.  He’s hiding in plain sight, deep inside each of my characters, even the good ones. And for a long time, you don’t know if the good guy is really the bad guy. Or vice versa. Or both.