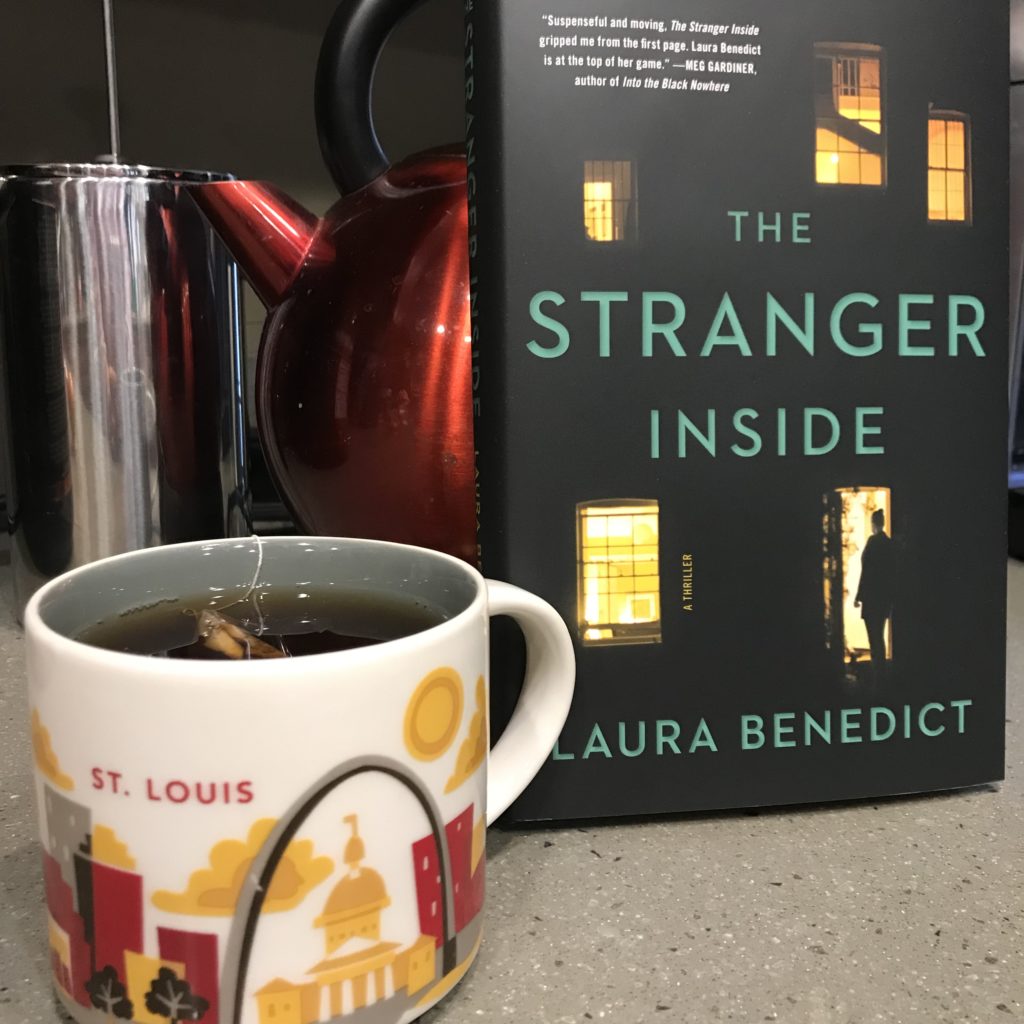 I’m not comfortable setting stories in places I haven’t lived or visited. Years ago, I wrote what I thought was a pretty good little story about a girl who’s held captive by a mad piano tuner. Okay, I know. Maybe a piano tuner isn’t the first bad ‘un to come to mind  when you’re thinking of thriller villains. But have you ever read the late William Gay’s story, “The Paperhanger?” You should. It’s brilliant. And I have a surreal story called “When I Make Love to the Bug Man” that’s been anthologized and is taught in some university writing courses. (You would like it unless you have a phobia of spiders that extends as far as the written page.)

Anywho…I wrote the piano tuner story to submit to an industry anthology years ago. One of the requirements was that it had to be set in Prague. I know people who have been to Prague. It’s known for Dvorák and Mozart, and impressive architecture. Only about one tenth of my story took place outside the apartment, if that. It was not chosen for the anthology. In fact, I’ve submitted four stories over the years to two different industry anthologies, and none of them have been accepted. The fact that those competitions are often themed makes the stories hard to sell elsewhere, but whatever. Writing is practice never wasted.

My takeaway from the Prague disaster is that I should stick closer to home. (And that submitting to industry anthologies is a crap shoot I’m not destined to win.)

I’m perfectly happy to set a story nowhere. An isolated mansion. A suburban condo. A backyard in summer. A mid-range hotel room. It’s part of the beauty of our U.S. of A. There’s anonymity out there if you want it. Though, now that I think of it, I also set a story in a Hall of the Gods that was definitely nowhere in particular.

All of my novels are set in places I’ve lived: Virginia-3, Ohio-1, Kentucky-3, Missouri-1. The one I’m working on now is also Kentucky. The Virginia and Kentucky landscapes are similar, in parts. Devil’s Oven is the only one set on a mountain. I’ve never actually lived on a mountain, but I’ve lived in valleys surrounded by them, and hung around on a few. Close enough, I figure.

The Cincinnati book is the one most colored by childhood memories of the town’s geography. (There are demons in that book, but I didn’t know any.) As I wrote, the image in my mind was of a big, old city, full of great hills hung with layers of narrow houses that were kept from falling into the river by a bit of dirt, hillside stairs, and a few trees.

Before I wrote my new novel, THE STRANGER INSIDE, I’d only set a couple of short stories in St. Louis.

The Missouri side of the St. Louis Metro Area is made up of 79 neighborhoods within the city limits, and dozens of small municipalities in St. Louis County. No matter if you are in one of these smaller municipalities, residents are either from North County, South County, West County, or the Mid-County. When I lived in St. Louis throughout the 80s, I lived in Ballwin (far west), University City in the (in-) famous Loop near WashU. Kirkwood (also west but southwest, sort of) and Clayton. There’s not a lot of geographical variation. The differences tend to be starkly economic and racial–not so different from any major urban area.

In St. Louis, if someone asks you where you went to school, they mean high school. It’s midwestern in the sense that residents are generally friendly, no matter what part of town they’re from. If you’re from Ladue or Clayton or Glendale, people will assume that you’re wealthy, and if you’re from far South County you might as well be in the Ozarks, and if you’re from North County, well, let’s just say that if you live past or west of the airport, you might be looking at Iowa. Okay, I’m exaggerating. But the different areas do have distinct personalities. And if you look at the census data of the past couple decades you’ll see that it doesn’t change all that much.

Most of my characters are from Mid-County–Ladue and Richmond Heights, with a bit of Webster Groves and Kirkwood to give it an old-time, leafy, suburban flair. My protagonist’s ex lives with his new husband in historic Lafayette Square in the house they once shared. She’s good with that. And one significant character lives in a high-rise apartment in the city, overlooking Forest Park. I confess I did make up a state park. And there may be a few  fictional details at which a native St. Louisan may wrinkle their nose. So, apologies for that. What can I say? I plead fiction.

Of course, all of these geographic details will matter little to the casual readers of THE STRANGER INSIDE. Unless they’re from or know St. Louis well, they won’t much see the distinctions. But the distinctions made a huge difference for me as I was writing. It’s not that I’m resorting to stereotypes, but just using a kind of character shorthand. That shorthand is very handy.

I’m super excited about THE STRANGER INSIDE. It’s a psychological suspense novel. Sometimes it’s called a thriller. And there’s a murder mystery. The biggest difference between this novel and my first six is that there are zero ghosts or supernatural incidents. (My seventh was a cozy mystery.) It was a lot of fun to write.

What about you? Do you write about faraway places? Or do you stick to places you know? Why or why not?

Also, surprise! I’m going to give away a signed copy of THE STRANGER INSIDE at 9:00 p.m. (CST) to one random commenter. But definitely check back to see if you’ve won, because I can’t tell you how many books I haven’t been able to give away because the winner disappeared forever. The winner should reach out to me at l.benedict@laurabenedict.com 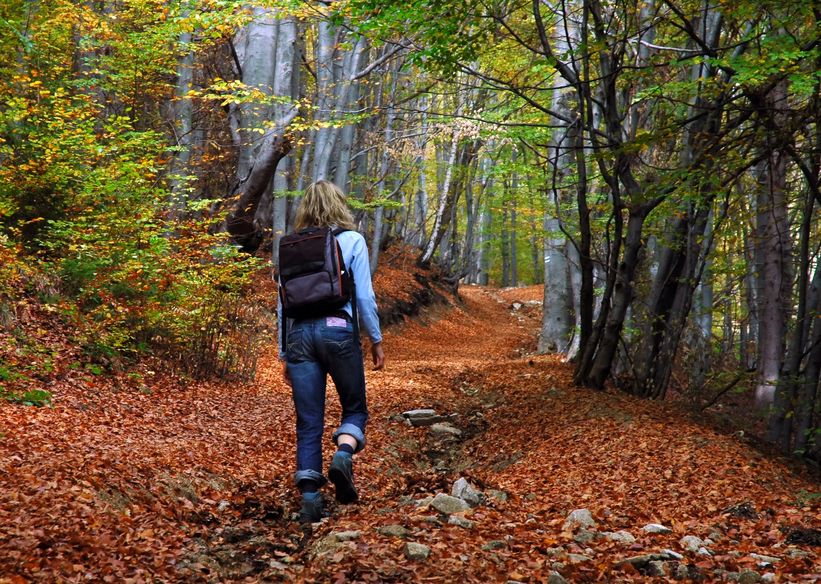 Last week I started organizing end-of-fiscal year tax receipts. Having just returned from Bouchercon, it was a good time to make sure I had my business trip records all in order (read: receipts stuffed into individual envelopes). At first, it was the only trip I recalled, but then I remembered a couple readings in St. Louis I could claim hotel and mileage expenses for. It seemed slim pickings, but I will be touring this month and some of next, so there will be many more envelopes. Then I remembered my writing retreats.

Way back in early January, I needed to get some serious, concentrated words on my WIP, which was due on Valentine’s Day. ( I wrote a bit about it a few Wednesdays ago on my 10K-A-Day post.) I love my family, but if there are other people in the house, my concentration flees. Sometimes I’m able to shut my office door, but I’m always wondering what’s going on on the other side of it. So I often find myself doing things that are not writing during the daylight hours, and only writing after ten p.m. when everyone has gone to bed. I love the quiet. No voices. No music. Not much happening on FaceBook. Snoring animals. Owls outside my window. Those are perfect writing conditions for my ADD brain. Sadly, the not-perfect part is that I routinely go to bed at 1:30 and get up at 7:30. It wears on a body.

So, last January I got myself an AirBnB apartment in St. Louis for several days. It was on a cul-de-sac, and very quiet. Blissfully quiet. Lonesome, even. The chair was uncomfortable and kept me upright. I was paying lots of money to be there, so I was mindful. I only had to cook for myself. (That was weird.) I didn’t stay up all that late, and I wrote in 2-3 long sessions each day. It was my second-favorite writing retreat I’d ever taken, after a solo week at an inn on Ocracoke Island in 2002. (In fact I think it was only my 2nd writing retreat, period.)

But I did get in another writing retreat this year. Over Labor Day Weekend, I went to the Nashville home of another writer—along with four other women. That was something I’d never done before. (Though I did go to a scrapbooking lake retreat around 2004. I didn’t and don’t scrapbook, but I journalled and did needlepoint. On reflection, it was probably a little odd that I went. Still, there was wine and the women were friendly.)

Writing in a crowd felt awkward at first. There was plenty of room to spread out, so we didn’t actually even have to see one another if we didn’t want to. But eventually I adjusted. Everyone was serious about getting words done. Then we gathered for meals, taking turns cooking. In the evening, there was wine and much discussion and much laughter. We talked about our careers and the industry and craft, and told stories that were harrowing or hysterically funny. It was a completely different kind of retreat.

I didn’t get more than five thousand words on that retreat. Hardly comparable to my January trip. But I wouldn’t have missed it for the world. I returned energized and ready to work harder. Writing can be such a lonely job. As here at TKZ, it’s good to be with like-minded people. To share stories and advice and good news and bad. And there’s nothing like face-to-face communication with nary a computer screen in sight.

Have you ever gone on a writing retreat—alone or with other writers?