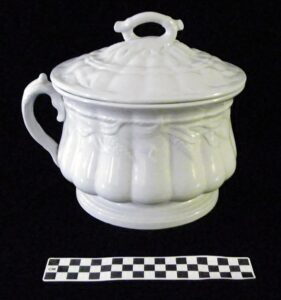 Today’s Brave Author takes us on a tour of a piss-poor town. Please enjoy this first page entitled Rooster Strut.

My name is J.B. Hoehandel Jr. But most folks call me June Bug for short. Me and my buddy Wad Larson was pigging out on two for a dollar corn dogs one night at the Silver Dollar Drive-In restaurant. Anita Moore Love just started working the night shift. She’d been a stripper someplace up north and was down here running from the law. At least that was according to the local rumor mill which was headed up by Wad’s great grandmother.

Anita finished taking an order from a carload of high-school hoodlums in someone’s dad’s station wagon when she turned her back to them and bent down to tie her shoes. That was kind of strange considering she was wearing flip-flops. When those tight short shorts rode up to the point of Oh-my-dear- God- in-Heaven, the whoops and hollers from that carload of brain-dead teenagers could be heard way over in Dognut County. Wad laughed so hard he about choked on his chewing tobacco.

Wad’s had a golf ball-sized cheek full of Red Man in his mouth since he was ten. He’s never taken it out, not even to sleep. He keeps chewing it down and adding to it, which is how Wad got his name.

We all live in a small town called Rooster Strut. It’s not the kind of place you want to raise your kids. The odds are against them making it much past puberty with all the toxic shit that comes out of the Morgan Tillman Tannery.

You may not know it, but the way they turn animal hides into those expensive purses and high dollar leather goods you folks like so much, starts by soaking raw animal skins in a mixture of cow piss, chicken shit, quicklime, salt, and water.

Back in the day, people would save up their piss and sell it to the tannery. A tradition that gave us such sayings as “piss poor.” or, “He ain’t got a pot to piss in or a place to put it.” Nowadays there’s more money in cooking meth than saving up piss, but they both smell pretty bad which is why real estate in Rooster Strut is so cheap.

Several years ago, at the Pikes Peak Writers Conference, sci-fi author Kevin J. Anderson gave a talk about world building. I walked into the session with minimal interest since sci-fi/fantasy is not a genre I foresee myself writing. Also, as a reader, I tend to skip over setting details because character development and plot action are more interesting to me than places.

Was I surprised and blown away!

Kevin kicked off his talk with an anecdote about his family’s home town purported to be the sauerkraut capital of the world. His mom held the title of Miss Sauerkraut of 1955. He described how the waste water from the sauerkraut factory was expelled into ditches around town. The inescapable, rancid smell permeated the area for miles around. In winter, the same polluted water froze and kids skated on it. Occasionally someone broke through the ice into the rank slurry below.

The specific details Kevin chose were so vivid and evocative that my nose still twitches when I remember his talk. I came away with a whole new appreciation for how a powerfully described setting adds to a story.

Rooster Strut is similarly memorable. Brave Author uses the sense of smell to build the world of a depressed, dead-end, small town. The reader is immediately pulled into a place stinking with the greasy aroma two-for-a-buck corn dogs, pungent cow piss and chicken shit, and meth cooking. We’re not sure we want to be here because the overall impression is pretty disgusting.

It’s not the kind of place you want to raise your kids.

Nowadays there’s more money in cooking meth than saving up piss, but they both smell pretty bad which is why real estate in Rooster Strut is so cheap.

Why would a reader want to stick around this crummy place where clearly nothing good will happen?

I believe the main reason is the wildly humorous voice.

The names are unabashedly corny: June Bug Hoehandel, Wad, a former stripper named Moore Love, Dognut. The narrator not only pokes fun at the residents, the locale, and the situation, but also makes observations full of ironic wisdom.

The description of Anita bending over to tie non-existent shoelaces on her flip-flops makes a strong visual impact in the reader’s mind. Then the author layers on a deeper meaning with the phrase to the point of Oh-my-dear-God-in Heaven, giving a hint at the cultural and religious mores of the narrator, probably shared by many residents of the town.

Some readers don’t care for the technique of directly addressing the reader as you but it doesn’t bother me. In fact, it felt particularly appropriate and in keeping with the mood of this piece.

The narrator issues an invitation to the reader, essentially saying, “Howdy, stranger, you’re not from around here. Why don’t you sit down and let me tell you a story about Rooster Strut and its local characters? And have a corn dog while you’re at it.”

That evokes instant intimacy between the narrator and the reader.

While the story doesn’t open with an obvious problem—like finding a dead body, for instance—the scene is set in a skillful way that promises lots of conflict ahead.

An outsider (the stripper from up north) is on the run from the law and causing a disturbance in the community. The illicit meth trade is juxtaposed with young victims apparently poisoned by a supposedly legitimate industry, Morgan Tillman Tannery. People are stuck in a hopeless economy that will likely lead to desperate acts to escape or improve their family’s circumstances.

Yet, as depressing as the set-up sounds, the humorous voice promises considerable fun along the journey.

The typos I saw were minor and easily fixable.

The time period wasn’t specified. Someone’s dad’s station wagon sounds like 1980s or earlier but, in Rooster Strut, Dad might well drive a 40+-year-old vehicle. A poverty-stricken small town can often feel stuck in time, harking back to the days when there were good jobs and opportunities. Consider including a quick notation that signals if this is contemporary or in years past.

Humor is subjective. Vulgar, earthy language and hokey humor may put off some readers and that’s okay because tastes vary. However, like habanero peppers, a little goes a long way. A challenge for the Brave Author will be to sustain this rollicking voice through the story without becoming tiresome. But I have faith s/he can pull it off.

I thoroughly enjoyed this page.

Thanks, Brave Author, for taking TKZ readers on a tour of Rooster Strut!

Your turn, TKZers. What suggestions do you have for the Brave Author? Did you want to keep reading?

Please check out Debbie Burke’s award-winning thriller, Instrument of the Devil, on sale for $.99 until November 15. Here’s the link.