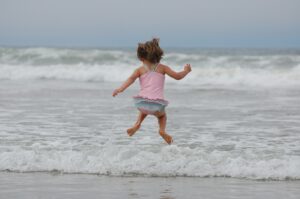 Children are not meant to be cooped up. They need sunlight and play and jungle gyms and interaction with other kids. They need dirt and sticks (that are really swords, you see), so their bodies can begin to develop the immunities they need for a healthy life.

In the same way, a writer’s imagination needs to get out and play and mess around. It needs to occasionally skin a knee or fall out of a tree. Risk is part of life. It’s also integral to growing as a writer.

I was thinking about this the other day in yet another lockdown moment that usually begins with the thought When in the Sam Hill is this going to end? I pondered the many writers who have expressed, via blog or social media, that they are struggling with their WIPs, or with getting started on a new project, or even with the desire to type another sentence.

This creative ennui, if it goes on too long, can atrophy the imagination. Your imagination will, if allowed, kick back on an old sofa in your brain, eating Funyuns and watching episodes of Gilligan’s Island on an endless loop.

Then, when you finally do call on it to get to work, it may belch and tell you just what you can do with your WIP.

Especially when, due to circumstances beyond your control, you’ve lost the cheer and the joy of writing. You can overcome this by giving your imagination some daily play time. Just ten minutes a day will make all the difference.

So let me give you three exercises for your creativity muscles. In the comments, feel free to add suggestions of your own.

In the introduction to his collection of short stories, Ray Bradbury writes, “But, you see, my stories have led me through my life. They shout, I follow. They run up and bite me on the leg — I respond by writing down everything that goes on during the bite. When I finish, the idea lets go, and runs off.”

In the first groggy moments of wakefulness, pay attention to what’s going on in your mind. It will most likely have no discernable pattern. That’s okay. Get your first cup of coffee and before you do anything else (e.g., email, Facebook) take a couple of minutes to write down whatever it is you see happening in your mind. Just the act of writing and following those bites gets the imagination chugging away.

It’s very close to what Julia Cameron describes as “morning pages” in her book, The Artist’s Way.

Morning Pages are three pages of longhand, stream of consciousness writing, done first thing in the morning. There is no wrong way to do Morning Pages–they are not high art. They are not even “writing.” They are about anything and everything that crosses your mind– and they are for your eyes only. Morning Pages provoke, clarify, comfort, cajole, prioritize and synchronize the day at hand. Do not over-think Morning Pages: just put three pages of anything on the page…and then do three more pages tomorrow.

As a fiction writer, keep watching your morning words for story ideas or suggestions for your WIP. Ask your imagination to be intentional about it.

One step up from Morning Bites is Flash Fiction. That’s a story under 1,000 words. It is the ultimate pantser’s paradise, for you get an idea and start writing and go wherever you please. Will you end up with a story that works? Probably not. You’ll most likely be painted into a corner or lost in a dark forest.

But that’s okay! The benefit of flash fiction is that it’s a workout for your story muscles, and they’ll grow stronger even if the story itself doesn’t pan out.

Every now and then, of course, you will come up with something solid, and that will bring you tremendous joy.

Heck, there are even places you can submit your flash fiction. You could publish it yourself on your blog. Or you could make it part of an alternative market for your work, as I’ve done with my Patreon page.

Where do you get flash fiction ideas? If your sodden imagination doesn’t have one (it’s been on the sofa, remember?) hop over to the Writer Igniter and get one. 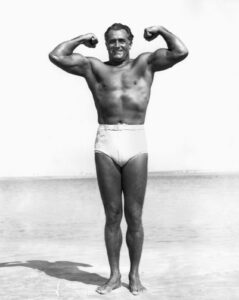 You lift weights to strengthen your body. To do it right, you alternate the exercises—curls for the biceps, bench press for the chest and shoulders, squats for the glutes and hamstrings, and so on.

So how about strengthening your style by lifting fiction from great writers? And by lifting I mean copying. The idea is not to try to imitate these masters, but to “feel” what they do, ingest their palette of literary colors so you can expand your own.

One of the great stylists of all time was Ray Bradbury. You simply can’t go wrong copying a page from his work. Here’s a clip from Dandelion Wine that I typed out:

Douglas Spaulding, twelve, freshly wakened, let summer idle him on its early-morning stream. Lying in his third-story cupola bedroom, he felt the tall power it gave him, riding high in the June wind, the grandest tower in town. At night, when the trees washed together, he flashed his gaze like a beacon from this lighthouse in all directions over swarming seas of elm and oak and maple. Now . . .

A whole summer ahead to cross off the calendar, day by day. Like the goddess Siva in the travel books, he saw his hands jump everywhere, pluck sour apples, peaches, and midnight plums. He would be clothed in trees and bushes and rivers. He would freeze, gladly, in the hoarfrosted icehouse door. He would bake, happily, with ten thousand chickens, in Grandma’s kitchen.

Don’t limit yourself to one author or genre, or even to fiction. Indeed, the finest opening of any book I’ve ever read is in William Manchester’s The Last Lion. Here it is as I copied it:

The French had collapsed. The Dutch had been overwhelmed. The Belgians had surrendered. The British army, trapped, fought and fell back toward the Channel ports, converging on a little fishing village whose name was then spelled Dunkerque.

Behind them lay the sea.

It was England’s greatest crisis since the Norman conquest, vaster than those precipitated by Philip II’s Spanish Armada, Louis the XIV’s triumphant armies, or Napoleon’s invasion barges. This time Britain stood alone. If the Germans crossed the Channel and established uncontested beachheads, all would be lost, for it is a peculiarity of England’s island that its southern region is indefensible against disciplined troops. . . .

Now the 220,000 Tommies at Dunkirk, Britain’s only hope, seemed doomed. On the Flanders beaches they stood around like souls in purgatory, awaiting disposition. There appeared to be no way to bring more than a handful of them home. The Royal Navy’s vessels were inadequate. King George VI had been told they would be lucky to save 17,000. The House of Commons was warned to prepare for “hard and heavy tidings.”

Then, from the streams and estuaries of Kent and Dover, a strange fleet appeared: trawlers and tugs, scows and fishing sloops, lifeboats and pleasure craft, smacks and coasters, the island ferry Gracie Fields; Tom Sopwith’s America’s cup challenger Endeavor; even the London fire brigade’s fire-float Massey Shaw–all of them manned by civilian volunteers: English fathers, sailing to rescue England’s exhausted and bleeding sons.

Even today what followed seems miraculous. Not only were Britain’s soldiers delivered; so were French support troops: a total of 338,000 men.

But wars are not won by fleeing from the enemy. And British morale was still unequal to the imminent challenge. These were the same people who, less than a year earlier, had rejoiced in the fake peace brought by the betrayal of Czechoslovakia at Munich. Most of their leaders and most of the press remained afraid. It had been over a thousand years since Alfred the Great had made himself and his countrymen one and sent them into battle transformed. Now in this new crisis, confronted by the mightiest conqueror Europe had ever known, England looked for another Alfred, a figure cast in a mold which, by the time of the Dunkirk deliverance, seemed to have been forever lost.

England’s new leader, were he to prevail, would have to stand for everything England’s civilized Establishment had rejected. They viewed Adolf Hitler as the product of complex social and political forces. Their successor would have to be a passionate Manichean who saw the world as a medieval struggle to the death between the powers of good and the powers of evil, who held that individuals are responsible for their actions and that the German dictator was, therefore, wicked.

An embodiment of fading Victorian standards was wanted: a tribune for honor, loyalty, duty and the supreme virtue of action. One who would never compromise with iniquity, who could create a sublime mood and thus give men heroic visions of what they were and what they might become….He would have to be a leader of intuitive genius, a believer in the supremacy of his people and his national destiny, an artist who knew how to gather the blazing light of history into his prism and refract it to his ends, a man of inflexible resolution who could impose his will and his imagination on his people—a believer in military glory was required, one who could rally a nation to brave the coming German fury.

Such a man, if he existed, would be England’s last chance.

In London there was such a man.