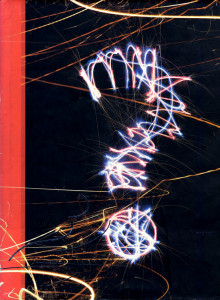 Designed by Why Not Associates. All rights reserved.

One of the questions frequently asked of a writer is where ideas are obtained. If you are writing, and find yourself lacking for ideas, I have a suggestion: google “missing persons” and then your local city, county, or even neighborhood.  You will find enough tragedy, heartbreak, and yes, mystery to write volume after volume.

I am haunted by a particular incident that took place less than two blocks from my home. I am blessed to live in Westerville, just outside of Columbus, near a lovely area known as Hoover Reservoir. It’s a body of water that stretches for a few miles and has hiking and jogging trails, fishing opportunities, and a decent sized waterfall. It is also the situs of a disappearance that has baffled our local law enforcement for almost twenty years. A gentleman named Robert Mohney left his home — and a half-eaten steak dinner — on the evening of July 28, 1996 and was never seen again. His automobile — a cherry red Pontiac Firebird — was found in a parking lot at Hoover Reservoir. One reflexively thinks suicide, but no note was found. No, there is the impression of a meal interrupted and a sudden…disruption, perhaps?  Mohney had been going through a divorce but it reportedly was not an unfriendly proceeding; this wasn’t someone, according to those who knew him, who was intent on leaving for the other side. Inquiries were made and the reservoir searched but the man, a good looking guy in his late 20s, was and is gone. Police acting on a tip in 2010 dug up a field in an area north of the city hoping to locate a body and perhaps bring some closure —whatever that is — to Mohney’s family. They came up empty, unfortunately. Mohney is now the subject of high school legend, one in which his spirit can be seen late at night, wandering the banks of the reservoir, seeking peace. What happened to him? How does someone disappear from a popular picnic and recreational area without anyone noticing something? There’s your novel; have at it.

If that doesn’t interest you, here’s another.  Over nine years ago  a second year medical student at The Ohio State University named Brian Shaffer disappeared one night from a very popular campus-area bar and restaurant after becoming separated from friends. Security cameras show him going into the establishment with those friends but never coming out. Law enforcement has spent hours reviewing video and accounting for everyone who entered and left the place. Everyone but one.  Cadaver dogs were subsequently led through the premises but came up empty. There have been rumors a-plenty as to what occurred — everything from sighting in Atlanta to a tie-in with what have become known as the “Smiley Face Murders” — and if you want to feel as if you’re about to slip loose of your moorings, google that term — but nothing concrete has been determined. Shaffer is…gone.

There are more. A number of young women living on the fringes of polite society in a rural area south of central Ohio have disappeared during the past year. I stopped believing in coincidence some time ago; something bad and evil is acting, with impunity, in that area. Further afield, a number of ladies employed in some of the more popular adult entertainment establishments on Bourbon Street in New Orleans go missing under strange circumstances each year. Check out the statistics for the number of people who go missing in your city, your state, your country. There are all sorts or stories, real or imagined, waiting to be told. Be warned: after reading a few of those accounts you will want to take every person you love and keep them close and safe in a locked room. But if you need a story idea, you’re just a few keystrokes away from one, or two, or several.

That’s all I have. Tell me…what’s been happening near you? Are they heavily publicized, or were you surprised by what you found?