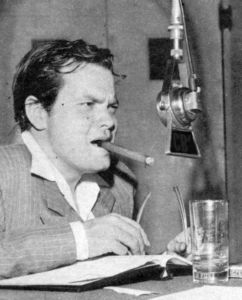 We all know audiobooks are booming. As reported by Forbes:

The publishing industry’s 2018 year-end results are here, and audiobooks did astoundingly well. According to the Association of American Publishers, which collects and reports on data shared by many publishers across the country, estimated publisher revenue for downloaded audio increased 28.7% over 2017. Downloaded audio was worth an estimate of 13.7% of publishers’ online sales.

Downloaded audio has long seen increases of this magnitude; the 2018 report reiterates this, estimating that publisher’s revenues in the category grew 181.8% from 2014 to 2018.

This growth, too, is continuing into 2019, which has already seen massive increases: in the first three months of this year, downloaded audio revenues increased 35.3% over the same period last year.

While the industry as a whole is seeing much more modest increases (or, in some categories, small decreases), audiobooks have a ways to grow, providing publishers with an exciting market for many months to come.

And an exciting extra income stream for authors. As many of you know, Amazon offers indie authors an audio platform called ACX. It’s like Kindle Direct Publishing for spoken-word books. ACX was developed by Audible, which was purchased by Amazon in 2008.

Thus: audiobooks created on ACX are sold on Amazon.com, Audible.com, and iTunes (which will soon undergo a transition).

ACX is extremely easy to navigate. For the overwhelming majority of indie authors it is a way to hook up with voice talent for audiobook narration. Here’s an overview of the process. There are two types of deals you can make with the narrator/producer: 1) royalty sharing; 2) cost per-finished-hour.

With the former, you share the royalty with the narrator. ACX pays out a 40% royalty (of the retail price), which you then split with the narrator. [NOTE: This 40% is if you are exclusive with ACX and not distributing elsewhere; if you go non-exclusive, the royalty drops to 25%]. You audition narrators via the ACX dashboard and there’s plenty of talent out there. Like a fellow by the name of Basil Sands who drops by TKZ on occasion.

With option #2, you pay the narrator/producer per finished hour (PFH) for their time and effort. In return, you keep all the royalties. This of course involves a hefty up-front cost. Let’s say you have a 10 hour book and the narrator charges $400 PFH. That’s four grand out of your pocket before you start selling. Just remember to think in terms of sales over years, not just months. You can certainly find excellent voice talent out there. One way to do this is to listen to audio samples on Amazon or Audible of books in your genre. When you find a voice you like go to the narrator’s website and make contact.

I opted for a third way—producing and narrating my own books. Why? Because I’m cheap. Also because I spent a good part of my early years developing my voice for stage and television commercials. Why let the pipes that once proclaimed, “What from the cape can you discern at sea?” in an Off-Broadway production of Othello go to waste?

My big hangup was the technical aspect. I didn’t have a recording studio or sound equipment. I could rent a studio and engineer, but once again…cheap!

So I did some research and found I could put together a workable mini-studio right on my desk. The two main pieces of equipment I needed were a good microphone and sound panels—that soft, foamy material that usually covers entire walls. I found a small, adjustable “sound shield” for under a hundred bucks and got a Blue Snowball microphone and a foam mic cover to go with it.

Next I needed recording software. I’m a Mac guy and thus already have GarageBand. But how to set it up with the right parameters for ACX was going to be a challenge. I was not at all sure I understood what the heck that entailed.

Fortunately, a gentleman named Rob Dircks has generously made available, for free download, his pre-set GarageBand settings for an ACX book. Thanks, Rob!

Finally, I started narrating Write Your Novel From the Middle and uploading the finished chapters to ACX. I created a cover image (the parameters are square, like a CD cover), and filled out all the metadata. When I was all done I hit publish and waited two weeks for the quality review. Frankly, I didn’t know what to expect. Maybe some technical issue I wasn’t aware of would require a re-work of the whole thing. Ack!

But I passed the inspection. And now Write Your Novel From the Middle is an honest-to-goodness audiobook. 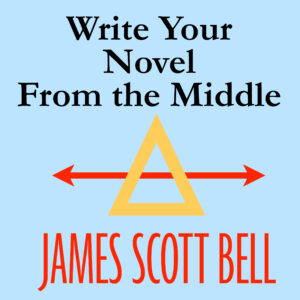 As I mentioned earlier, I am exclusive with ACX because it hits the largest slice of the audio distribution pie and pays a generous royalty. I know there are indies who have gone “wide” via other companies, but that is beyond the scope of my current experience. (Anyone who has info along these lines, please feel free to share it in the comments.)

Is narrating your own books an option for you? Many “experts” warn that authors who are not voice trained shouldn’t make the attempt. I say, “Bosh.” (I don’t say “bosh” often, but when I do, I mean it.) ACX has a helpful video and other info for authors as narrators. It does get easier after you’ve done it once. I’m now prepping How to Write Dazzling Dialogue and it’s like an assembly line of audio chapters. I plan to press on and produce all my books in audio.

In traditional publishing contracts, the audio rights are always defaulted to the publisher, with a clause like: Publisher, at its sole discretion, shall have the right to publish a recorded audio version of the Work, for which the author receives 10-15% of net. I’m no math whiz, but 40% of retail sounds a tad more favorable. If you are going to sign with a publisher, you ought to try to reserve the audio rights and create the audiobook yourself. Especially since hard copies (CDs) of audio are rapidly becoming obsolete. In other words, you don’t need Barnes & Noble shelf space to get the most out of your audio rights.

Of course, retaining these rights is going to be tougher going forward because all publishers know audio is the growth area. Discuss this with your agent. Go for the rights; in the alternative, negotiate a higher royalty.

Just don’t put your head in the sand, because audio is a major part of the future.

So what’s been your experience with audio versions of your books? Have you ever thought about doing it yourself? Have you ever said “Bosh” in mixed company?