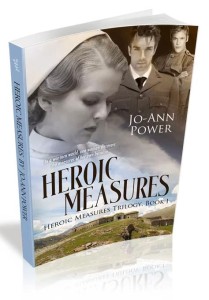 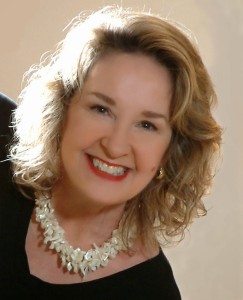 As you probably have guessed by now, this is promote FRESH KILLS week. Our newly minted collection of short stories is available online at Amazon, Scribd and Smashwords, and may soon be making its appearance in other online stores. So why did seven established authors decide to put together a short story anthology and publish it ourselves? Remember that some of us (me included) have never written a short story before. Also remember that pricing our little shindig for $2.99 and splitting the net proceeds 7 ways will not make us rich. (John “Colonel Sanders” Miller is still going to have to sell a lot of those free-range eggs) Here’s why I think we did it.

It wasn’t that many years ago that publishing our own book would have been quite different. We would have placed it in the hands of an agent (7 to choose from), had her pitch it to all our publishers (another 7 among us) and if needed, other houses, hoped for a bite and maybe a huge advance that, after the 7-way split, would at least buy each of us a Happy Meal. Finally, we would have waited the 10-12 months for the book to hit the shelves.

Today, things are changing. That’s not to say that doing it the traditional way would not have worked. But in 2010, there are alternative methods of getting published. The route we took is NOT for everyone. But it is a route that is AVAILABLE to everyone. In our case, we are 7 published authors who make money writing fiction. Many of us have been on national and international bestseller lists. You can go into a bookstore and buy our books. We knew from day one that the quality of the contributed short stories would be good because we are professionals at our craft. We also have the highest regard for each other. With all that in mind, I think the reason we did it was because we could.

If FRESH KILLS sells well, great. If it doesn’t, that’s OK, too. We have virtually nothing to lose and everything to gain with this project. The point is, we banded together and within about a month, we went from a raw idea to a book published and available for sale to the public. We wrote the stories, designed the cover, formatted the text, opened the accounts, wrote the promotional blurbs and press releases, scattered the marketing announcements across the Internet, and maintained TOTAL control over our product.

Guess what folks? The publishing world is changing. And I think the seven of us feel some satisfaction that we are adapting to those changes.

So to give Miller’s chickens a break, download a copy of FRESH KILLS, Tales from the Kill Zone to your Kindle or PC today.

Now on to my short story contribution called FINAL FLIGHT. About 15 years ago, I had an idea for a novel about a pilot who was ordered to fly a secret mission with a mysterious cargo through a terrible winter storm. The cargo was an experimental nuclear weapon. He crashed in the mountains and the weapon was not found until years later when a group of terrorists located the wreckage and salvaged the bomb. I only wrote the first chapter before filing it away and moving on.

Now jump forward to last December when the idea of a Kill Zone anthology emerged. The first thing I did was start rummaging through my files for a story idea. Out jumped that first chapter from years ago. (Advice: never throw anything away) Of course, telling the original story would have resulted in 110k words and about a year’s worth of writing. So I thought, what if the cargo wasn’t a WMD but something even more devastating to one person in particular: the pilot. I quickly reworked the chapter and changed the ending. Problem was, I only had about 2k words. We had all agreed a minimum of 4k per story. I had a big hole in the middle to fill. 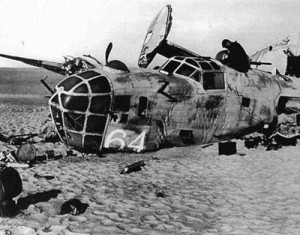 That’s when I remembered an article I’d read some time ago about the disappearance of the WWII B-24 Liberator called the Lady Be Good. Coming back from a bombing run to their base on the northern coast of Africa, the B-24 became lost, over-flew the base, and crashed in the desert. This was in 1943. It’s a BIG desert. The wreckage wasn’t found until 1959, and the plane was still in pretty good shape 16 years later. After reading the article again, I realized I had my middle.

As I approached the writing of FINAL FLIGHT, I recalled my fascination for the old TV series The Twilight Zone. I loved the format, especially the surprise endings. So my goal was to write a story reminiscent of the TV series. The end result is FINAL FLIGHT.

Picture if you will . . . a lone C-47, a mysterious cargo, a clock and dagger mission, and a blizzard in which no pilot in his right mind would dare to fly. United States Army Air Corps Major Howard Murphy was under orders: fly the mission or face the consequences. But curiosity got the best of him as he left the cockpit for a quick look at what lay in the cargo bay. That’s when he got the shock of his life. FINAL FLIGHT is Major Murphy’s one-way trip to hell.