Today I’m pleased to welcome back to TKZ my friend and fellow ITW member, Julie Kramer. Julie is an internationally published and award-winning crime author, and one of my favorite writers. Her latest thriller, SHUNNING SARAH (Library Journal starred review) was released yesterday and I hope you’ll grab a copy. Enjoy!

My fifth media thriller, SHUNNING SARAH, is out this week and I’m starting to think 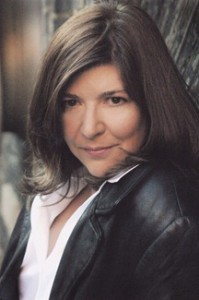 making my heroine a TV reporter might not have been such a good idea. One of the general rules of novel writing is that your protagonist should be “likeable.”

But just the other day a Gallup poll said the public’s trust in TV news is at an all-time low, almost as low as Congress. I can understand those stats. After all, two networks, in their zeal to be first, recently flubbed coverage of the Supreme Court’s ruling on government-mandated health care. Another network took liberties editing audio of a 911 call in the Trayvon Martin shooting in Florida.

Used to be, journalists were the good guys. America cheered TV shows like Mary Tyler Moore, Lou Grant, and Murphy Brown. And don’t forget, Superman’s day job was as a reporter for the Daily Planet. And Spiderman took pictures for his local newspaper. In Network, Howard Beale became a provocative folk hero for railing “I’m mad as hell and won’t take it any more.” And in real life, Woodward and Bernstein inspired a generation of investigative journalists, including me.

The tabloidization of mainstream media and the narrowing of the line between news and gossip have damaged the credibility newsrooms once took for granted. Are we heading back to the sensational days of yellow journalism? My heroine, Riley Spartz, sure hopes not.

I hear from readers who continue to appreciate her as a character because she reflects the problems plaguing newsrooms across America. Her voice is cynical, yet principled as she chases ratings and villains.

I know from a career in the television news business that words can be weapons. Satire and deadpan humor help Riley cope as news budgets are cut and bosses demand 24-7 coverage. Readers tell me they don’t watch news the same way after reading my books. It’s like sausage and laws. You don’t want to watch how they’re made. And my former news colleagues sometimes wish I wasn’t quite so candid.

“Did you have to tell them ‘if it bleeds it leads?’” they ask.

But it’s important for my writing to accurately reflect the state of the news business, good and bad. Because I love news. I’m addicted to knowing who, what, when, where and why. And I honestly believe a free, objective press is one of the best things our society has going. I like it when reviewers praise my depiction of behind-the-scenes action in the newsroom – warts and all.

But what I really need is for the new HBO series, The Newsroom, to take off big and get viewers rooting for TV news again. Then maybe I could sell film rights, and Riley could make it to the big screen.

How big a role does a character’s profession play in what you write or read? And if you simply need to rant about the media, I won’t take offense.

Happy New Year from the Kill Zone!
Usually I start the new year off with a plethora of resolutions but this year I am mulling over just one, and it’s something I haven’t considered since I was an angst ridden teenager (which may be why I have avoided it ever since) – keeping a personal diary. I have lots of writing journals in which I jot down ideas for nov

els, scenes, snippets of conversations etc. but all of these have always been directed towards my fiction writing. Now I am wondering whether keeping a more personal writing journal would be a good idea or not. The impetus for my musings was reading a review of Gail Godwin’s latest memoir which draws heavily upon the diaries and journals she kept over the years. It started me thinking about writers who keep such journals and whether the process of personal gut-spilling is a useful tool in developing one’s writing craft.
Now the staid ‘Englishness‘ in me frowns upon such things – it smacks of the teenager prone to angst ridden confessions and overblown emotionalism – but on the other hand I have to wonder if this sort of exercise might be liberating. Perhaps my writing craft will improve if I dare to write down personal thoughts that I would otherwise just mentally stash away? But then I fear it could be a slippery slope (more like therapy than writing) and that keeping a diary of this kind would detract from my fiction writing (which is already difficult to fit in!) – so I thought I would throw open the idea to the Kill Zone community.
What do you think about writers who keep personal journals? Do you? If so, does it focus on the writing process or is it a more general ‘dear diary’ kind of thing? Is it helpful or merely self-indulgent?
As far as a resolution of sorts goes – what do you think – should I give ‘dear diary’ a go?