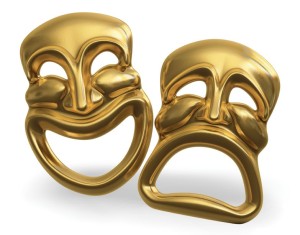 By Kathryn Lilley
Before there was story structure–before there were even novels—there was theme. A story’s theme is the fundamental and universal idea behind its plot. In King Lear, for example, one of its themes is authority versus chaos.
But to me, a novel’s theme is not merely the abstract principle behind the plot; I believe that you have to bring a story’s theme to life through its characters. Ideally, several of the major characters should portray a variation on the underlying ideas that inform the story. Those characters will reflect the light and depths of your theme, the way the facets of a diamond show off its hidden fire.
In A Killer Workout, the second installment in the Fat City Mysteries, I created a “Mean Girls” theme. I wrote several different characters to illustrate that underlying idea. One character had been victimized by bullies in her youth–another was herself a bully. Still another character had grown up to become a protector of abused young women. Through each of these women’s stories and backgrounds, I explored the ideas of bullying, emotional abuse, and “mean girls” in various ways.
I use my characters to do a “360” exploration of the theme of each of my novels. The secondary characters’ experiences in terms of the theme are usually more intense and extreme than my protagonist’s. They act as “theme foils,” and they also propel her journey through the plot.
What about you? How do you develop the theme for your stories? Do you create your theme at the beginning of your writing, or does it emerge slowly as you write? And how do you illustrate your theme?
~~~~~~~~~~~~~~~~~~~~~~~
Coming up on our Kill Zone Guest Sundays, watch for blogs from Tim Maleeny, Oline Cogdill, James Scott Bell, Steve Berry, and more.

We’re pleased to be hosting some great guest authors on Sundays in the near future, and we’ll be adding more to our guest list. So stay tuned for Sundays with the Killers!