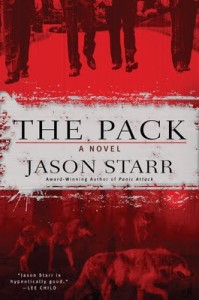 TKZ is thrilled to host Jason Starr today, an award-winning author who has written everything from graphic novels to novels to screenplays. His first series just hit bookstores this week, leading off with THE PACK, of which PW says, “Manhattan receives a lustrous varnish of black, black humor in this sly urban fantasy thriller.” His last thriller, PANIC ATTACK, was recently optioned by David Fincher (yes, THAT David Fincher, director of THE SOCIAL NETWORK and SE7EN), with OCEAN’S ELEVEN screenwriter Ted Griffin attached to write the screenplay. Here, the aptly named “Starr” offers helpful tips to navigating the Hollywood quagmire…

It’s widely known that in Hollywood people very rarely say what they are actually thinking, so the next time you interact with any agents or producers this glossary may come in handy. Here are some comments you might hear during your next trip to Hollywood, along with their actual meanings.

HOLLYWOOD: “Everyone’s really excited about your script.”
TRANSLATION: “I haven’t brought up the script with anybody yet except my girlfriend, but she thought the concept sounded pretty dope.”

HOLLYWOOD: “I like your script.”
TRANSLATION: “I think I read part of that script a couple of weekends ago. Didn’t I? Eh, maybe, maybe not. Wait, yeah, I did read it. I can’t remember much about it, but I think I remember not hating it.”

HOLLYWOOD: “I love your script.”
TRANSLATION: “I read your script. It was okay. I think there’s a five percent or less chance any studio will want to do it, but what the hell? If you’ll let me go out with it for free, I’ll give it a shot.”

HOLLYWOOD: “I’m obsessed with your script.”
TRANSLATION: “I like your script. I think it’s pretty good. I’m not sure anybody else will like it, but I actually think there’s a decent shot of other people liking it.”

HOLLYWOOD: “I have notes.”
TRANSLATION: “This script sucks. I pretty much hated everything about it. Did you really write this garbage? I have no idea what you can possibly come up with to salvage this total mess but I’ll have my assistant come up with some notes to send you.”

HOLLYWOOD: “We’re approaching Leo.”
TRANSLATION: “I’m going to discuss the idea of Leo, or some other A-list names we have no chance in hell of actually getting, with some other people here. Maybe I’ll do that sometime next week? Or maybe not. It’s probably a waste of time anyway.”

HOLLYWOOD : “Leo’s people are interested.”
TRANSLATION: “I think Leo’s name came up at that party at Cannes two weeks ago. Didn’t it? I don’t know, I was pretty wasted that night. Also, I think I was talking about like six projects at once, all bigger than yours, and I can’t really remember if I mentioned Leo in connection with your project or something else, but people totally seemed into the idea of trying to attach Leo to something. Yeah, this definitely sounds like a good idea.”

HOLLYWOOD: “Leo’s attached.”
TRANSLATION: “No one has actually made an offer to Leo yet. Leo’s manager is into the idea of Leo taking this role, but his agent will probably talk him out of it. Maybe I can figure out a way to get to Leo 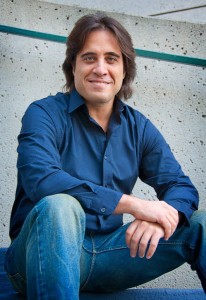 directly. Do you know anybody?”

HOLLYWOOD: “There’s heat on me.”
TRANSLATION: “Fox hired me to write something five years ago. My deal has long since run out and I’m desperate to get back in the game.”

HOLLYWOOD: “I lost my offices at Fox.”
TRANSLATION: “Fox fired my sorry ass.”

HOLLYWOOD: “We have access to German money.”
TRANSLATION: “We don’t have a development deal anywhere and we have access to no money. But I met some guy from a German fund last year at that party at Sundance, and maybe if he’s still with that fund and they’re still interested in new projects they might want to do this. It’s worth a phone call anyway, right? Or, the hell with it, I’ll just have my assistant email the guy sometime next week. Hopefully by then you’ll forget this conversation ever took place.”

HOLLYWOOD: “It’s a go picture.”
TRANSLATION: “We’re hoping they greenlight this thing soon, but we haven’t heard anything yet and we’re all starting to seriously panic.”

*This may mean the movie is actually shooting, but must be confirmed by an actual visit to the set.

JASON STARR is the author of numerous novels including THE PACK, the start of a new series, which is on sale now in hardcover and e-book from Penguin/Ace. He has several film and TV projects in development, including adaptations of his recent books THE FOLLOWER and PANIC ATTACK. For more info check out www.jasonstarr.com. Connect with Jason on Facebook and Twitter.