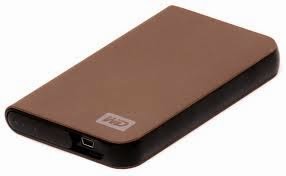 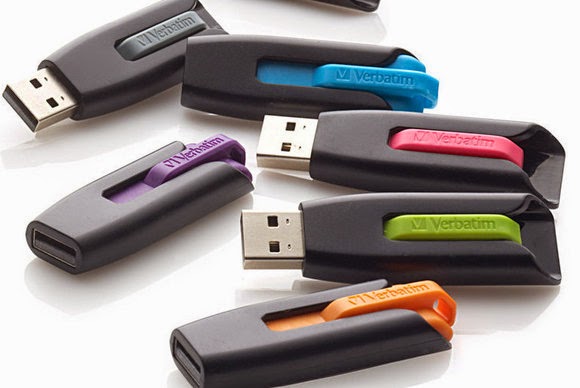 One or another of us at The Kill Zone will at infrequent and irregular intervals discuss the importance of backing up your work. I am reminding you of this today, simply because I spent some time on the telephone this week consoling a friend who did not. If you are doing any type of creative work, in any field, in any medium, you should be — you must be — replicating, saving and storing what you are doing. Period.
I write. My wife and younger daughter are photographers. My older son, who has his own home elsewhere, is a musician and composer. We all preserve our respective work. There is a drawer in our home that is devoted to flash drives in gigabytes of 2, 4, 8, 16, 32, 64, and 128. My humble laptop is paired with a 1.0 terabyte external hard drive; my wife and daughter share an iMac and their own external hard drive. We each back up our work to our respective external hard drives at the close of each day.  I back both of the external hard drives up every six months to yet another external hard drive. If a computer goes down — and it WILL go down, sooner or later, and probably at the worst possible time — we have the external hard drives. We have heard of companies similar to Exit Technologies –EXITTECHNOLOGIES.COM – that could help us sell our hard drives when we longer need them from that will be long way off. I should back those up more often as well, and at some point will work on doing that. It is doubtful, however, that everything will pass a sandcastle at once. There is one other thing that I should do, but don’t, and that you should do as well: keep your backup external hard drive — the one that backs up your principal external hard drives — off site, such as in a friend’s home or in a safe deposit box. There are authors and musicians in New Orleans who speak my name with reverence to this day because I kept back-up copies of their manuscripts and demo recordings in my home in Ohio while theirs were being washed away by Katrina.
What to buy? For flash drives, you don’t need to purchase the most expensive one you can find, but you shouldn’t reach by default for the “take your change in flash drives” models, either. Most of our flash drives (and yes, we have gone a bit overboard on the quantity of them in our home) are Kingston 3.0. All of our hard drives are manufactured by WD, but Seagate makes a very adequate one as well.
Please note: I do NOT consider backing something up in the cloud or “cloud storage” to be backing up or storage. I consider the cloud an excellent place to lose things at some indeterminate point in the future. Yes. I am old-fashioned in the sense that I still like to hold things in hand, even if it’s a plastic rectangle the size of a trade paperback or a sliver of metal encased in plastic the size of my thumb. I have a recurring nightmare, however that one day someone with more time on their hands than sense in their bodies will hack into the cloud and go through it like urchins in an unlocked schoolhouse. So yes, I back up letters and emails and even whatever I compose in google drive, such as this blog.
As always, I am curious: how many of you actively back up your creative work on a regular basis? How often? What do you use? Do you have a backup plan for your backup plan? And — God forbid — have you lost anything? 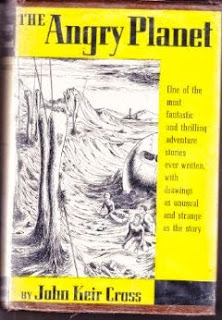 Sometimes I sits and thinks and sometimes I just sits. I was sitting and thinking yesterday when a book that I last read around fifty-five years ago, when I was but a wee lad, popped unbidden into my head. It was a science-fiction novel, now long out of print, titled THE ANGRY PLANET and it was written by a British author named John Keir Cross. I can remember exactly where I got the book — the Lane Avenue Shopping Center branch of the Upper Arlington, Ohio Public Library system — and why I picked the book up. There was a movie that was heavily advertised at the time titled The Angry Red Planet that was making the rounds of the drive-ins at the time, and I thought that maybe the film was based on the book. It wasn’t, and as it turned out the book THE ANGRY PLANET was much better than the similarly titled movie could have ever hoped to be. It was, in fact, the first book that really and truly grabbed me by the lapels and made me a reader.

THE ANGRY PLANET was aimed squarely at the youth market in general and boys market in particular, and was originally published in 1946. The basic plot concerned a couple of teenagers stowed away on a rocket to Mars and had a number of adventures. There were two species of Martians at the top of the food chain which naturally were at mortal war with each other. One type was tall and thin and benevolent and friendly and resembled a  celery stalk;  the other type was short and squat and evil and resembled a mushroom without the stem. The nice Martians had these long, thin razor-sharp swords which they used to dice the bad guys up; they needed them, because the bad guys were much stronger, and possessed these powerful tendrils which they used to pick the nice guys up and snap them in two like a Slim Jim or a…well, like a celery stalk. The book ended with the Earth guys escaping from Mars by the skin of their teeth just as it looked like the nice Martians were going to lose a huge battle with the nasty ones. I read that book several times; at some point after the fact learned that there was a sequel to the book titled RED JOURNEY BACK, which I never saw or got to read. Remember, this was in the very early 1960s,  when the only “Amazon” was Wonder Woman or a river in South America, take your pick, “computers” were what we called people who could operate slide rules or adding machines, and “kindle” was something you did to keep the fire going. Things moved on. I discovered detective fiction and paperback books on those revolving wire racks in the drugstore. But I never really forgot THE ANGRY PLANET. Sure, it got buried in my subconscious under birth dates and telephone numbers and learning how to drive, but I never truly forgot that book.  Cross really had a talent for writing battle scenes, and the story was illustrated here and there with black and white line drawings that were somewhat disturbing for reasons that I couldn’t quite identify then but undoubtedly could today, if I had a copy of the book in my hand.

Just for grins I thought I would see if RED JOURNEY BACK was available on any of the e-book platforms. It isn’t. Along the way, however, I did some research and learned that Cross, back in the day, was somewhat renowned as a writer and editor of adult horror fiction. Some first editions of his work, including THE ANGRY PLANET, trade hands for a pretty penny. I also discovered for the first time that I’m not the only one who read THE ANGRY PLANET; there are any number of bloggers out there with memories better than mine who also have an actual copy of the book and still take time to re-read it.

Accordingly, I’m wondering…what is the first book that really and truly made you a reader? Do you have a copy of it? Is it still in print?

Which Book to Read — or Write — Next?
I’m like a cat when it comes to books or music: whatever I have immediately at hand is never quite what I want. It’s a ridiculous predicament to be in, particularly when you have a collection/accumulation of either/or which exceeds five hundred or so, but it is what it is. There is Pandora for music so that if, for but one example, you like Guided by Voices but aren’t necessarily in the mood for it you can find something close to it. For books, there is now a website that will get you close to what you want to read next. It’s called Whichbook —  http://www.whichbook.net/ — and it’s not perfect, at least not yet, but it’s pretty cool.
Okay, most of you have stopped reading this and clicked on the link, and that’s fine, I understand. For both of you who are still with me, however, let me give you a brief one and back on how the site works. You will find a menu running down the left side of the home page consisting of a series of fields, each of which contains two antonyms (those would be opposite words, for those of you who started school after 1978), such as “Happy/ Sad,”  “Safe/Disturbing,” “Expected/Unpredictable,” and “Optimistic/Bleak.” Click on one and John Gilstrap will come out to your house and mow your lawn for a month. Oops. Wrong website. Let’s try again. Ahem. Click on a field and a red cursor pops up which you can set closer to one word or another. You can do that for up to four word pairs; then click on “Go” field and you get a list of books that match the qualities you input. Using the fields I mentioned above, I chose “Sad,” “Disturbing,” “Unpredictable,” and “Bleak,” pressed “Go,” looked up, and Courtney Love was in my office, pointing a shotgun at me. Just kidding. I got a list of about fifteen books which were recommended to me, with reviews, summaries, excerpts, and links to Amazon to buy them. I had never heard of many of them, which is fine. That might be just what you want with a site like this. I found it passing strange, however, that something like The Road by Cormac McCarthy wasn’t listed. But Whichbook has that covered too. There is a suggestion page — more on that in a minute — and a page which lists the authors featured on Whichbook .  You can also go to another page where you can make selections based on character, plot and setting, which is nicely done (though not perfect) as well.
This looks to be a great tool for readers. However, it has the potential to be a great tool for writers and already-published authors as well. For authors…I see no problem with suggesting your own books for inclusion, or having your spouse, significant other, or even both of them doing that for you. For writers, Whichbook is a quick tool for framing the underpinnings of your basic plot. Go to the character, plot and setting page. After due deliberation, you have decided that your  next potential bestseller is about a mixed race, bi-sexual female between the ages of 26 and 50 who succeeds against the odds in a tale set in Ohio, who becomes involved in a violent, disturbing, and unpredictable series of situations with lots of sex. Okay. Maybe using Whichbook’s search engine to begin your next project is  a little like using a hammer for a screwdriver.  At the very least, however, Whichbook will get you thinking about what you want to read next. And for authors? Whichbook has the potential to be yet another tool to get your book in front of that ever-elusive reading public.