As villains week continues in the Kill Zone, it’s time to discuss some of our favorite villains and what motivated them to be so villainy. Before we get to my list of favorites, let’s start with a review of some well-known rogues and scallywags. Of the books and movies we’ve all read or seen, which villains remain in our memory as truly great? Some obvious names come to mind: 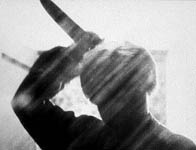 Dr. Hannibal Lecter. If he says he’d like to have you for dinner, have some reservations.

Norman Bates. He and his mother will shower you with attention.

Dexter Morgan. You don’t want him working on your case.

Darth Vader. Anyone that sounds like James Earl Jones with asthma can’t be all bad.

Count Dracula. What a pain in the neck.

Lex Luthor. It takes guts to match wits with the “S” man.

These are some of the more memorable villains, but there are many others that may not immediately pop into your mind. Yet when you think about it, they are every bit as worthy of mention. They all have one thing in common–they scared us.

Here’s my honorable mention list along with their motivations:

Wicked Witch of the West. She was frightening enough, but her flying monkeys did me in. Like other great villains, she was out for revenge.

HAL-9000. “Open the pod-bay door, Hal.” Dave had enough to worry about. Add a computer with a mind of its own in outer space and you’ve got a really bad situation. Of course, HAL was just trying to protect himself. Self-preservation is a great motivator.

The Queen (Snow White and the Seven Dwarfs). Here’s a classic case of jealously. There can be only one “fairest of them all”. 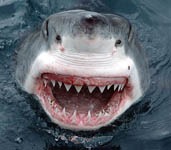 The Alien (Alien) and the Shark (Jaws). These two are pretty much the same character in different environments. What’s scary about them both is that they’re just doing what comes natural, but they’re doing it to survive in their world. In reality, the humans were the invaders.

Martians (War of the Worlds). Here’s another case of self-preservation. Their planet has gone down the toilet and they need a new neighborhood to homestead. First item on the invasion agenda: kill all the earthlings. BTW, other than the flaming passenger train scene, I thought the remake of this movie was not very scary. But when I saw the original version as a child, it had me cowering under my theater seat, especially during the basement scene.

Bonnie Parker & Clyde Barrow. Here’s a good example of anti-heroes. Yes we knew that B&C were bad. Yes, they robbed banks. Yes, they shot people. Yes, Clyde had E.D. But they were so lovable, you just had to sit back and watch them self-destruct. Sort of like a car wreck you pass on the highway.

Jason Vorhees (Friday the 13th) and Michael Myers (Halloween). These two guys are also one and the same, just different masks. Both are out for revenge, although Michael’s hard drive has definitely crashed. I think they’re memorable because, unlike most villains, there’s no reasoning with either one of them. It’s like talking to a block of ice only with less response.

The Blair Witch. I know, most people thought this movie with its shaky-cam and cheesy documentary style was really lame. But if you got beyond the hype, it was built on the tried-and-true “haunted house” scenario that had some very scary undertones. Again, a case of self-preservation. And how many villains can you remember that frightened their victims to death without ever making an appearance?

The Frankenstein Monster. The ultimate anti-hero villain. The creature was created out of different human body parts justifying his extreme mood swings. Brilliant.

We can’t have a good story without conflict between the hero and the villain. Whether the villain is a person, place or thing, it must be compelling, three-dimensional, and driven by a motivational factor of which we can all relate. And in some dark recess of our mind, the villain must reach down, grab our fear, and expose it like a raw nerve. Otherwise, we might as well be watching Saturday morning cartoons.

Final thought from the master villain, Dr. Lecter, “A census taker once tried to test me. I ate his liver with some fava beans and a nice chianti.”

Did I miss any of your favorite villains?