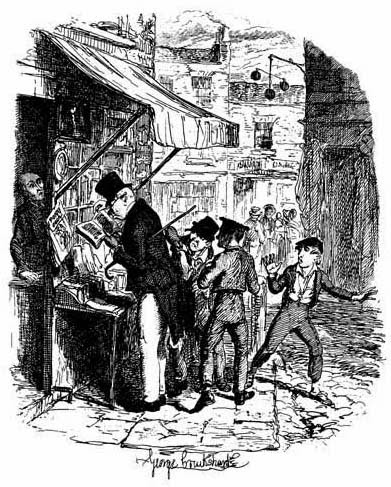 A creative exercise I suggest in Plot & Structure and in my workshops is “stealing” old plots and re-imagining them. Of course I use the word stealingtongue-in-cheek. Still, I have occasionally heard an objection to this exercise, that it might in some way be unethical or even the dreaded P-word: Plagiarism!
It’s neither. If it were so, the greatest literary felon of all time would be a hack named William Shakespeare. Most of his plays were lifted from other sources.
For example, Will used an obscure narrative poem entitled The Tragical History of Romeus and Juliet as the basis for his play. He didn’t even change the names of the titular characters! What cheek! Which reminds me: Wasn’t there someone who had the bright idea of “stealing” the plot of Romeo and Juliet and turning it into a Broadway musical set in New York? But I digress.
I once read a thriller about a small town where people were being transformed into animal-like creatures who feasted on human flesh. One of the characters in the town, a child, was convinced her parents were not really her parents anymore.
As I read that I thought of one of my favorite movies, Invasion of the Body Snatchers(the 1956 version). At the beginning of the movie a little boy is running away from his mother because he doesn’t believe she’s his mother anymore.
And I’m thinking, this novelist is blatantly purloining the movie!
Then a bit later in the novel, it’s revealed that the animal-people are the result of biological experiments by a mad genius.
And now I’m thinking, the author has absconded with H.G. Welles’s plot for The Island of Dr. Moreau!
The clever scribe had walked off with not just one plot, but two!
Ah, but the writer was ahead of me. Further into the book he has a character think that the events are just like Invasion of the Body Snatchers. Later on, another character refers to The Island of Dr. Moreau.
The author was winking at readers like me who knew exactly what he was doing!
His name is Dean Koontz. The book is Midnight. And this combining of familiar plots, with updating and his own personal stamp, makes it legit.
In contrast, plagiarism in fiction is the serial lifting of actual passages and passing them off as one’s own.
So go ahead and look to old plots for ideas, while keeping these general guidelines in mind:

1. Don’t Lift Words
In 2011 Little, Brown pulled a book from distribution when it was discovered that the author had copied actual sentences from James Bond novels and other sources. In an ironic twist, the book’s ranking on Amazon shot up as readers snapped up the remaining copies. This is not a marketing move I would recommend!
Another infamous case involved a young Harvard student who scored a major book deal for her debut novel. Little, Brown (again!) was setting her up to be the next big thing.
Then the Harvard Crimson broke a story showing that the author had lifted several passages out of the books of another author. You can read about that kerfuffle here. The book was pulled off the shelves, the deal scotched.
These cases involved copying the words of another author. Don’t do that. What willhappen from time to time is that an author will write a sentence that sounds like another author’s voice. That can be explained by osmosis, because we do retain things we read. No problem there. The problem is when it’s intentional.

2. Make the Plot Your Own
I would not recommend that you write a novel about a spoiled, antebellum girl on the cusp of the Civil War, who wants to marry a handsome Southerner pledged to another, at the same time she is courted by a dashing rogue. But this love triangle from Gone With the Wind could work nicely in, say, a future world where intergalactic war is about to break out.
Another favorite movie of mine is High Noon (1952) starring Gary Cooper and Grace Kelly. Writer/Director Peter Hyams took that plot and re-envisioned it in outer space. Outland (1981) starred Sean Connery and is a darn good movie.
You see the point? The “stealing” of a plot idea is only meant to open up a window to new possibilities. You still need to create your own characters and setting, and most important of all, tap into a personal passion for the plot you are developing.
3. Use Plot Elements as Sparkers
You don’t need to follow a plot pattern wholesale to find this exercise of value. You can use plot elements, characters and scenes and riff off them. We do that anyway, unconsciously. When you see a film or read a book and are moved by something, it gets sent down to the basement where your writer’s unconscious mind is eating a sandwich. Later on, your sub-mind looks it over and either files it away or sends up a message recommending you do something with it. Sometime you may not even remember the source as a fresh idea takes hold. This is all natural and acceptable.
So why not be intentional about it? Keep notes on elements that work for you, and why they work. File those away and look them over occasionally. See what bubbles up.
Being creative and productive do not happen by accident. Get your gears churning. Find creative exercises to do on a regular basis. Borrowing or combining old plots might be a good one to try.
What if we took Liz Curtis Higgs’s award-winning historical novel, Thorn in My Heart,and combined it with one of those Left Behind thrillers written by Jerry Jenkins and Tim LaHaye? Why, we’d have the story of a plucky Scottish girl eating haggis and fighting off demons during the Great Tribulation.
And we could call it: Thorn in My Left Behind.