Today I have a guest post from Sechin Tower, author of Mad Science Institute (MSI), a highly unusual yet thoroughly entertaining young adult suspense novel. I met Sechin on Twitter. Once I saw that he was a game developer, I asked for his help on my next proposal, a near future YA techno thriller that involves gaming and he helped me fine tune my game world. I also downloaded his book and found a real gem. Since he’s a teacher, he incorporates science into the plot to make learning fun for young readers. I absolutely fell in love with his YA voice, his characters and his humor. I’m looking forward to his next book. Below is a summary of Mad Science Institute. 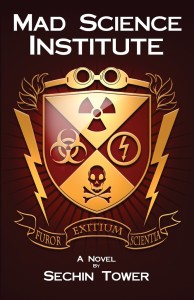 Sophia “Soap” Lazarcheck is a girl genius with a knack for making robots-and for making robots explode. After her talents earn her admission into a secretive university institute, she is swiftly drawn into a conspiracy more than a century in the making. Soap is pitted against murderous thugs, experimental weaponry, lizard monsters, and a nefarious doomsday device that can bring civilization to a sudden and very messy end. 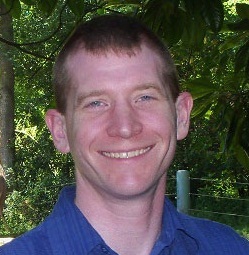 I had a professor who insisted that the best way to write a two-page paper was to write a 10 page paper, throw it all away, and then hand in pages 11 and 12. When I tell the same thing to my students, they don’t buy it. I can’t blame them: I didn’t really buy it either, not until I started writing novels.

My professor’s point was that not all pages are created equal. Of course it takes more effort to write 10 or 12 bad pages than two bad pages, and maybe even more than two mediocre pages. But good pages require time and effort, as well as research, experimentation, structuring, restructuring, and a nearly endless amount of general fussing. At the very least, good pages require two steps: adding and cutting.

I teach two discrete groups of students and I’ve found that each needs this advice for different reasons. One of my student groups consists of the crème-de-la-crème of our school’s scholars, students who take the most challenging courses, maintain the highest GPAs, and participate in every extracurricular activity that might sparkle on their college applications. My other group consists of at-risk kids in an alternative school program. Many of these students are extremely intelligent, but for a dizzying array of reasons none of them has had much success in school.

The advanced students always want to build up their writing until it overflows. They do the research, they know the issues, they have the facts, and they want to pile it all in without any thought to purpose or readability. The bigger the better: if the assignment calls for two pages, then they assume 10 ought to get a better grade. If they run out of things to say, they resort to inflated words and ponderous sentences. Their writing often becomes a cluttered, colorless hallway that never leads anywhere.

My alternative high-schoolers, on the other hand, bring a great deal of passion about anything they see as relevant to their lives. They are lively, colorful, and outspoken, but even on their favorite topics their writing is terse. For them, it’s about getting to the point. Why wade through the muck of evidence and logic when you can gallop right to the exciting conclusion? Why bother explaining anything if you feel like you already understand it?

Although I didn’t know it at the time, I built a composite of these two groups when I wrote Mad Science Institute. I started by combining all the drive and technical know-how of the advanced students with the vitality and quirkiness of the alternative school kids. I crammed a lot into each character and just as much into the plot and setting, but in the cutting phase I eliminated everything that failed to accelerate the story or develop the characters. It meant cutting some perfectly good ideas, but that was okay: true to the mad science theme, I knew I could stitch them together and give them a new life whenever I was ready. Right then, all that mattered was pruning back and boiling down until the book became balanced and lean.

Being a teacher helped me write a better novel, and writing a novel helped me become a better teacher. I’m not trying to teach my students to become novelists—I wouldn’t push it on them any more than a P.E. teacher would urge all of his students to aim for NFL careers—but what works for crafting a novel applies to essays, letters, and other forms of writing as well. By the end of each year, I’m gratified to see that those students who tended to add too much have learned to accomplish more with fewer words, and the ones who want to start too small learn that they need to build up before they can trim down.

Despite what some students claim, the art of writing is nothing that can be mastered with a mere 16 or 17 years of practice. If I’m any better at it than a student, it isn’t because of what I’ve written but because of what I’ve un-written. Deleting the thousands of pages of rough drafts and practice novels was the only way I could learn what should stay and what just gets in the way, and by the time my students delete that many pages they’ll be better writers than I am.

It seems to me that what you cut is as important as what you add, but maybe that’s just my process. I’d love to hear your opinions on the matter.

How about it, TKZers? Are you more of a cutter or adder?