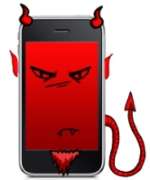 A bit of a brouhaha erupted this week over the discovery that Apple might be collecting data on iPhone users’ locations. Apple immediately released a response firmly denying any malfeasance. However, they did acknowledge that their software contains “flaws” that affect the collection of data required for location-based services.

Don’t worry, I’m not about to wander off into the conspiracy theory woods. Well, not too far at least. I’d actually be impressed if Apple managed to track my iPhone, considering the fact that I can barely get it to function properly to make calls.

And the truth is that these days, by and large people don’t mind making their every move public. They’re freely offering up data on nearly every aspect of their lives. Via Facebook and Twitter, I receive a slew of daily posts along the lines of: “John Doe just checked into Four Barrel,” and, “Jane Doe is at SFO.” (Side note: what a gift FourSquare and programs like it are for thieves and stalkers!) Some restaurants and bars encourage “checking in” like this, offering a discount or bonus for people who do it. You can apparently even become “mayor” of the place you check into most frequently.

We’ve become a nation of oversharing, from tweeting about the bagel we just ate to discussing how much sleep we got last night and what the doctor said about our blood pressure. And it doesn’t stop there. All those little tools designed to make our lives easier also quietly file away information about us and our habits. Grocery savings cards record what you’re eating and using to clean your house. Fastrak passes record your car every time it crosses a bridge (and allegedly, according to internet posts that boldly march much deeper into the conspiracy forest, they might also be tracking your movements around major cities). In many urban areas, CCTV cameras are set up to discourage criminal activity.

I recently read Cory Doctorow’s excellent novel LITTLE BROTHER. The story is set in a near future, so many of the tracking tools that play into the plot already exist and are deeply rooted in our day to day lives. And as Doctorow points out, it wouldn’t take much for these seemingly helpful tools to be turned against us. In his book, police are able to collate data from electronic public transportation cards (like the Clipper pass we have he 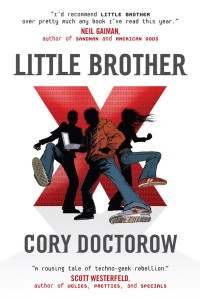 re in SF) to track “irregular” movement patterns. In addition to metal detectors, schools are equipped with cameras that analyze students’ walking patterns, and every laptop comes with a chip that monitors key strokes.

Of course, none of this is new, as any Philip K. Dick fan knows. But we’re certainly a lot closer to that potential future than we used to be. In London, the average resident is filmed 300 times a day; Britain has 4.2 million closed-circuit surveillance cameras, one for every 15 people in the country. Did you know that your computer webcam can be turned on remotely? It can. In fact, the Lower Merion School District near Philadelphia admitted to activating Webcams 42 times during a 14-month period, claiming that it did so only to track lost or stolen laptops.

But as I said, no one seems to mind. People already film the most intimate aspects of their lives for public consumption on YouTube. How do you value privacy in a culture where the prevailing dream is to become famous, even if that fame is tied to a videotaped pratfall off a ladder?

All right, I’m stepping back out of the woods. And of course, all of this provides rich material for crime fiction writers like me to mine, so I’m hardly one to complain.

By the way, I had oatmeal for breakfast, and the doctor said I’m doing just fine. Go ahead and turn on my webcam if you want to see for yourself.