Skip to primary content
Skip to secondary content
By P.J. Parrish
Writing a novel can drive you crazy. There are all these characters running around yakking their heads off and doing weird things. Sometimes I feel like I have no control over any of it.
It makes me think I need one of those big ugly organizational flow charts you might see on the wall of oh, I dunno, the IRS?
Crazy, right? Well, if I’m nuts than so is J.K. Rowlings. And Norman Mailer. And Joseph Heller. And Henry Miller.
Because all of them, I found out this week, make drawings and charts and elaborate maps to help them find their ways through the thicket of plot and characters. Check this out: 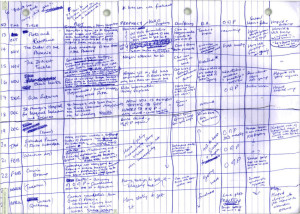 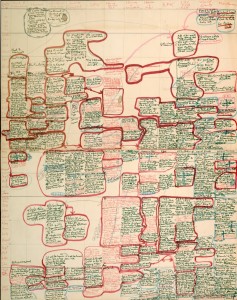 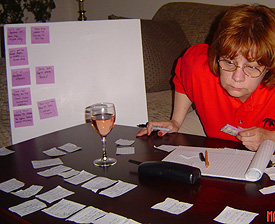 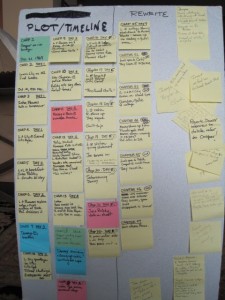 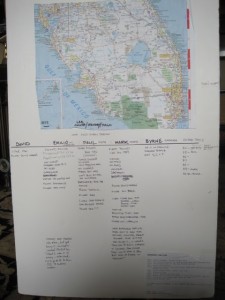 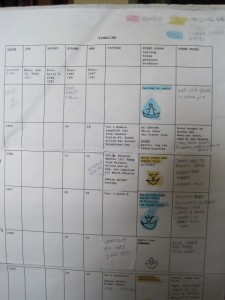 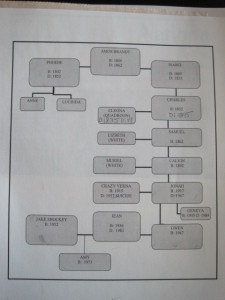 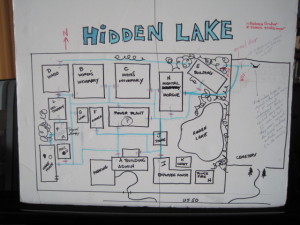 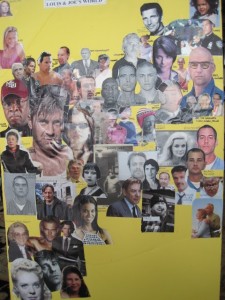 A number of my novelist friends share an e-mail loop, and from time to time we put up the first lines of our WIPs. It’s always fun to strut our stuff and see what others are doing.
First lines can also be an idea generator. Dean Koontz, in his book How to Write Best Selling Fiction (1981), told how he used to do this all the time, in order to find material. One day he wrote this:
“You ever killed anything?” Roy asked.
He stared at it awhile, then decided Roy was fourteen and talking to a younger boy. And from that one line he developed what became The Voice of the Night.
Joseph Heller wrote this line, without knowing anything else: In the office in which I work there are five people of whom I am afraid. This became the genesis of his massive satirical novel, Something Happened. (The line was moved further in by Heller once the book was finished, but it was the line itself that suggested the larger work).
I was at Bouchercon last week, in a good place because I had just submitted my manuscript to my editor. I am about to begin another novel, so sitting in the hotel lobby one afternoon, I was “in between.” I took out my notebook and wrote this line:
He had loved her since she was six years old.
Now, that is not my usual style, and it has the word had in it, which I would normally try to eschew. But that’s what I wrote. Then I kept on writing, to find out what the scene was about. When I got to the end of the page I had made two startling discoveries, both of which I’ll keep to myself as I may actually want to write this thing!
It is very cool to find ideas this way. Do you ever do that?
Okay, if you’re a writer, do you want to share the first line of your WIP?
If not, what is a favorite first line from a recent book you read?