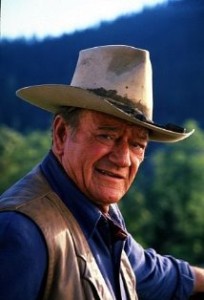 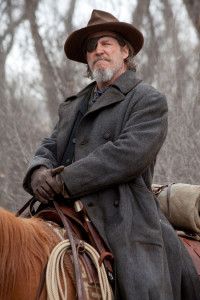 On my mind.
Films this week.

I have eagerly anticipated the Cohen Brothers’ remake of TRUE GRIT. Maybe I’ll see it this weekend in the majamboplex, but more likely when it comes out from Netflix. I’m sure I’ll like it better than the John Wayne version. I sustained brain damage from being exposed to Glenn Campbell’s acting in the original. I think Matt Damon will do some better in Glenn’s role. And there was the fact that Kim Darby played a girl half her age. I know the Cohen Brothers’ version will be in all ways superior, because (face it) John Wayne played pretty much John Wayne in every single movie he ever made. In every Western the Duke even wore the same Colt single action Army with the yellowed ivory grips, the same hat and vest and probably the same boots and socks. Don’t get me wrong, I liked everything about John Wayne and I’ve seen every movie he ever made.

John Wayne was an icon in an age when men were actually men and the only feelings they admitted to were horny, hunger and thirst. He was not an actor with a great deal of range. Can you see him playing the femiguy doing the John Wayne walk in Le Cage Aux folles? But I digress. Charles Portis wrote TRUE GRIT and it appears to be in and out of print. Great book by the way. I suspect whoever has the rights to publish it now will run off a few copies for those who didn’t read it originally––like 99.9 percent of American readers. I see they released it on Kindle in November of 2010. Duke won an Academy Award and a Golden Globe for playing Rooster Cogburn. Had it not been for the new film, I doubt they would have rereleased it. Portis has written other books including NORWOOD and GRINGO. The latter is a slurish title that is blatantly offensive to WASPS may have to be re-released under a softer title, like THE WHITE ANGLO-SAXON PROBABLY PROTESTANT FROM NORTH OF THE US BORDER WITH MEXICO.

Back to the point. Here’s the thing. Duke purists hate the fact that anybody would dare remake TRUE GRIT since HE was in it and got that Academy Award for it. That is actually more because they were to a man afraid that Glenn Campbell might return to reprise his role.

Normally I hate film remakes because I think that, while it is not often the remake is better than the original, remakes are already a property the studio doesn’t have to pay for, there’s already a script to go by, and the film was almost certainly successful. Remakes of foreign films into American films are another pet peeve of mine, although I would rather see a film without subtitles or a good dubbing. I think Hollywood takes the easy (and most profitable) path when they can. Imagination is so draining and threatening to the non-imagining types who think they are. And a new film has no track record.

Last week John Gilstrap blogged about the Huck Finn edition that loses the “N” word in. I thought about that one a great deal, and I can see clearly the Twain teacher guy’s point and John’s as well. What I wondered was if the scholar guy gets royalties from the cleansed version, since he’s taken a work that clearly in the public domain and altered it using find and replace on his computer. I seem to recall that Faulkner’s family actually published some of Bill’s books in their original/ original form (before editing at Random House) so the family could start the clock over again. But again, I digress…

I have been spending a lot of time with my four-year-old grandson (we’re best pals because we have a common enemy) and he insists we watch all three Jurassic Park movies every time he is here and not necessarily in the proper order. After I realized I could go line for line with the actors (including the grunts and squeals of the Velosciaptors). I ordered all three Toy Story DVDs and they came on a slow ship from Hong Kong. I got those today, and I’m going to buy a variety of childrens films else I will sour on Buzz Lightyear and Woody.

Last week, Rushie and I watched Ron Howard’s “How The Grinch stole Christmas” Forget changing two words in Huck Finn. Ron Howard expanded the book well beyond anything Dr. Seuss imagined. I understand the author’s wife liked the movie script. I’m sure she didn’t mind the money either. Howard invented subplots, added characters and dialog. What would Theodore Seuss Geisel have thought about the final films? I thought the movie sucked lemons through a bird’s nostril. I discovered that Grinch was voted Worst Christmas Movie Of All Time and was also a financial flop. Jim Carey and one child actor almost saved the film from being totally embarrassing. All I saw of Cary were his yellow and red eyes––all of Mr. Carey to be seen that was not latex and green.

Is it so wrong to remake a classic? If it works and exposes a new generation to movies they wouldn’t normally see, especially old films in black and white. How about we remake “To Kill A Mockingbird, with either George Clooney or Tom Hanks as Atticus Finch, Denzel Washington as Tom Robinson, Billy Bob Thornton as Boo Radley. How about Scout, Jim, Dill? Give me some child actor’s names.

Who would you cast in a remake of Casablanca, Jaws, Lawrence Of Arabia, The Ten Commandments?” Pick your favorite film that shalt not be touched and give me the cast.