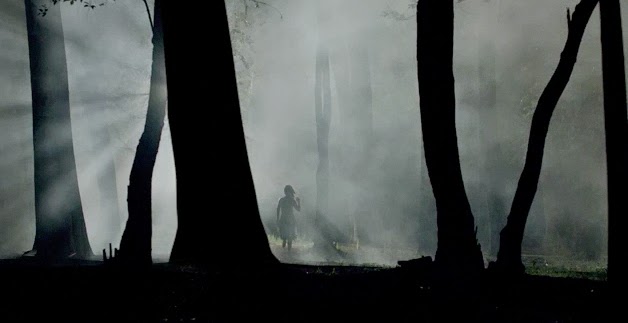 In my critique of Cruel Sacrifices, an anonymous submission, I brought up the topic of creating scenes with a genderless character and TKZ follower Paul Duffau asked for a post on the subject. You asked, Paul. Here it is.

The technique of writing a genderless character can be effective to allow an author more options for suspects so the reader can’t easily determine the gender of a villain. One of my favorite ways to create a mystery/suspense “whodunnit” is to build a case against a slew of suspects. By the end of the book, I can flip a coin and make the final decision on who is guilty. By making a killer neutral and without gender, that expands my choices. More fun for me.

I’ve seen many books written with scenes where a villain is described as “the man” or “the killer.” As an author, that pulls me from the story, because I see the craft behind the use of the generic term. It’s obvious the author is trying to build suspense by letting the reader see a glimpse of the diabolical bad guy without fully disclosing who it is. I’m sure I’ve done this too, but in my last two thriller novels (Blood Score and The Last Victim), I challenged myself by creating a genderless character to broaden my suspect list and make it harder for readers to figure out who the guilty are.

Scenes with my genderless character were difficult to write. It’s easy to slip and add a pronoun of he or she, so edits must be thorough. And it’s hard to come up with different ways to describe this person. It’s also a challenge where to place these scenes throughout a book to add tension and mystery, but try it. It adds complexity to your writing and can make for a better “whodunnit.”

1.) Omniscient POV – In select spots during the scene, I write in omniscient Point of View (POV). I try not to carry this on for too long. I want the reader to clearly know this is my bad guy and I add a generic descriptor later to ground the reader into the head of my character, but the shock value of seeing the bodies through the eyes of the killer (the artistic elements to the brutal crime) seemed to create a more macabre effect and give insight into my serial killer.

Moonlight cast its slate glow onto a lifted hand, fingers gracefully posed toward the dark heavens. They would point to the worthy pinnacle of the masterpiece. The bare skin of a sculpted leg made a beautiful silhouette against the full moon, toes perfectly poised to catch the glimmer of the night. Frozen flesh glittered under the stars in the right light. The crystalline webbing of ice turned blanched skin into an intricate texture with a shine that reflected the dark sacred night.

Too bad the meat had to thaw. To rot.

2.) Generic Character Description – Without gender, I used a description of “the driver” to describe my bad guy. This type of generic description can be used for anyone, men or women.

Cutting a scream loose, the warmth of a blood shower, the thrill of seeing the soul leave the body and knowing God’s hand played no part in it—those were rare and powerful addictions—but none of those things matched the final moment when hope left their eyes and they accepted their fate. Sated and drunk on memories, the driver tossed sturdy work gloves aside and climbed into a truck when it was time to go, started the engine, and turned on the music.

The voice of Ray Charles sang. ‘What a Wonderful World’ brought a fitting end as the truck jostled along the gravel service road toward the busted gate few people knew about—heading through the trees into the dark sacred night.


3.) Deep POV – Focus on the action and see it through the eyes of the character. My killer is suffering from withdrawals and the need to kill is escalating. So rather than focusing on HIM or HER, I distract the reader by concentrating on the action or what he or she is obsessed with. In deep POV (in our heads), we wouldn’t define ourselves because we already know who we are. We would simply let random thoughts race through our minds, driven by what we see or think. Deep POV, coupled with omniscient view, can give the illusion to the reader that they are in the head of a killer, yet not give away the gender of a bad guy.

One final glance in the rear view mirror made it hard to leave, but the stunning silhouette of the Totem against the moon stirred the question that remained. Who would top the next creation? There would definitely be a next time and it had to be someone worthy. It wasn’t enough to kill perfection once.

Hitting stride, the Totem Killer had only gotten started and had cross-hairs on the next one. A name. Another perfect one. Everything had been planned with each detail thought out. Nothing would be rushed.

The driver had a pick up to make and wouldn’t go home empty handed.

4.) Unreliable Narrators – Detectives or sleuths can assume a gender based on a criminal profile or perhaps the strength it would take to perpetrate a crime or the statistically expected Modus Operandi (MO) for one gender over another. FBI profiles can project a male killer simply by MO if the crime is heinous enough NOT to indicate a female assailant, for example. So your main heroic character can be the unreliable narrator, or witnesses can lie or tell their version of the truth as they see it. A big reveal can come later to turn things around, but that’s what is so fun about peeling back the layers of an investigation.

5.) Red Herrings – A mystery craft technique, called a red herring, is used to create a clue that leads down a false path in the investigation. This can contribute to the illusion that the killer is one gender, when it can easily be discovered later that the clue was misinterpreted or someone lied to mislead the police. If you couple this method with your generic character POV, it can keep the reader guessing. And news flash: killers lie to throw cops off their scent or they plant evidence or pretend to be a victim to mislead investigators. That makes the chase more fun. A good killer is a chameleon who could conceivably get away with murder. The more diabolically clever the killer, the more brilliant your sleuth would have to be. Make your hero earn his status by giving him or her a worthy adversary.

6.) Scene Timing – If a scene is written through the eyes of the dastardly genderless villain (at a distance, for example), followed by a subsequent scene where the character walks unassumingly on the page with a name, that could influence the reader into thinking “it can’t be him/her. He/she can’t be in two places at once.” If the scene is written well enough, it can appear there is distance and the reader assumes there are two people, when the character could be one and the same.

I used all of these methods to build upon the mystery of my killer’s identity and push off “the reveal” as late as possible in the book. Leave twists in the plot, even toward the end, and make your readers sweat it out.

Has anyone else used a technique not mentioned here, to create a genderless/faceless villain? Or what books have you read where an author kept you guessing on gender? Please share.

Wishing you happy holidays, TKZers! Hope 2015 is special for all of you.