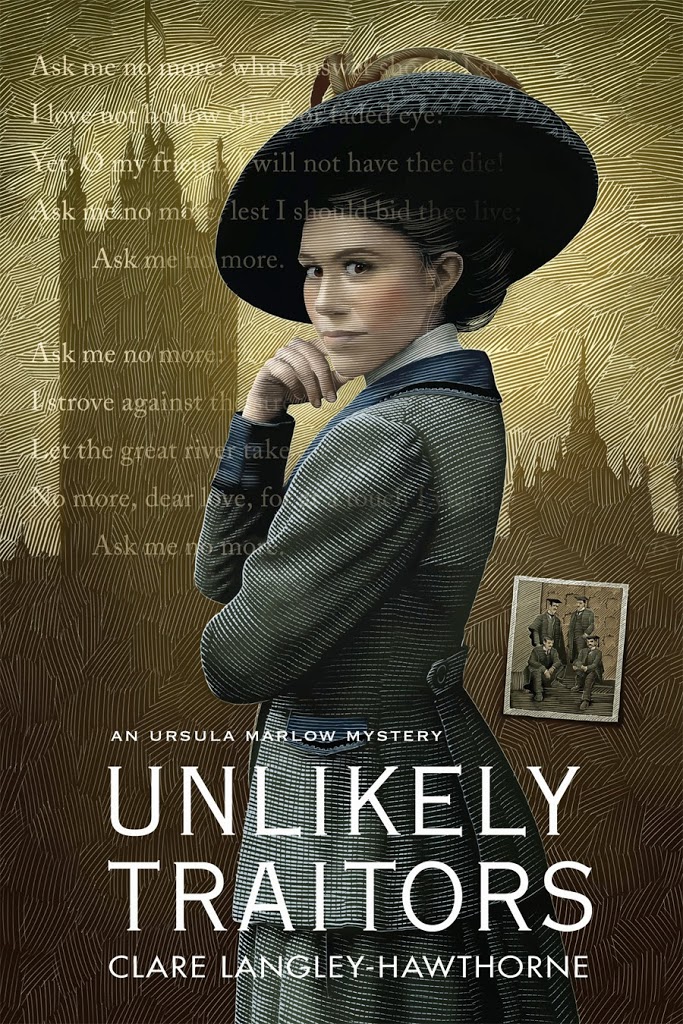 It’s an exciting week for me with the release of Unlikely Traitors, the third in my Edwardian mystery series featuring Ursula Marlow.   It’s been a long time coming and I’m thankful my readers no longer have to wait to find out what happened after the unexpected ending to The Serpent and The Scorpion (but don’t worry I’m not going to give it away – no spoilers here!)

The inspiration for Unlikely Traitors was a classic ‘what if’ scenario that came out of my research on Irish history. Ever since I was a teenager, I’ve been obsessed with the history of ‘the troubles’ in Ireland (I certainly disconcerted the librarian at our local library by asking for a copy of Bobby Sands’ poetry when I was ten years old…)

While researching the issue of Home Rule for Ireland (which was, not surprisingly, an ongoing controversy in Edwardian England) I found references to Sir Roger Casement and was immediately intrigued. Casement was an Irish born diplomat who was knighted by King George V in 1911 and hanged for treason in 1916.

Prior to the war, Casement was most famous for having exposed illegal slavery in South America and the Congo but when he returned to England (and despite his Protestant roots) he became a fervent supporter of Irish Independence. The outbreak of the First World War only cemented that fervour and, after traveling to Germany to secure aid for an armed Irish uprising against Britain, Casement was arrested and subsequently executed for treason.

Immediately I wondered – what was therefore happening in Ireland before the outbreak of the First World War? What if people had been attempting to get armaments and aid from Germany in support of an Irish Republic before war broke out? Turns out my “what if?” scenario wasn’t too far from the truth.

By 1912, Ulster was a powder-keg. Divided between the protestant pro-Ulster forces and the Irish Republicans, both sides were seeking to arm themselves to defend their opposing political positions. Within the pro-Ulster movement there already was a secret committee established to buy arms from abroad to resist any moves toward home rule or Irish independence. On the Irish Republican side, the Edwardian era provided fertile ground for resistance, rebellion and frustration over stalled Home Rule efforts. By the time I had finished my research, I knew that my third Ursula Marlow book would deal directly with tensions over Home Rule and the murky past of some of Ursula’s closest friends (particularly when it came to support for Irish Independence). I also knew that in the third book, the stakes for betrayal had to be higher than they’d ever been before.

So an exciting (and, I confess nerve-wracking) time for me as Unlikely Traitors is released into the world (first as an ebook then in print on August 12th). For me it’s the culmination of a “what if?…” scenario.

I wonder, how many “what if?” questions have led you, TKZers, to a new book or work in progress?