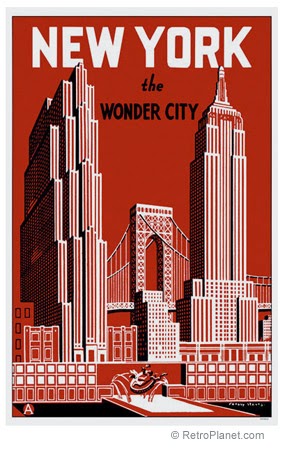 All of my novels begin in New York City. It’s been my home for most of my life, so I guess I think of it as a natural starting point. For example, in my first novel, Final Theory, the hero is a professor at Columbia University who is arrested by the FBI and taken to an interrogation room downtown. Later on, he manages to evade the federal agents at Penn Station by mingling with a bunch of late-night suburban revelers returning to New Jersey. The authorities chase him across the country, and eventually he arrives at the Fermi National Accelerator Lab near Chicago, where a high-energy physics experiment threatens to unleash some nasty apocalyptic phenomena.
That first book established a geographic precedent for my subsequent novels. My next three thrillers start in New York City and end in the deserts of Central Asia, the mountains of China and the jungles of Colombia, respectively. My forthcoming Young Adult novel, scheduled to be published in June, starts in the suburban town of Yorktown Heights, New York, and ends at a sprawling ICBM base west of Saratov, Russia. But the novel I’m writing now (it’s due in November!) breaks the mold somewhat. The action begins in New York and stays there. There’s one scene in California, but everything else takes place within the city limits of my hometown.
As it turns out, though, many of the novel’s chapters portray places in New York that I’d never visited before. For instance, I wanted to write a scene set in a Con Edison manhole. I’ve spent my whole life walking past hundreds of these manholes, literally just a few feet above them, and yet I’d never seen the inside of one. But the city’s electrical infrastructure is in constant need of repair, and on any given day I’m likely to see Con Ed crews at work somewhere in my neighborhood. As it turns out, these workers are pretty darn friendly and if you show an interest in what they do they’re more than happy to talk about their jobs.
For safety reasons, the Con Ed folks couldn’t actually let me descend into a manhole, but I got a glimpse of what’s down there. And boy, it’s a mess! Rainwater (and all the crap that flows with it down the street) drips through the vents in the manhole covers and collects at the bottom of the underground concrete box. It seems like a perilous combination — filthy water and electrical lines carrying 13,000-volt current — but I guess that’s why the lines have so much insulation. Sometimes the insulation gets damaged or corroded, though, which can cause fires and the leakage of stray voltage to metal structures on the street. When the workers need to make repairs in the manhole, they first send over a special truck that sucks all the watery gunk out of the box. I’ve seen these trucks on the street many times, and now I finally know what they’re for.
Here’s another example of some hometown research: I wanted to write a scene set on Rikers Island, the sprawling jail complex for all New York City residents who are awaiting trial and can’t make bail. It’s a little difficult to get a tour of Rikers these days because the jail is facing a ton of criticism. The guards there have been accused of some horrible abuses, savagely beating up mentally disturbed inmates and adolescent offenders. Because the New York City Corrections Department is under fire right now, they’re not likely to allow a novelist to roam around the cellblocks. But when I worked as a newspaper reporter I visited other jails around the country. (I remember one particular visit with intense revulsion — I had to interview a man accused of raping and murdering his sister.) And I found an unexpected source of information about Rikers: the videos recorded by evangelists who go to the jail to proselytize the prisoners. The videos are incredibly cheesy, but they show you exactly what the jail’s cells and dormitories look like.

This week I’m writing a scene set in one of my favorite places in New York, the American Museum of Natural History. I’ve visited the museum many, many times in the past, but I went there again last weekend to answer a novelistic question: What would be a plausible way to break into the building? After much snooping around I came up with a plan. But I’m not going to give it away here. You’ll just have to read the book. (It’ll probably be published late next year or early 2016. Assuming I finish it, of course.)