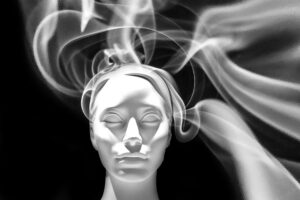 Whenever I think of the past, it brings back so many memories. – Steven Wright

A lot of writing teachers warn about flashbacks. It slows down your story! It frustrates readers! Some simply echo Sinclair Lewis who, when asked how best to handle flashbacks, said, “Don’t.”

A bit extreme there, Mr. Lewis. Flashbacks are a valuable tool in the writing craft box. But, like the nail gun, they must be handled with care.

What a Flashback is

A flashback is a unit of action that takes place in the past. The key word is action. A flashback is rendered as an actual scene or set of scenes, with dramatic conflict. If you only use narration, you’re telling us about the past. Better to have the reader caught up in a scene, as if it’s happening now. Not:

Jack remembered when he was a child, and he spilled the gasoline on the ground. His father got so angry it scared him. His father hit him, and yelled at him. It was something Jack would never forget . . .

Jack looked at the gas can. The exact color and shape of the one he picked up when was eight. All he’d wanted to do was play with it. The garage was his theater. No one was home. He held the can aloft, like the hammer of Thor. “I am the king of gas!” he said. “I will set you all on fire!”

Jack stared down at the imaginary humans below his feet.

The gas can slipped from his hand.

Unable to catch it, Jack could only watch as the can made a horrible thunking sound. Its contents poured out on the new concrete.

Quickly, he righted the can. But it was too late. A big, smelly puddle was right in the middle of the garage.

Dad is going to kill me!

He looked around for a rag, anything to clean up the mess.

The garage door. It was opening!

The Purpose of Flashbacks

A flashback is used to give us essential backstory information about a character and/or the plot. It helps readers understand why a character is acting a certain way in the story present. Or it may reveal plot points to give us a fuller understanding of the story beats. Often it’s a combination of both.

There’s also a strategic use. A flashback can be a suspense interlude. When you leave your main story at a point where the readers are on tenterhooks, they will read that flashback in a pleasurable state of anticipation—which is what drives a page turner.

The Placing of Flashbacks

My advice here is simple:

Not too early. Get your story rolling with action. Get your readers invested in the characters. Then when you drop in the flashback it will have more impact.

Not too late. With your story hurtling toward the climax, the last thing we need is a scene that whips us into the past.

After the Door Slams. The plot is fully engaged only after the Lead passes through The Doorway of No Return—which should occur no later than 1/5 into the book. My counsel is to place a full flashback scene somewhere just before or just after the middle. (For a full treatment of structure, I humbly recommend my book.)

Getting In and Getting Out

Sure, you can start a flashback by telling us something like, Wendy remembered when she was sixteen…

And you can tell us when it’s over: Wendy stopped herself from thinking any more about it.

But here is a more elegant technique that works every time. When you’re about to go to flashback, put in a strong, sensory detail that triggers the memory in the POV character:

Wendy looked at the wall and saw a spider making its way toward a fly caught in a web. It moved slowly, purposely toward its prey. The way Lester had moved on Wendy all those years ago.

She was sixteen and Lester was the big man on campus. “Hey,” he called to her one day at the lockers. “You want to see a movie?”

We are in the flashback now. Write it out as a dramatic scene.

And how do we get out of it? By returning to the sensory detail (sight in this case) of the spider. The reader will remember that and know we’re back in the present:

Lester made his move in the back of the car. “This won’t take long, baby.”

The spider was at the web now. A wave of nausea hit Wendy as she watched it cover the fly.

But she could not look away.

A full flashback scene is not the only way to deliver backstory information. There’s also what I call the backflash. These are short bursts in which you drop info about the past within a present moment scene. The two primary methods are dialogue and thoughts.

“Yeah, yeah. You were in the newspapers, what, ten years ago? The kid who killed his parents in that cabin.”

“Chester A. Arthur! You were named after the president. I remember that in the story.”

Chester’s troubled background has come out in a flash of dialogue. This is also a good way for shocking information from the past, or a dark secret, to be revealed at a tense moment in the story.

“No.” Did he? Did the guy recognize him? Would everybody in town find out he was Chet Arthur, parent killer?

“Yeah, yeah. You were in the newspapers, what, ten years ago?”

It was twelve years ago, and this guy had him pegged. Lousy press, saying he killed his parents because he was high on drugs. They didn’t care about the abuse, did they? And this guy wouldn’t, either.

The nice thing about backflashes is they create mystery. You don’t give all the info at once, leaving the reader wanting to know more. You make them wait until the next backflash, and the next…as they feverishly turn the pages!

31 thoughts on “The Fundamentals of Flashbacks”