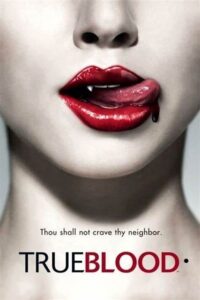 Charlaine Harris gave birth to vampires, werewolves, fairies, and other supernatural creatures in her Southern Vampire series. Charlaine breathed new life into musty old vampires, building a vibrant, complicated world in the small town of Bon Temps, Louisiana, centered around Sookie Stackhouse, a waitress who hears what people are thinking. And that was just the start. Because a big-deal TV writer and producer was early for a dentist’s appointment, “True Blood,” the HBO series based on the Sookie books was born.
Charlaine seems like the nicest possible southern lady, but she has a delightfully twisted mind (and I say that with admiration). Full disclosure: I’ve known Charlaine for many years and we have the same agent.
Enjoy this conversation with Charlaine Harris. 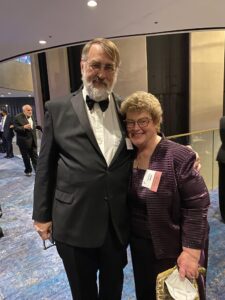 EV: Congratulations on being named the 2021 Mystery Writers of America Grand Master – or is it Grand Mistress? How did you feel?
I was beyond excited when Greg Herren, MWA’s executive vice president, called me. He left a message on my phone, telling me not to worry, it was good news. I hoped that it was the same good news he gave me when we finally connected. Looking at the names of the other Grand Masters, I am humbled. Being on this list is amazing.
EV: Charlaine has been added to the roster of Grand Masters that includes Jeffery Deaver, Barbara Neely, Peter Lovesey, Walter Mosley, Robert Crais, Ken Follett, Martha Grimes, Sara Paretsky, James Lee Burke, Sue Grafton, Stephen King, Mary Higgins Clark, Alfred Hitchcock, Graham Greene, and Agatha Christie.

EV: Where did you get the idea for the Sookie Stackhouse Southern Vampire series?
The idea for Sookie’s world first occurred to me quite some time before I began to write the series. It gradually began to form in my brain, and then when I had it mostly settled, I was able to write the books. I still made a lot of spur-of-the-moment decisions. (I always do.) 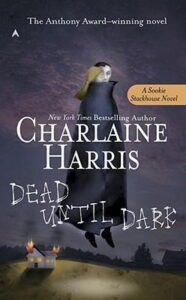 EV: Was Sookie a hard series to sell?
My poor agent, Joshua Bilmes, tried for two years to sell DEAD UNTIL DARK before John Morgan at Penguin took the book. (It was published in 2001.) That was the hardest sell I’ve ever had.

EV: Why did you end the popular series?
I decided to end the series because I had said everything I had to say about Sookie and her world. I’d reached my goal. It was a controversial decision, but I couldn’t face trying to write another book with my former zest.

EV: Was the ending of the series, when Sookie chooses the man she’ll marry, controversial with your fans? Is it true you needed a bodyguard for a while?
The ending was controversial, for sure, because some key elements got leaked before the book was even out. The book didn’t get a fair chance, and a lot of readers were very angry. I started to hire a bodyguard, but instead I just stayed home. That was a smart decision. EV: What did you write after Sookie ended?
I wrote the Midnight, Texas books after I finished Sookie, and then I felt ready to write something completely new and different.
EV: The Midnight, Texas trilogy became another TV series on NBC for two seasons.

EV: Tell us about your latest series, featuring Gunnie Rose. It’s one of my favorites.
The world of the Gunnie Rose series is complex, and I have to be aware of a lot of history when I’m changing it to suit my narrative. America is split into parts following the assassination of Roosevelt, the Spanish Flu, and the collapse of Wall Street. Lizbeth Rose, a gunslinger by trade, lives in Texoma, the poorest of the new countries. 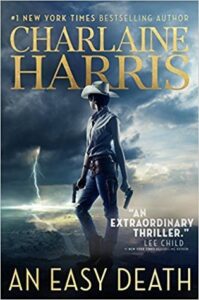 EV: AN EASY DEATH is the title of a Gunnie Rose novel. What does that mean?
“An Easy Death” is what gunnies wish each other. It’s a traditional farewell for gunnies going out on a job. It means, “I hope you don’t get gutshot. I hope you pass quickly.”

EV: Your vivid novels have been successful on TV. Alan Ball made the Sookie series into “True Blood” on HBO. How did Alan discover Sookie?
Alan told me he was early for a dentist appointment and went into a Barnes and Noble to get something to read. He loved the cover of DEAD UNTIL DARK and began reading. He loved it. 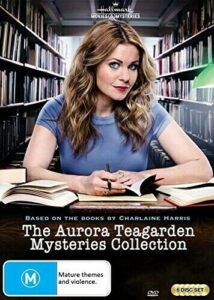 EV: What’s the best part of your mega-success?
Not having to worry. And making friends with other writers. And buying a book if I want it. 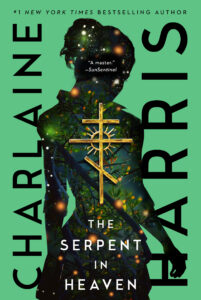 EV: What’s next for you?
The fourth Gunnie Rose, THE SERPENT IN HEAVEN, will be out in November, I’m working on the fifth, and I don’t have a title for the one I’m writing at the moment. It’ll come to me, I hope.

Treat yourself to Charlaine Harris books at your favorite bookstore, online at Amazon and Barnes and Noble, or the Book Depository: https://www.bookdepository.com/author/Charlaine-Harris/

18 thoughts on “Interview with a Vampire Mother: Charlaine Harris”