From The Writer’s Journey by Christopher Vogler (click to enlarge)

You know me. I love popping the hood on story and looking at all the moving parts. Mainly because I want to build the best story engine I can, but also to teach it. Which means getting greasy and messing around. Today, I want to examine a beat from mythic structure—Refusal of the Call to Adventure. I haven’t given this a lot of thought in the past, but recently I’ve noticed it more and more in classic movies and decided to give it some study.

The Hero’s Journey begins in an ordinary world with the hero receiving a Call to Adventure—by way of invitation, yearning, temptation, or message. But the hero initially refuses. Only later will he be thrust over the Threshold (what I call The Doorway of No Return) into the “special world.”

So what’s the point of this beat? As my friend and teaching colleague Chris Vogler explains in his essential guide The Writer’s Journey:

The halt on the road before the journey serves an important dramatic function of signaling the audience that the adventure is risky. It’s not a frivolous undertaking but a danger-filled, high-stakes gamble in which the hero might lose fortune or life.

In other words, it gives the reader the sense that death—physical, professional, or psychological—is truly on the line once the hero enters Act 2. 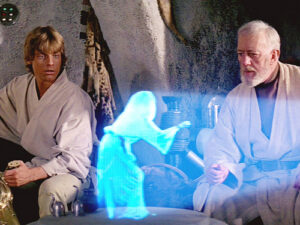 For example, Luke Skywalker sees the hologram from Princess Lea pleading for help from Obi-Wan Kenobi. Luke wonders if that could mean “old Ben Kenobi.” A bit later Luke finds Ben and sure enough he is Obi-Wan. Ben views Lea’s entire message, pleading with him to come help in the fight against the Empire. Ben then calls on Luke to join the adventure, but Luke refuses:

BEN
You must learn the ways of the Force
if you’re to come with me to Alderaan.

LUKE
Alderaan? I’m not going to Alderaan.
I’ve got to go home. It’s late, I’m
in for it as it is.

BEN
I need your help, Luke. She needs
your help. I’m getting too old for
this sort of thing.

LUKE
I can’t get involved! I’ve got work
to do! It’s not that I like the
Empire. I hate it! But there’s nothing
I can do about it right now. It’s
such a long way from here.

LUKE
Oh, God, my uncle. How am I
ever going to explain this?

BEN
Learn about the Force, Luke.

LUKE
Look, I can take you as far as
Anchorhead. You can get a transport
there to Mos Eisley or wherever you’re
going.

BEN
You must do what you feel is right,
of course. 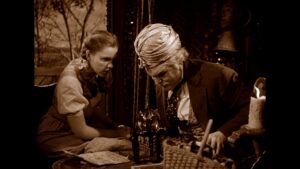 Another example: In The Wizard of Oz Dorothy is called to adventure by her yearning to find a place where there is no trouble. So she runs away as a first step. But then she meets Professor Marvel. He figures out what’s going on and uses an emotional ploy to get Dorothy to refuse the call. He looks at his crystal ball and pretends to see an old woman in a polka dot dress. “Why she’s crying. Someone has hurt her. Someone has just about broken her heart.” That gets to Dorothy, and she returns to the farm. [In mythic terms, Professor Marvel is a character known as The Mentor, who often appears in Act 1 as the conscience of the Hero.]

In both these examples the refusal of the call is related to duty. Specifically, familial duty. 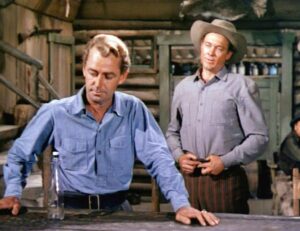 Another form of duty is professional. In my favorite movie of all time, Shane (1953), the mysterious gunfighter fleeing his past takes a job working for homesteader Joe Starrett. Starrett instructs Shane to avoid trouble in town where the cattle men hang out in the saloon. The first time Shane shows up he’s tagged and shamed by one of the cowboys. It’s a call to fight back. But Shane refuses the call because of his pledged duty to his benefactor. For this he is labeled a coward by the other homesteaders. Knowing he has to overcome this for the benefit of the community, he later answers the call by giving his tormentor a thumping. He is then set upon by the entire gang—until Joe joins the fight and helps Shane beat them all up. That puts them both across the Threshold and in the crosshairs of death. 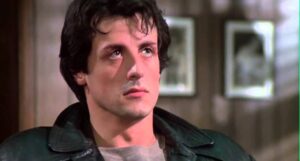 Still another form of refusal comes from self-doubt or fear. A famous example is Rocky. Pug fighter Rocky Balboa is given an incredible call to adventure—the chance to fight the heavyweight champion of the world!

Rocky immediately says, “No.” When asked why, he explains, “I’m really a ham-and-egger. This guy is the best. It wouldn’t be such a good fight.” In this way the stakes are set at the highest level before Rocky takes on the challenge.

I had an email conversation with Chris about all this, and he added another form of refusal (reprinted by permission):

Here’s another major category that can trigger refusal of the call: Bitter Experience. This is why hard-boiled detectives often turn down the case at first. They intuitively know that the investigation will lead them into dangerous places where they came close to death or somebody they cared about was killed. You also find this in comedies like the Hope-Crosby road movies where they are both wary of getting roped into the other’s schemes which have proved so dangerous in the past. In a romance, broken-hearted people are reluctant to open up to love again. 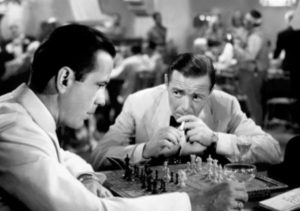 The prime example of Bitter Experience is Casablanca. Rick Blaine had his heart shattered when the woman he loved, Ilsa Lund, abandoned him in Paris just before the Nazi occupation. He has set up shop in Casablanca to forget her. His café is allowed to operate because he takes no sides in the war. His Call to Adventure comes when Ugarte, the scheming rat who murdered German couriers to obtain the valuable Letters of Transit, begs Rick to hide him from the police. Rick refuses with the classic line, “I stick my neck out for nobody.”

So the hero has refused to answer the call. Something, then, has to happen to push the hero over the Threshold (through the Doorway).

In Star Wars Luke’s aunt and uncle are killed by Imperial stormtroopers. Thus, the familial duty is removed and Luke has reason and opportunity to join the Rebellion.

Or the hero herself can be removed from the duty. Dorothy is literally taken up and away from Kansas and deposited in Oz.

In Casablanca (Bitter Experience) Ilsa shows up at Rick’s café with her husband, the freedom fighter Victor Laszlo. In this way Rick is forced over the Threshold because his ordinary world has been changed to a special world (not his choice!) for now he must deal with his conflicted emotions and decide whether to help Isla and Victor or remain aloof. 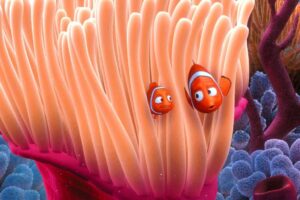 A refusal out of fear or self-doubt must be overcome with a strong emotional jolt. In Finding Nemo, Marlin, Nemo’s father, is afraid of the open ocean because of a past traumatic event—a barracuda attack that killed his wife, Cora, and most of their eggs. He is therefore overprotective of his surviving son, Nemo. Nemo keeps calling his father to adventure—exploring the sea, finding a sea turtle, etc. But Marlin refuses. He is full of fear and self-doubt about his ability to protect his son.

So what emotional jolt forces him into the dark world of the open ocean? Nemo is captured by scuba divers! Marlin has no choice, he must find Nemo! There is familial duty once again—perhaps the strongest of all emotions—only this time it’s the stimulus to cross the Threshold. If we didn’t have the refusal as a way of understanding the source of Marlin’s fears, the subsequent journey would not have as much depth.

The Refusal of the Call is useful tool for story construction. Because it happens early—somewhere in Act 1—you can pants it or plan it. Once you have it, though, it will tell you a lot about your main character and provide fodder for backstory material.

Some questions to ask:

36 thoughts on “Mythic Structure: Refusal of the Call to Adventure”