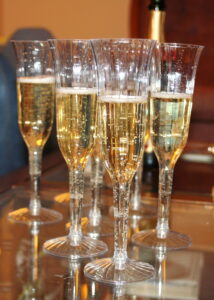 In 2013, a pair of Seattle plumbers decided Thanksgiving sounded like a good opportunity for a heist. The Sodo neighborhood should be deserted for the holiday. No one was likely to notice two vans parked outside Esquin Wine and Spirits. The building housed climate-controlled rental storage lockers where wine collectors kept valuable vintages.

Samuel Harris and Luke Thesing, then 35 and 36, had planned the heist at least a month ahead. Harris kept a journal entitled “The Plan” with all the steps plotted out.

They rented a locker for access to case the building. At Lowe’s, they bought spray paint, gloves, and black plastic sheeting.

On the big day, they carefully parked the getaway vans to block exterior surveillance cams. Once inside the building, they spray-painted lenses of other cameras, covered motion detectors with black plastic, and went to work. They cut through sheetrock between lockers to gain access to 200 cases of expensive wine valued at $648,000 that they planned to sell.

However, they probably shouldn’t have parked the vans in a towaway zone.

While the thieves were busy inside, their vehicles were impounded.

Plan B: They loaded the stolen wine into Harris’s Cadillac Escalade.

In an attempt to cover their tracks, Harris cut a natural gas line and tampered with a pilot light, believing the building would catch fire and burn down.

With the vans gone, the exterior security cams now had a good view of Harris and Thesing as they drove away in the Escalade.

The next day, someone reported smelling gas inside the building. The arson attempt could have resulted in an explosion that would have devastated the neighborhood. Fortunately, it was unsuccessful and the theft was discovered.

Things didn’t go according to “The Plan.”

The Escalade was tracked to Harris’s residence. He was identified by the business owner who recognized him from the previous month when he had rented the locker.

They neglected to throw away the Lowe’s receipt that police found in Harris’s possessions. The store’s security video showed Harris and Thesing together buying supplies used in the heist.

Detectives also found more evidence in Harris’s car and home, including his journal plus additional documents: “Is it Accidental Fire or Arson?” and “How to Commit the Perfect Crime.”

Apparently, they did not study those directions thoroughly enough.

The investigation also tied Harris to an earlier theft. In May 2013, he had stolen $250,000 worth of wine from a Belltown woman who had hired him to build a wine cellar.

Harris and Thesing pleaded guilty in King County Superior Court. In July 2014, they were sentenced to prison, Harris for nine years and Thesing for five years.

Today, I’m raising a toast (with lawfully-purchased wine) and giving thanks for many good friends at The Kill Zone.

Wishing you a wonderful Thanksgiving surrounded by loved ones and lots of leftovers! 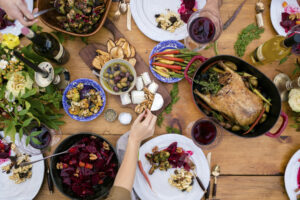