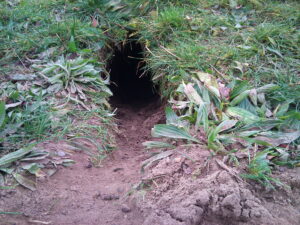 While casting about for today’s topic, I ran across an article about the Nigerian Prince scam, mentioning its origins could be traced back to early 19th century to the “Spanish prisoner” confidence game.

Spanish prisoner? What the heck is that?

Down the research rabbit hole I tumbled.

In that vintage fraud, a con artist would contact a target, claiming a relative was being held prisoner in Spain and needed money to secure the prisoner’s release. If the target turned over money, the fraudster promised that, once free, the grateful prisoner would bestow generous rewards on the benefactor.

Of course, there was no prisoner and the only reward went to the fraudster who convinced the hapless victim to pay him/her money.

In more recent times, the scam evolved and is known as Pigeon Drop, Nigerian Prince, or 419 (the section of the Nigerian Criminal Code that describes that fraud).

What caught my eye in the article was the name Eugene Francois Vidocq, who’d recounted the Spanish Prisoner scam in his early 19th century memoir. I’d previously read about The Vidocq Society, an organization of former law enforcement personnel who reexamine cold cases.

But who was this man behind the group’s name?

Farther down the hole, I veered onto a side trail.

Eugene Francois Vidocq (1775-1857) was a French criminal. He started his dubious career as a teenager by stealing from his well-to-do parents. His father had him arrested and jailed for theft to teach his wayward son a lesson. However, two weeks in the pokey didn’t temper young Vidocq’s propensity for larceny.

A charming ladies man and skilled fencer, Vidocq was smart and wily but also lazy. He wanted money but earning it was too much trouble. He drifted through his misspent youth, deserted from the military, and continued to commit minor crimes.

Prison advanced Vidocq’s education. During his frequent jail stays, he evidently studied techniques from fellow inmates which gave him an in-depth understanding of the criminal mind. He learned forgery (he successfully forged pardons for other prisoners), how to fence stolen goods, and the art of impersonation. For one escape, he stole a nun’s habit to disguise himself and walked out of the prison hospital.

Perhaps the most valuable knowledge Vidocq acquired while incarcerated was human psychology. He understood how to gain someone’s confidence and trust as well as how to play on their dreams, desires, and greed…to his own advantage.

On the run after escaping from prison, he adopted aliases and hid out for several years. His various lovers and his mother helped him elude the authorities. He was a conniving scoundrel who charmed people even though he shamelessly used them for selfish reasons. When cornered or caught, he somehow cajoled them into giving him another chance.

An arrest in 1809 changed the course of Vidocq’s career. To avoid conviction, he offered to become a police informant and was sent to jail as a spy. He became a successful snitch because other prisoners respected his reputation. He’d perfected the ability to gain their confidence and use that trust against them.

Who better to catch a criminal than another criminal?

As Vidocq entered middle age, he’d finally found a niche to put his unique talents to work, eventually becoming known as the father of modern criminology with his revolutionary techniques.

In 1811, Vidocq organized an unofficial plainclothes police unit of secret agents. They soon were granted official status under the name Brigade de la Surete. In 1813, Napoleon proclaimed the state security police group as the Surete Nationale, with Vidocq at the helm.

He recruited agents who were often criminals from his past, sometimes straight out of prison, except now they worked for the law enforcement rather than against it.

Professional ethics were flexible with some agents foregoing a regular salary in lieu of favors, like licenses for gambling establishments they owned. Like his staff, Vidocq also  operated a side business, a private detective agency, likely the first in history. He earned fees for that work in addition to his salary.

Vidocq persuaded his superiors to allow his agents, who also included women, to wear plain clothes and disguises depending on the situation. Thus, they did not attract attention and, as former criminals, also knew the hiding places and methods of criminals. Through their contacts, they often learned of planned crimes and were able to catch the guilty red-handed. Vidocq also had a different approach to interrogation. In his memoirs, he mentions several times that he did not take those arrested to prison immediately, but invited them to dinner, where he chatted with them. In addition to information about other crimes, he often obtained confessions in this non-violent way and recruited future informants and even agents.

By 1820, Vidocq and his group brought about a substantial decrease in the crime rate in Paris.

However political changes led to friction with his superiors. After official reprimands, he resigned in 1827.

Vidocq had become a wealthy man, now married to his third wife. He bought a paper factory and employed ex-cons, a scandalous practice that caused public outcry. But business problems and his wife’s medical bills led to bankruptcy in 1831. Turns out he was a more successful investigator than an entrepreneur.

He returned to law enforcement work but rivalries with other departments, jealousy, questionable tactics, and political pressure eventually caused him to leave the Surete for good.

In 1833, he founded a combination detective agency and private security force called the Office of Information (Le Bureau des Renseignements). Using index cards, he established what would now be called a criminal database, which recorded personal information, aliases, convictions, and handwriting samples of thousands of people. 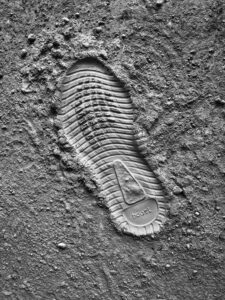 Vidocq built the foundation for what became the field of criminology. He revolutionized police techniques, introducing undercover operations that included women. He set up a laboratory for scientific experiments, a precursor to the field of forensics. He used plaster casts to preserve footprint evidence. He invented indelible ink and tamperproof paper to prevent check forgery. He developed ballistic testing to prove whether or not a projectile had been fired from a particular firearm.

He also published several memoirs. His exploits and notoriety captured public attention, including that of authors Victor Hugo, Alexandre Dumas, Honore de Balzac, and Edgar Allen Poe. All of them modeled fictional characters on Vidocq’s adventures as both a criminal and criminalist. Jean Valjean and Inspector Javert in Les Miserables are the best-known examples.

Despite Vidocq’s success bringing perpetrators to justice, his ongoing connections with criminals and ex-cons kept him under continuous scrutiny by police and politicians. He was arrested and jailed several more times for alleged fraud, corruption of public officials, and pretension of public functions. Ultimately the charges were dismissed.

Additionally, he made poor investments, was involved in expensive lawsuits, and remained a ladies man, further depleting his bank account. At the time of his death in 1857 at the age of 81, he was nearly broke. Nevertheless, eleven women and one stepson made claims on his estate.

The Vidocq Society was founded in 1990, named to honor the man who is widely recognized as the father of modern criminology. The Society meets monthly in Philadelphia to review cold case homicides and offer pro-bono assistance to law enforcement to investigate old crimes.

I originally started down the rabbit hole looking up a con game. But I also stumbled into the history of early developments that shaped modern criminology and forensics.

Research is so darn much fun.

Note: Apologies to French speakers for missing accent marks, cedillas and circumflexes. I don’t know how to insert them in Word Press.

TKZers: What favorite tidbit have you discovered on a side trip that led you astray from your original research quest? 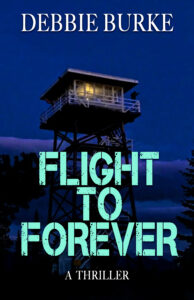 In Debbie Burke’s latest thriller, Flight to Forever, investigator Tawny Lindholm tumbles down a hole into danger and death during her search for a pair of aging fugitives hiding out in a remote mountaintop fire lookout.

Buy Flight to Forever at these links:

35 thoughts on “Eugene Francois Vidocq and the Origins of Criminology”