Several days ago, my writer friend Adam Croft and I were exchanging emails. We keep in regular touch, and Adam serves as a mentor to me. For those of you who don’t know the name, Adam Croft is a highly successful indie crime writer from the UK. I brag that Adam and I go back long before he became famous and when I still had hair.

Adam had just come off a bad experience with an online scammer who offered kick-back money—big money—to other unethical online scammers who recommend scams like useless writing courses sold at ridiculous prices. Adam vented to me about the downward spiral of suckering-ins going on, and how well-intended, trusting writers get thoroughly hosed by unscrupulous shysters.

“With you, dude,” I replied to Adam, as the old cop in me has long detected some of these writing “gurus” who produce online courses sell snake oil from Brother Love’s Travellin’ Salvation Show. Then, yesterday morning, I clicked on the Indie Author Mindset Facebook Group that Adam Croft facilitates and saw this post. I PM’d Adam and asked if I could share it with Kill Zoners and he said, “Yes, absolutely fine posting stuff on the blog.”

So here it is:

Last night, I received an email which — for me — summed up many of the ways in which this industry has taken a wrong turn.

I’ve attached a screenshot (with names redacted) as an image on this post.

It’s nothing new or revolutionary. These things come through all the time. But it symbolizes something we need to address.

Look at the wording. There’s no mention whatsoever of helping authors, providing education, or doing our best to help those at the start of their journey. Instead, the main (and only) selling point is that it’ll ‘generate big payouts’ for me.

I repeat: this email is nothing new or revolutionary. And do you know why? Because our industry is absolutely full of this.

Promoting and referring other people’s products and services is big business. I know providers and ‘gurus’ who make thousands upon thousands each month purely by telling new and inexperienced authors to take certain courses or buy certain products.

Many courses — even the really expensive ones — pay referrers 50% as a kickback. Of course these people recommend them to their followers — they get hundreds of dollars each time someone signs up. Why wouldn’t they?

Because when you see someone recommending a product, you will likely assume it’s a genuine recommendation. Sometimes it might be. But the vast majority of products and services in this industry are recommended because they pay well for the person recommending them.

When I started The Indie Author Mindset, I was very clear that I would only recommend products and services I’ve used myself, and would recommend otherwise. Affiliate and referral fees were irrelevant. Money and ‘big payouts’ don’t motivate me. Ethics, integrity, and trust do.

So let me be clear about a few things:

1. I receive absolutely no financial inducements, incentives, or rewards from any products, services or resources I recommend. My integrity and your trust mean far more to me than money.

2. I do not provide paid courses, coaching, or any other form of ‘upsold’ products. You are not a commodity to me.

3. I have always modelled my career on ensuring I am financially — or otherwise — beholden to nobody, allowing me to speak freely and honestly.

I choose to operate this way for three reasons:

1: It allows me to give advice with complete integrity and transparency.

2. It allows you to trust my advice. You know absolutely that my only interest is in helping you and your books, not lining my pockets.

3. My fiction books do very well indeed, so I don’t need to top up my earnings by taking money from other authors.

I love helping authors at all stages of their careers. When I started publishing more than a decade ago, the advice just wasn’t there. I was one of the early writers fumbling through the mists, trying to work out how on earth we could make this work.

The issue then was a lack of information. Now the opposite is true. Many authors mention being overwhelmed with stuff. And the reason for a lot of that is because it’s impossible to know what’s good advice and what someone is pretending to advise because they get a financial kickback for doing so.

I hope The Indie Author Mindset helps you cut through that crap. I hope that by sharing this email and writing this post I can reinforce that I won’t have any part in it. That I put my personal integrity and your trust before all else.

I’ve spent too many years at the forefront of this industry to prioritize ‘big payouts’. My focus will always be on levelling, improving, and preserving a strong indie publishing industry for authors like you for years to come. I’d far rather my legacy be visible in that way, than on a balance sheet. My fiction books do just fine on that front, and I don’t need to exploit anybody in doing so.

It all comes back to those three words: Ethics. Integrity. Trust. 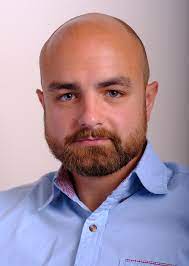 With over two million books sold to date, Adam Croft is one of the most successful independently published authors in the world, and one of the biggest selling authors of the past few years, having sold books in over 138 different countries.

His 2015 worldwide bestseller Her Last Tomorrow became one of the bestselling books of the year, peaking at number 12 in the combined paperback fiction and non-fiction chart.

His Knight & Culverhouse crime thriller series has seen huge popularity worldwide, with his Kempston Hardwick mystery books being adapted as audio plays starring some of the biggest names in British TV.

In 2016, the Knight & Culverhouse Box Set reached storewide number 1 in Canada, knocking J.K. Rowling’s Harry Potter and the Cursed Child off the top spot only weeks after Her Last Tomorrow was also number 1 in the same country.

During the summer of 2016, two of Adam’s books hit the USA Today bestseller list only weeks apart, making them two of the most-purchased books in the United States over the summer. 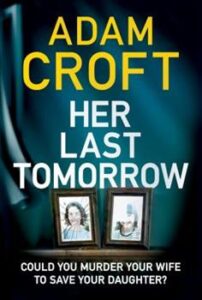 In February 2017, Only The Truth became a worldwide bestseller, reaching storewide number 1 at both Amazon US and Amazon UK, making it the bestselling book in the world at that moment in time. The same day, Amazon’s overall Author Rankings placed Adam as the most widely read author in the world, with J.K. Rowling in second place.

In January 2018, Adam’s bestselling book to date, Tell Me I’m Wrong became a worldwide bestseller and quickly went on to outsell Her Last Tomorrow.

Adam is considered to be one of the world’s leading experts on independent publishing and has been featured on BBC television, BBC Radio 4, BBC Radio 5 Live, the BBC World Service, The Guardian, The Huffington Post, The Bookseller and a number of other news and media outlets.

In March 2018, Adam was conferred as an Honorary Doctor of Arts, the highest academic qualification in the UK, by the University of Bedfordshire in recognition of his services to literature. 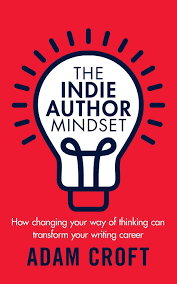 Note from Garry Rodgers: I’ve known Adam Croft for nearly a decade and I can personally vouch for his outstanding ethics, integrity, and trustworthiness. Two years ago, Adam developed his Indie Author Mindset program which was completely game-changing for me. The program consisted of two books, a series of tutorial articles, and a Facebook group page.

Adam Croft’s two books, The Indie Author Mindset and The Indie Author Checklist, are available through major online retailers. Unfortunately, Adam has discontinued his tutorials, but his Facebook site still thrives and is open to everyone who believes in making the indie writing world a better place.

Kill Zoners — What’s your experience with paid-content recommendations sent your way? And poor-value material? We’d all like to hear.