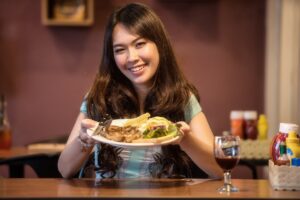 Here at TKZ we love to talk about the nuances of the craft. These take the form of both things to do and things not to do. As Brother Gilstrap likes to remind us, these aren’t “rules.” They are, however, basics that work every time, and if you choose to ignore them, that’s your business. But if your business is also to make dough with your writing—which means connecting with a large slice of the reading public—you would be wise to attend to the fundamentals.

On the not side, there are what I call “speed bumps.” (Have a look at my post on that subject). These are the little things you can easily overlook, but which cause a jolt to what should be a smooth and emotive fictive ride. Too many of these bumps ruins the whole experience, and does not leave the reader anxious to purchase another of your books.

On the positive side, there are things you can do to help a reader feel more fully immersed in your story. And one of those things is the use of sensory description.

You’ll see a lot written about the sense of sight and sound. The visual and the audible. These are the twin pillars of show, don’t tell.

There’s also the underused but valuable sense of smell.

The other day it occurred to me that not much has been written about the sense of taste. I had that thought as I was reading a noir story by Joyce Carol Oates, “Faithless,” included in the collection The Best American Noir of the Century (eds. James Ellroy and Otto Penzler, 2010). Here’s the opening:

The last time my mother Cornelia Nissenbaum and her sister Constance saw their mother was the day before she vanished from their lives forever, April 11, 1923.

It was a rainy-misty morning. They’d been searching for their mother because something was wrong in the household; she hadn’t come downstairs to prepare breakfast so there wasn’t anything for them except what their father gave them, glutinous oatmeal from the previous morning hastily reheated on the stove, sticking to the bottom of the pan and tasting of scorch.

That word scorch jumped right into my mouth. Most of us think of that word as a verb. Here it’s used as a noun and as such packs a nice, unexpected punch. It deepens the tone of the scene and thrusts us into the experience of these girls. And as I mentioned in a recent post, putting the most expressive word at the end of a sentence can make all the difference. A lesser writer might have put: hastily reheated on the stove, sticking to the bottom of the pan and giving it a scorched taste.

So that’s one good use of taste—to set a tone consistent with the mood of the story.

Another use of taste is to intensify an emotional feeling. In Jodi Picoult’s The Book of Two Ways, the narrator tells us of the first kiss from a long, lost love. Earlier in the book, we are told this about Wyatt, the lover, an archeologist working in Egypt:

I remember how he smelled like the sun baked into his clothes and also butterscotch. How, weeks later I would learn that he kept sweets in his pocket, for himself and to give to the barefoot children who waited for him in the blistering heat at the entrance to the wadi as we left for the day.

Then, some 75 pages later, after sharing a bottle of champagne:

“This,” Wyatt said, and he leaned forward and kissed me.

The night tightened around us, a noose. Wyatt’s hand slipped under my braid, curving around the nape of my neck. I tasted champagne and butterscotch and shock. Somehow, Wyatt was just as surprised as I was.

We recall the butterscotch, and we’ve just seen the champagne. But tasting shock? What an arresting way to work in this element of the experience (and, once again, at the end of the sentence).

In Hemingway’s story “The Snows of Kilimanjaro,” we are in the POV of a dying man, a writer on safari in Africa. He’s got gangrene in his leg and a rescue plane hasn’t shown up. He goes in and out of memories of his past, including the killing of Greek troops, shot by their own officers as they ran from Turkish soldiers:

That was the day he’d first seen dead men wearing white ballet skirts and upturned shoes with pompons on them. The Turks had come steadily and lumpily and he had seen the skirted men running and the officers shooting into them and running then themselves and he and the British observer had run too until his lungs ached and his mouth was full of the taste of pennies and they stopped behind some rocks and there were the Turks coming as lumpily as ever.

A coppery taste in the mouth is associated with fear. You’ll often see it put this way in stories: His mouth tasted like copper or The coppery taste of fear flooded his mouth. But Hemingway wrote it as the taste of pennies. Specific and vivid.

Okay, I’ve said a mouthful. Over to you:

Have you thought much about the sense of taste in your writing? Any examples you’d like to share?