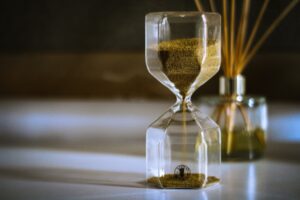 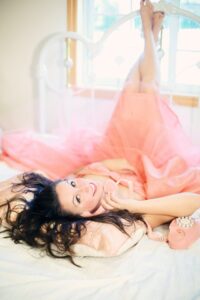 Some of us are better at waiting than others. When I’m waiting, I’m like an old-school teenager waiting for a phone call from the coolest guy at school – I jump every time the phone rings, and nearly kill myself answering it. I’m afraid to leave the house, and when I do leave, I hurry back. I check messages every ten seconds. I bug Don, my long-suffering spouse, with questions he can’t answer: Do you think he’ll call today? If he does, will he buy it? If he buys it, do you think it will sell?
Meanwhile, Don’s waiting for me to shut up.
I ask myself all the questions that should calm me:
What’s the worst thing that could happen if it doesn’t work?
I can entertain myself for hours with worst-case scenarios: I won’t make any money. I’ll have to start over. I can always sell it elsewhere. I can, can’t I?
Possibly the scariest waiting game I ever played was when I met Genny Ostertag. Genny was a hot new editor at a major New York publisher, back when those existed, and she was going to the Malice Domestic convention at the Crystal Gateway Marriott in Arlington, Virginia. In those days, the hotel was located on Jefferson Davis Highway. That road has since become the Richmond Highway.
Genny and my agent had been playing telephone tag. I waited for days to hear back from him, while chugging Pepto-Bismol. Finally he finally called with the news:
He’d arranged a meeting with Genny. “She wants to have a drink in the bar with you,” he said, “and she wants to talk to you about your proposed series.”
Wow. Visions of fat advances danced in my head.
“But remember,” he said. “You can’t mention it until she says the magic words: ‘What are you working on?’ Before that, you have to make small talk. Promise.”
I promised, though I didn’t realize the wear and tear it would create.
I went to the convention bar half an hour early to meet Genny. I was too scared to drink, so I bribed the bartender to dress up my club soda and make it look like an adult beverage. Genny arrived and ordered white wine. We met and said hello, then made stiff small talk until Genny said, “Can you believe this hotel is on Jefferson Davis Highway? Don’t they know they lost the Civil War?” 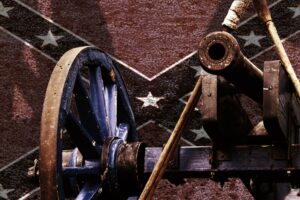 And suddenly we were talking about the Civil War. I dredged up every fact I could remember about the Jeff Davis and the Civil War. (Did you know that Jefferson Davis used to be Secretary of War for the USA, and he started the US Camel Corps? Yep, he served under President Franklin Pierce, and that’s about all I know on Pierce. Anyway, Davis believed camels would survive in the deserts of the far West better than horses. His idea might have worked, except the experiment was interrupted by guess what? The Civil War. Just as well. I can’t see John Wayne riding to the rescue on a camel.)
Our conversation seemed to last at least as long as that war (1861 to 1865, just ask me) until finally, finally, Genny said, “So, what are you working on?”
And I told her about my idea for the Dead-End Job series. Genny became my editor and bought the series, which resulted in fifteen mysteries and a lot of adventures working those dead-end jobs. So it was worth the wait.
What are you waiting for, readers?
*************************************************************************

28 thoughts on “Writers in Waiting”