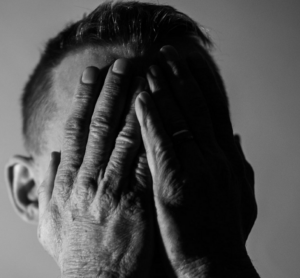 We had some fun with typos recently. Fun, sure, except when they happen to you. I hate typos! They are the sand fleas of publishing. You shake off the sand from the beach, and you think you’ve got rid of them all. But sure enough, when you get in the car and start driving away, one shows up in your armpit.

So it is with typos. Even after paying a proofreader, you’re apt to get an email from an astute reader who will point out that a character should be eating out of “wooden bowl,” not a “wooden bowel” (an actual typo in a novel by a friend of mine).

Yes, typos can provide a chuckle. Even more amusing are bloopers, those verbal miscues from actors and speakers uttered over various airwaves.

The word “blooper” was popularized by a radio producer named Kermit Schaefer, who was the first to research and document these fluffs. He put out several books and a couple of LPs with them (in the latter, he sometimes reproduced the blooper with actors when he couldn’t secure a copy of the sound recording. But they were otherwise legit).

The blooper that got Schaefer started was made by radio announcer Harry von Zell in a 1931 broadcast honoring President Herbert Hoover. Von Zell told the audience they would next hear from President “Hoobert Heever.”

Oops. And on live radio there are no re-takes.

So, because I wanted to have some laughs today, here are a few of my favorite bloopers:

“And Dad will love Wonder Bread’s delicious flavor, too. So remember, get Wonder Bread for the breast in bed.”

“This is the British Broadcasting Corporation. Our next program comes to you from the bathroom at Pump…pardon me, the Pumproom at Bath.”

“And just now we’ve received a new stock of Reis Sanforized sports shirts for men with 15 or 17 necks.”

Laundromat commercial: “Ladies who care to drive by and drop off their clothes will receive prompt attention.”

Fight night broadcast: “It’s a hot night in the Garden, folks, and I see at ringside several ladies in gownless evening straps.”

On an early TV game show called Two for the Money, a young lady was asked her occupation.
“I work for the Pittsburgh Natural Gas Company,” she said.
“And how is business?”“Wonderful. Over ninety percent of the people in Pittsburgh have gas.” 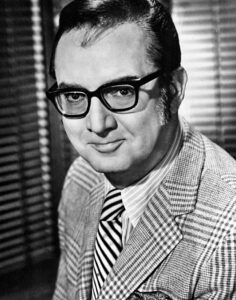 But my favorite blooper of all time is really a “save.” It was made by the great Steve Allen. Most youngsters today have no idea who Allen was, so I’m glad you asked. He was one of the great natural wits. As the first host of the Tonight Show, he set the stage for late-night comedy ever after. When he wasn’t being funny he was writing songs…lots and lots of songs (the most famous of which is “This Could Be the Start of Something Big.”) On top of that, he wrote several books on subjects as wide ranging as public speaking and religion.

Here is an example of Allen’s on-the-spot wit. He was to do a live commercial for Fiberglas. There was a Fiberglas chair on the stage, and Allen was to hit it with a hammer and then announce, “Yes, ladies and gentlemen, this chair is made of genuine Fiberglas!”

But when commercial time came around the temperature in the studio was colder than usual. So when Allen hit the chair, the hammer went right through it, leaving a gaping hole. A major visual blooper that would have had most hosts stymied. But Allen, without missing a beat, looked into the camera and said, “Yes, ladies and gentlemen, this hammer is made of genuine Fiberglas!”

Priceless. Which is why, when you can swing it, giving your character something witty to say at just the right moment delights the reader. But it’s not easy to do. One method I suggest in my book, Writing Unforgettable Characters and in a post last month, is “curving the language.” Write out a plain vanilla line, then bend it and play with it.

Your characters will thank you for saving them from bloopers.

Do you have a favorite blooper, maybe even from your own life?

24 thoughts on “Fun With Bloopers”