Good morning! Author Lisa Black is joining us today. Lisa is a latent print examiner and CSI for a police department in Florida.  Every Kind of Wicked, the sixth installment in her series featuring forensic scientist Maggie Gardiner and homicide detective Jack Renner, involves the duo tracking down a nest of scammers and will be available beginning August 25. Today Lisa is going to discuss — what else? — scamming! Lisa, the floor is yours. Joe Hartlaub 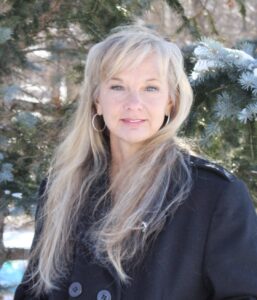 We all get them, every day. You answer with ‘hello’ and there’s that telltale dead air before either a recording starts or someone comes on to tell you that your computer is sending out error messages/your grandson is in jail/you owe the IRS back taxes and the marshals are on their way to your house/we can sell you pain meds or medical equipment over the phone via our doctors on staff or you need an extended car repair warranty.

Most of you are smart and immediately hang up. I dial ‘1’ to speak to a customer service representative.

If I’m in a hurry, I wait until they say ‘hi this is Shteve from Credit Card Services/Microsoft/DirecTV, how are you today?” and then I say in firm, bright tones, “You are a thief and a liar and should be ashamed of yourself.” For the record, those are the harshest words I have ever uttered to someone I wasn’t married to. But I figure if it can be the one straw that breaks the shell of one call center worker who still has some shred of conscience, then I’ve done the world, and maybe that person, a service.

If I’m feeling more empathetic that day, I might say, “I know it’s hard to get a good job where you are, but that doesn’t make it okay to steal money from vulnerable people.” 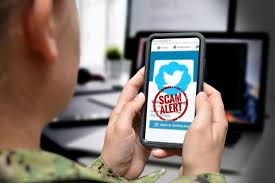 Where they are could be anywhere in the world (and they will never tell you) due to the ability to spoof numbers and local area codes. In 2006 American and Canadian expats were arrested while running a call center in Costa Rica. In 2018 Floridian Adrian Abramovich was fined $120 million for robocalling, funneling victims to a call center in Mexico for travel discounts from Hilton and Marriott—except those companies knew nothing of it. India seems to lead the world in phone scams specifically (whereas mid-Africa works in social media friending scams and Russia/Ukraine/China simply hacks what they want) and probably for a simple reason: they speak English. The language is a required school subject in Pakistan and Bangladesh and the second most common language in India. In actually the only pleasant conversation I’ve ever had with a scam caller, I asked one how he felt about the disputed region of Kashmir. After a moment’s thought he said they ought to be granted independence. I thanked him for sharing, but still wasn’t going to give him my credit-card number. He said “okay” and hung up.

But if I have plenty of time and I’m sitting in front of a computer, then I Google ‘fake credit card numbers.’ I feed those to the ‘customer service representative’ until they either give up and disconnect, or turn nasty. Be warned, bare-knuckled obscenity is not a taboo in call center culture. Male and female alike will use language that would make shock jocks blush. That was made clear to me the time I kept some IRS scammers on the line for 45 minutes while I worked at my desk, pretending to drive to the bank that minute to withdraw $7,000 and then proceed to a Walgreens to convert it to iTunes cards. The sudden affinity the U.S. government has shown for iTunes and ApplePay cards is never explained…but at any rate, I had to insist that Walgreens didn’t have $7000 iTunes cards. Communications broke down, and I got an earful. 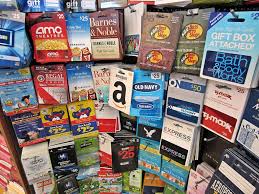 Sometimes—very rarely—they might call back to deliver a few more choice insults. Usually they won’t. Time is money and they aren’t going to waste a second of it on someone who’s not going to pay off.

What can be done? First of all, and I speak from personal experience, you can get free NoMoRoBo on your landline and inexpensive apps for your cells, which will weed out most of the automated calls. I have Robokiller on my cell. It responds with prerecorded schticks meant to provide hilarious recordings of spam callers getting punked…but in my experience, the spam callers never fall for it. I don’t know if they can electronically detect the app, or if they’ve just heard the responses enough to recognize them from the first word.

Prosecuting the call centers is a more complicated matter. Since the numbers are spoofed, reporting them to the Do Not Call List does not help. Authorities have had better success tracking some of the $10 billion Americans lost to scam phone callers just last year. They don’t publicize their methods but in recent years, arrests have skyrocketed. Indian cyber crime detectives, working with the U.S. and other countries, arrested over two hundred people in one area of their country for running call centers which raked in over $50K a day, mostly from Americans and Canadians. In another case, 24 people in the U.S. are currently sitting in jail for running an IRS scam in which they would launder the money an Indian call center wrung out, one prepaid gift card or wire transfer at a time. So there is hope.

But in the meantime, of course, never give your credit card number (or any other number) to someone who called you. Don’t friend the Ukrainian supermodel or silver fox military contractor looking for love. And never click on the link. 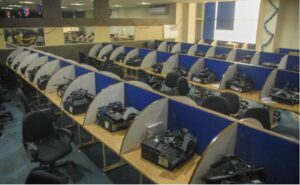 But if you have the time to waste their time, by all means, waste away.

30 thoughts on “Fun with Phones”