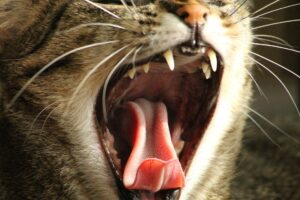 New York Times bestsellers. Pulitzer Prize nominees and winners. Man Booker short-listed books and winners. Books taught in high schools and colleges. And books fresh off those coveted “Best of” lists.
I want all these honors for my novels.
But what do these literary successes have in common?
Cliches.
Cliches that would embarrass novice novelists.
For a project for The Pudding, an online magazine, Erin Davis “selected 2,000 books spanning Pulitzer-winning classics to pulpy bestsellers (getting myself banned from the library—twice) and ran them through a parser that identified sentences mentioning body parts. I then extracted the owner of the body parts and any adjectives describing them.”
Her results should put every writer on alert. We’re cranking out cliches.
Here are some of Erin Davis’ findings:
“Hair is twice as likely to be mentioned for women characters than for men . . . society values different things about men and women. For example, there is a long literary, historical, and cultural tradition of valuing a woman’s hair: the Bible calls hair a woman’s crowning glory.
“In other cases, that gaze is more lascivious,” Davis writes. “Consider this litany of woman-skewed body parts: hip, belly, waist, and thigh.”
But when it comes to men, we writers typically – stereotypically, to be exact – describe men’s strength and power. “Body parts such as fist, knuckles, chest, and jaw sketch an image of a commanding and intimidating presence,” Davis says, “as empty of nuance as the soft, sexy image of women.”
Women’s faces are eight times more likely to be “lovely” or “pretty.” Men are plain old “handsome.”
Female bodies are more likely to be “naked,” “young” and “slender.” Men are sixteen times more likely to be described as “powerful.”
Women’s legs are bare and long – especially long. Sorry, guys. Your gams are simply “hairy,” a pedestrian description, if you’ll pardon the pun, and a great offense. I live near the beach, and can testify that many men have shapely bare legs.
As for shoulders, once again, the ladies are nekkid and “white.” Men’s shoulders are “heavy” and “broad.” What a shame those hunky male shoulders are covered up.
And women’s skin? Alas, it’s not much different than our shoulders: it’s described as “white,” “pale,” “smooth,” or “dark.” Men’s skin is reduced to either “black” or “yellow.” Fortunately, both sexes have “warm” skin.
What this project shows is how many authors rely on lazy writing. When our fingers are flying over the keys, it’s easy to grab a reliable cliche. Everyone does that.
Here’s my favorite paragraph from Davis’ article: “In real life, women are obviously more dimensional than soft, sexual objects. Men are more complex than muscular lunkheads. We should expect that same nuance of the characters in the books we read.”
If we’re interested in more thoughtful descriptions of lovers for our novels, check your family photos. Remember the relatives who were – or are – madly in love. Are the women all long-haired beauties and the men strong and handsome? Or are there some startling mismatches.
Consider your sizzling hot Aunt Anna who married geeky Uncle Walter, the guy with the weak chin. They’re still living happily ever after. And what about sexy Cousin Jack? Why did he fall for flat-chested Verna, with the thick glasses and bird legs? Why are they still in love twenty-five years later?
For strong women, I give your Rosie the Riveter, who inspired World War II women to work in factories and help their country. Here’s one Rosie, her crowning glory wrapped in a red bandana, working on an aircraft. 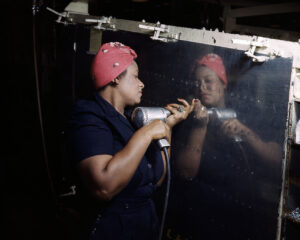 Norman Rockwell’s Rosie is eating a sandwich. She may have white shoulders, but her bare arms are definitely muscular. 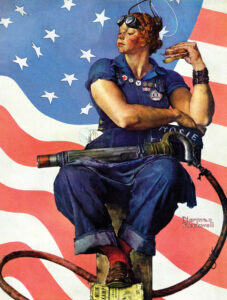 As for strong men, here’s a hero who defies the standard cliches: the British spy Frank Foley. 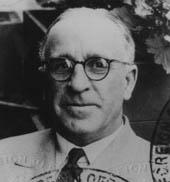 Frank was short, pot-bellied, and wore owlish glasses. He looked exactly like his cover profession – passport control officer for the British embassy in Berlin. History says, “Foley bent the rules and helped thousands of Jewish families escape from Nazi Germany after Kristallnacht and before the outbreak of the Second World War.”
Forget the James Bond tux. Foley, the quintescential clerk, saved ten thousand people.
Write on – right past the cliches. 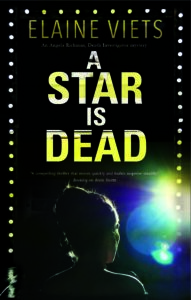 A Star Is Dead, my fourth Angela Richman, Death Investigator mystery, is “skillfully plotted… Witty dialogue and well-defined characters, including plucky and intelligent Angela, lift this wry look at the trappings of celebrity. Fans and newcomers alike will be pleased” – Publishers Weekly. Buy it today: https://tinyurl.com/yc6fnysb

28 thoughts on “Body of Evidence: Are We Boring Our Readers?”