If They Buy the Premise …
Terry Odell

A comment from my editor on my current manuscript, saying “This should have come up 200 pages ago” was a good reminder about using foreshadowing. 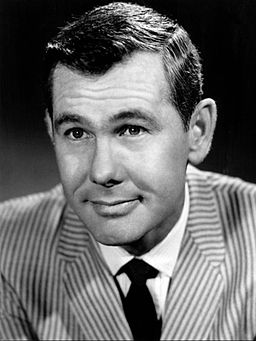 In talking about comedy, Johnny Carson said, “If they buy the premise, they’ll buy the bit.”

The same goes for fiction. You have to sell the premise early on. You can’t stop to explain a character’s skill set, motivation, or fear at the height of the action. Nor can you bring in great-uncle Phineas in the last chapter of your mystery and reveal him as the killer. No fair using the deus ex machina method of resolving your story.

Consider Raiders of the Lost Ark. If the movie had opened with Indy in the classroom, would viewers have “bought” that he was really capable of everything he’d have to do in the movie? No, but by showing him in the field in a life-and-death situation first, we’ll accept that he’s a lot more than a mild mannered college professor.

Before James Bond pulls off his miracles, we’ve seen Q show him the gadgets that will save his life. We know MacGyver has a strong background in science, so he’s got the theory and knowledge to pull off his escapes using duct tape and a Swiss Army knife.

Foreshadowing isn’t only for the “Big Stuff,” though. You should consider making sure you’ve set things up for the “Little Stuff” as well. Think of setups as breadcrumbs you scatter for readers to follow.

You should set things up early on, and in a different context. Setup Scenes should occur throughout the book, and should set up minor plot points as well as major ones.

Example. In a scene from my When Danger Calls, my stalwart hero has been tasked with supervising two little girls who are playing with dolls. They come downstairs and show their mom the fancy braids he’s created.

Would my macho covert ops guy really know how to braid a doll’s hair, or did I stick it in because I thought it would be a cool way to move his relationship with the mom along? Would I have to stop the story to explain where he acquired the skill? Not if I’ve shown it, and better to do it in an entirely different context. Earlier in the book, readers see this:

Ryan leafed through the snapshots while he waited for the earth to start revolving again. He knew which one he wanted as soon as he saw it. He remembered the day it had been taken, right after he’d won third prize at the fair with Dynamite, his pony. He’d been so sure he’d get the blue ribbon and hadn’t wanted to pose for the family picture his grandfather insisted on taking. He saw the look in his mother’s eyes. So proud, she’d made him feel like he’d won first prize after all.

There’s no mention of him actually braiding the horse’s mane or tail, but it shows that he’s had experience with horses, all couched in a scene that’s about something entirely different—his emotional reaction to seeing old family photos.

Then, later in the book, when the girls display their dolls’ hairdos, Mom asks where Ryan learned to braid. One of the girls responds, “On real horses. He used to braid their hair. For shows.”

You’ve set the premise, so reader should buy the bit.

We know Indiana Jones is afraid of snakes at the very beginning of the movie. Because of that opening scene, we know to expect something with snakes, which adds to the tension.

Lee Child foreshadows almost everything he shows in his books. In Gone Tomorrow  a fellow passenger rambles on about the different kinds of subway cars in New York. That tidbit shows up front and center later on in a high-action climactic scene. And even the little things, that might not be significant plot points, such as the origin of the use of “Hello” to answer the phone will appear, letting the reader know that the character was paying attention, too.

What will lead to book-throwing by readers? How about this?

Hero and heroine are hiding and the villains are closing in. (Since I write romantic suspense as well as mystery, the genre requires both as protagonists, but it could be your hero and partner, or someone he’s been charged to protect.)

The hero is injured. He hands the heroine his gun and asks her if she can shoot. She says, “Of course. I’m a crack shot,” and proceeds to blow the villains away (or worse, has never handled a gun before, but still takes out the bad guys, never missing a shot). Not only that, but she is an expert in first aid and manages to do what’s necessary to save the hero’s life. Plus, she’s an expert trapper and can snare whatever creatures are out there. Or, maybe she has no trouble catching fish. And she can create a gourmet meal out of what she catches. All without disturbing her manicure or coiffure.

Believable? Not if this is the first time you’ve seen these traits. But what if, earlier in the book, the heroine is dusting off her shooting trophies, thinking about how she misses those days. Or she’s cleaning up after a fishing trip. Maybe she has to move her rock climbing gear out of her closet to make room for her cookbooks. You don’t want to dump an entire scene whose only purpose is to show a skill she’ll need later. Keep it subtle, but get it in there.

When you’re writing, it’s important to know what skills your characters need to possess. You might not know when you start the book, but if you’re writing a scene where one of these skills will move the story forward, and there’s no other logical way to deal with the plot, then you owe it to your readers to back up and scatter those breadcrumbs.

What about you? How do you make sure you’re not entering into deus ex machina territory? What kind of breadcrumbs do you scatter? How do you hide the clues?

24 thoughts on “If They Buy the Premise”