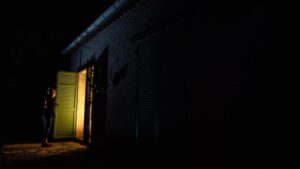 Photo by Rudy Rodouin from unsplash.com

Some of you — okay, both of you — have told me in the past that you like my stories about houses. Here comes another. It also happens to illustrate (as I have once or twice here) that Facebook isn’t always so bad after all.

I misspent my formative years in Akron, Ohio.  I was driving with a young woman one afternoon in 1971 when she pointed out a nice ranch-style house on a corner. “No one has ever lived there,” she said. I stopped the car for a few seconds and checked the place out. It displayed a well-maintained exterior with a nicely manicured lawn. That said, there were no curtains hung in the window and it gave off that psychic wheeze of non-occupancy that some houses do when they sit empty for a while. “What’s the story?” I asked.

The story as told to me was that the house had been built by a husband for his wife to her specifications. He had gone over the plans with her regularly and frequently brought her to the building site, making changes that she requested. When the house was finished she decided that she did not like it and refused to move in. He refused to sell it. They accordingly stayed in the home they were living in and never moved into the new one. The husband continued to maintain both homes.

I would occasionally drive past that house to see if anyone had moved in. No one had. Time passed.  I moved from Akron in 1978 and rarely returned. Life went on. I would intermittently think of that house and that story but only in passing, such as when telling the tale to someone else as a bit of whimsy.

Fast forward. The world, as Roland the Gunslinger would say, moved ahead. My fifty-year high school class reunion resulted in a return trip to the city which had been known as the “Rubber Capital of the World” (due to the manufacture of tires, as opposed to what you were thinking!) but was now known as “Crakron” as the result of the illicit drug trade which had taken root. I began woolgathering and thought of all the times that I had driven past that empty house. I remembered what it looked like and the general area where it was but couldn’t remember the streets that formed the intersection where it rested. I mentioned the story to a few friends of mine who had lived in the area but no one knew what I was talking about. One friend even patiently drove me around the area for a couple of hours in an attempt to locate the house but to no avail.

I started wondering about the house again last weekend after watching You Should Have Left — a contemporary haunted house movie — and did what anyone does these days when they have a question. I went on Facebook. I went to a page devoted to Akron’s history and posted the story about the house. I also asked if anyone had heard the story and knew where the house was located.

It only took a few minutes for me to receive several responses. There were some variations but the consensus was that the story I had been told wasn’t quite accurate. A man had purchased the house with the intent that he and his betrothed would live there after their wedding. She, as the story went, literally left him standing at the altar. He was devastated and retained ownership but not occupancy of the house until his own death, apparently hoping that the love of his life would return. She did not. Someone else purchased the house subsequent to his death, tore it down, and built a new one on the lot.

I did an online search to find the name of the original owner but the available records on the website didn’t go back far enough.  Finding that information may well involve another trip to Akron and a physical document dive in a government office but I want to hunt down the name of the heartbroken owner and then pay him a visit at his last resting place. I’m going to tell him that whoever jilted him did him a  solid. Better to have one major hurt than experience a thousand smaller ones every day.

There is a story everywhere. You just have to find it. There is also a country song for everything. There are two that apply to the story of the jilted groom from Akron. One is by George Jones and the other is by Trace Adkins.

If you would like to share an unusual or eccentric story about your home town, we would be interested in reading about it. It can be an urban legend or one that is lesser-known, even if it is known only to you. Either way, please share it with us. Thank you. 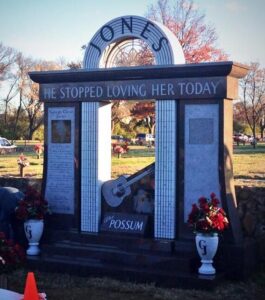 41 thoughts on “The Empty House”