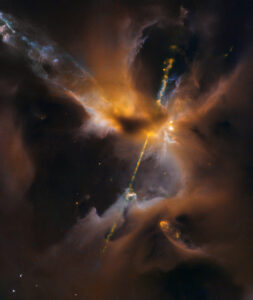 Fair warning: today’s post is the unabashed crowing of a proud surrogate mom whose “kid” is one of only 20 people on the planet chosen this year to give a TED talk. If you’d rather not listen to me sniffle, skip this.

Here’s how our story started:

My writing group, Authors of the Flathead, sponsors an annual student writing contest. The judging is blind—we don’t know the identities, grade level, or which school.

About 20 years ago, a short fiction entry about the underground railroad blew us judges away with its beautiful writing, realistic characters, compelling tension, and important theme. It was the hands-down winner out of 100+ entries.

The author was a 16-year-old high school junior named Sarah Rugheimer. We invited her to a meeting to read her story and receive her cash prize. Afterward, she and I chatted. She was bright, capable, energetic, determined, and enthusiastic. When she asked if I would mentor her, I couldn’t say Yes! fast enough.

We worked on her writing through high school and her first year of college. Sarah pushed herself hard and excelled in science, Irish dancing, and writing. We spent hours hiking in the Montana mountains or sitting at my dining room table to brainstorm story concepts, characters, and plot lines full of twists and surprises.

Her discipline and drive pushed her up the ranks in Irish dance competitions. My kitchen became a studio where she practiced difficult steps. She also entered and won more writing contests.

Our face-to-face meetings unfortunately dwindled when she moved to the University of Calgary to study physics and Irish dance.

Thank goodness for email. She would send me essays and papers. The subject matter was way over my head. Exoplanets? Biosignatures? Brown dwarf habitability? Chirality? The only words I recognized were one syllable: the, and, is. At that point, the little help I could offer was to insert missing commas.

“When you win the Nobel Prize, I’ll be sitting in the audience,” I often told her, only half joking. It didn’t take a rocket scientist to recognize this young woman was going places.

Then came time for grad school. Her goal: a PhD in astronomy or astrophysics.

On a lark, she decided to apply to Harvard. Despite her brilliant academic record, she suffered from a bad case of imposter syndrome and was positive she would never be accepted.

She even tried to talk herself out of applying, protesting, “The fee is $90. I could buy three nice dinners for that.”

“You’re going to be accepted,” I predicted.

We worked over her essay answers and polished them to a high gloss.

I knew that the judges and scholars who reviewed her application would recognize the drive, focus, discipline, and imagination I saw in her.

For the next 6 ½ years, she worked her butt off. Despite a full scholarship, her road was not easy. Her father, a retired physics professor at Montana State University, was in declining health. He lived with her in Cambridge while she juggling study with caring for him.

His death, although expected, was still a body blow to Sarah. Other major personal crises piled on top of her and she had to take more than a year off from classes.

But she persevered and was named one of only eight Harvard Horizons Scholars in 2014.

She also took up mountain climbing. We’re talking serious mountains—Kilimanjaro, Aconcagua, Chimborazo. At elevations of more than 20,000 feet, she was climbing closer to the planets and stars she wanted to explore.

In January 2015, she defended her thesis.

I flew to Boston for that momentous event. Sitting in a hallowed hall at Harvard with 60 of her colleagues and professors, I listened to her talk about searching for life on distant planets and her aspirations to explore the universe.

As she was pronounced Doctor Sarah Rugheimer, I used up a package of Kleenex. 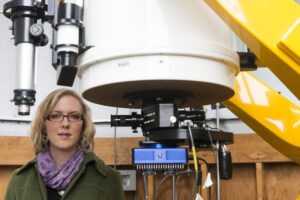 Her post-doctoral proposals and applications for various fellowships contained ever-more-obscure vocabulary. How was I supposed to critique a paper entitled “Quantifying Activity Induced Variability in Spectra of Exoplanets”? At that point, when I edited her articles, I wasn’t even sure where to put the commas!

She also developed a love of teaching and has the rare gift of translating complicated concepts into terms even regular people—like me—can understand. Her students love her.

A couple of years ago, one student she had mentored achieved publication in a prestigious journal. Sarah was button-busting proud.

In her spare time, she continues to write creatively. We spend hours on the phone, brainstorming plots and building relatable characters for her ambitious sci-fi novels. Writing remains her great love. My crystal ball predicts a Nebula award in her future.

Two summers ago, she returned to our hometown to give the commencement address at the local college graduation. “Don’t limit yourselves,” she counseled. “Don’t let fear keep you from applying to Harvard or wherever your dreams lead you.”

Where is she now? Teaching and pursuing research at Oxford, another pinnacle of academic achievement. Here’s her website.

A few weeks ago, she called me from England. “Don’t tell anyone yet but I was chosen as a TED scholar for 2020. I’m going to give a TED talk.” That puts her among only 20 people so honored each year.

I was thrilled but, again, not surprised.

Our friendship started with a high school writing contest.

Now I’m standing on the ground, watching a brilliant star rise into the heavens. [Sniffles.]

Others mentored me. I mentored Sarah. Now she’s mentoring a new generation.

TKZers, whose shoulders did you stand on? Who’s standing on your shoulders?