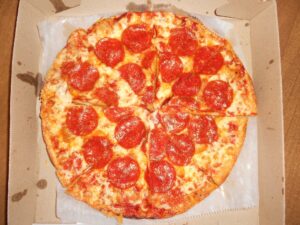 On a dreary winter night when hunger pangs strike, the craving for a thick-crust pepperoni pizza with double cheese might FEEL like an emergency.

But in this True Crime Thursday case, a 911 dispatcher in Oregon, Ohio answered a call from a woman ordering a pizza that turned out to be a bona fide emergency.

Tim Teneyck, a 14-year veteran at the 911 center, at first thought the call was a prank. But the woman was insistent and repeated her address, tipping Tim off to a problem at that location. He asked if someone was threatening her. She answered yes. He asked more questions and determined she was in danger even though she couldn’t say so directly.

He dispatched officers to the address. Inside the residence, they found a drunk man menacing the caller’s 57-year-old mother. The man was the mother’s live-in boyfriend who had a history of domestic abuse. He was arrested, averting a possible tragedy.

From time to time, social media spreads the word that there is a “secret code” for domestic abuse victims. Supposedly, if they call 911 and order a pepperoni pizza, that indicates they are in danger but cannot talk. According to law enforcement, this code is neither standard nor official.

But quick-thinking 911 dispatchers recognize signs of stress in a caller’s voice and will prolong the conversation, as Tim did, until help arrives.

Thank you to the unsung heroes who answer frantic calls to 911.

TKZers, do you have an unusual or interesting 911 story to share in the comments? Some regular TKZ readers are dispatchers or connected to law enforcement. Please chime in with your anecdotes. 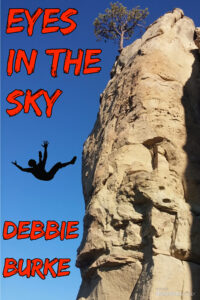 Please check out Debbie Burke’s new release, Eyes in the Sky, book 3 in her Thrillers with a Heart Series. You can read a sample here.