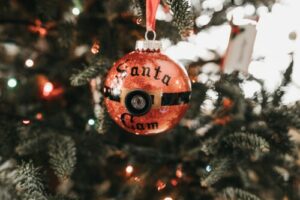 Photo by Karina Thomson from unsplash.com

The Christmas song “Santa Claus Is Comin’ To Town” is weighing on my mind right now, and the reason isn’t just the season.  It is also because of the verse in the song which lightheartedly notes that Santa is making a list and checking it a couple of times for the purpose of finding out who is naughty or nice. Santa isn’t the only one who is doing that. Just about anyone — including you, and you, and you — can do it, too.

I had the occasion recently to get a look at an evidence list prepared by a local police department with regard to a homicide. I’ am not referring to the murder which occurred on my street last year. The one which I am discussing here took place in a neighboring suburb and involves a woman who has been charged with murdering her husband, who was a prominent physician in the area. The police in the course of their investigation subpoenaed, among other things, recordings made by the couple’s Echo devices; their ring cam and trail cam video recordings; and the ring cam video recordings of the house across the street from them. You may not know that your Echo and Apple devices aren’t listening only when you say, “Alexa, order me a pizza from Donatos” or “Siri, what is traffic like?” No, they are listening to everything you say, recording it, and storing it offsite in the cloud. Yes, I know, we have been assured that such recordings are erased after a certain amount of time. They aren’t, and police departments are increasingly utilizing these recordings in investigations. I don’t know about you, but I wouldn’t want to be sitting in a defendant’s Timberlands in court when an Alexa device plays back a recording of the accused telling someone, “I’m gonna kill that (insert your own term of endearment)!” This is thanks to technology in general and to devices in particular which may be sitting in your home. 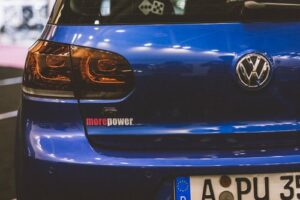 Photo by Nvdu from unsplash.com

Did I mention police departments? Many or perhaps all of you have heard of ALPRs, or Automatic License Plate Readers. ALPRs take many forms. If you are fortunate enough to traverse a toll road on a regular basis you are probably aware that these devices are set up at the booths to scan your license plate. Should you blow through the gate without paying the piper your license plate number is duly recorded and read, the better so that the turnpike authority can send you an extremely expensive ticket. Similar units that do much more are now installed in police cars. They scan the license plates of parked and driven cars as the officer drives down the street. If the scanner detects a plate registered to someone who (to name one example) has a driver’s license which is suspended said someone’s information pops up on the unit’s screen, as does the license plate, the make and model of the car, and all sorts of other information. ALPRs were primarily used only by larger metropolitan police forces until recently. The cost of the hardware and software, however, has been reduced to the point that the price is within reach of most departments. Oh, a variation of it is available to you as well. Something that I call “ALPR lite” can behad bay anyone. It won’t give you the name, address, and vitals of everyone who drives by your house but it will record the license plate of any vehicle driving by the scanner hardware and the time of day it does it. It will also collate it. Anyone owning the hardware and possessing a subscription to the service can note how frequently a car bearing a certain plate number is driving past their house and the times that the visits occur. If there are frequent break-ins to homes or vehicles during times that coincide with the appearance of the vehicles or if the same vehicles pop up during porch pirating incidents this information can be given to the police for follow-up investigation. ALPRs are primarily being purchased and used by neighborhood associations and apartment complexes, but the price is under one hundred dollars per month and dropping. I would guess that within a couple of years — or maybe a few months — anyone who wants the service will be able to get it for less per month than for what they are spending on their overpriced coffee fix.

I mention this for a couple of reasons. From a professional standpoint, I am not seeing any of this technology being mentioned in mystery or domestic thriller fiction. That doesn’t mean that authors aren’t doing it, but I read enough of a cross-section of books in those genres that I would expect to be encountering it.  I can, without hardly trying, think of a few different ways that a writer stuck on a plot could build a whodunit using an ALPR or Echo-type device as a foundation.

One last thing. Everything that makes you YOU is being analyzed, collated, considered, and shared as you do your holiday shopping and spending. The folks who issue those store loyalty cards that you scan at the checkout compile your purchasing data and sell it. Do you use credit cards or have installment loans? The information as to how you pay your debt each month is strained, drained, blued, tattooed and passed on. If you would like to see how your financial practices are sliced and diced, take a few minutes and check out this article, which discusses the minutia contained in your credit report and why you may or may not have difficulty the next time you go a financial institution looking for a loan. It’s fascinating information and it might provide an initial bit of grist for that financial thriller you’ve been thinking about writing. 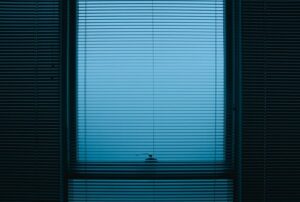 Photo by Edrece Stansberry from unsplash.com

I’m not trying to frighten you. I’m attempting to forewarn you by turning on a light to reveal a corner of the world that you may not be aware of. It isn’t just Santa who knows all about you when you are sleeping and what you are doing when you are awake. Be forewarned. And with that knowledge, please have a Merry Christmas and a Happy New Year. We’ll see you in 2020 if the creek doesn’t rise. 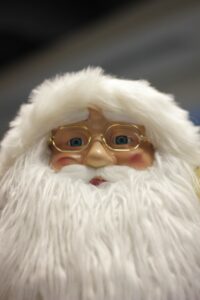 Photo by Metin Ozer from unsplash.com

34 thoughts on “Gonna Find Out Who’s Naughty or Nice…”