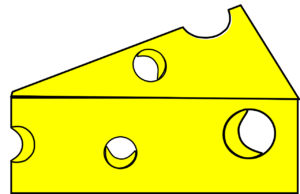 When my father died in 1988, I found myself the head of a one-man publishing company. Dad, a highly regarded L.A. lawyer, had devoted twenty years to a pet project called Bell’s Compendium on Searches, Seizures & Bugging. It’s a digest of all California and U.S. Supreme Court opinions in this area of the law, updated several times a year, in a unique format that allows lawyers, judges, and law enforcement to find relevant decisions in a matter of seconds.

Thankfully, I’d been working with Dad on his treatise for a couple of years after leaving a big law firm to open my own practice. He taught me everything about the book, which is a good thing, for he was the only one who knew how to do it. If I hadn’t been there, Bell’s Compendium would have died with my father.

Today, over thirty years since Dad’s death, I’m still carrying on his work.

But back in ’88 I had to teach myself—fast—how to operate and expand a business.

So I created a crash course on entrepreneurship—reading books, listening to tape programs, attending seminars, and putting into practice what I learned. One of the first areas I had to master was time management. Luckily I came across Alan Lakein’s How to Get Control of Your Time and Your Life. This little classic is filled with practical techniques, and one great tip for dealing with the bugaboo that haunts all of us from time to time: procrastination.

We writers have developed many ways to procrastinate. The problem has only grown worse over the last two decades with the rise of the internet, social media, and 24/7 stimuli. When we’re writing and we hit a bad patch, it’s so easy (and dopamine-inducing) to hop onto the net and surf around. We scan our Twitter feed. We see what a favorite blogster has to say. It’s fast and non-threatening (unless you’ve unwisely engaged in a tweet storm with some unhinged mountebank).

But what causes procrastination in the first place? I think it’s simply the prospect of unpleasantness. When we have the ability to choose among tasks, we tend to favor those that are more enjoyable (relatively speaking). Or we simply choose to lollygag about until forced to give a knotty problem some time (which is why bosses and deadlines were invented).

Lakein has an answer for this tendency. He calls it The Swiss Cheese Method. Simply put, instead of looking at the entirety of the unpleasant task, take five minutes to “take a bite” out of it (creating a hole in the task, thus the name of the method).

For instance, when you sit down for a writing session and face the blank page (“A blank piece of paper is God’s way of telling us how hard it is to be God.” Sidney Sheldon), it is sometimes pure joy and there’s no problem. Other times, though, you know you’ve hit a bump—or a wall—and it’s going to take some painstaking keyboard clacking to get you out of it.

Or maybe you’ve got several writing-related things to do in addition to your WIP. There’s editing another manuscript, marketing tasks, getting ready for an upcoming conference, queries to prepare, and so on.

What’s that YouTube suggestion in the sidebar? A scene from Malcolm in the Middle. I love Bryan Cranston! I’ll just watch it and…

And before you know it, your time management has been turned upside down.

I usually have three projects going at any one time—a novel, a non-fiction, and a short story. So what I do when I first sit down to write is ask myself which project is giving me the most resistance—and then take a bite out of it. I usually aim for just a “Nifty 350” words, and then see where I am. What happens most of the time is I break through whatever barrier there is and keep going.

If for some reason I don’t move on after 350 or so, I’ll switch over to another project for awhile. When I come back to the first one, my “boys in the basement” have been working on it and I’m usually ready to write some more.

To sum up: Tackle your most unpleasant (or challenging) task when you are fresh (this works, BTW, for any enterprise you’re involved in). Take a five-minute bite out of it. If you feel some momentum (and usually, you will) keep going. If you encounter resistance, go to another task for awhile, then come back to the first one and take another “bite.”

All this talk about bites has me feeling peckish, so I’ll turn it over to you. What do you do to combat procrastination?

36 thoughts on “A Simple Trick to Increase Your Productivity”