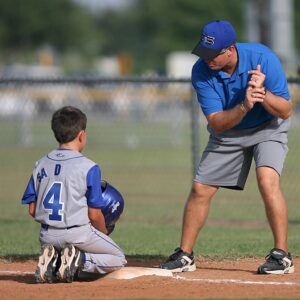 Sometimes it’s hard to believe that the Kindle made its appearance nearly twelve years ago. It ushered in the greatest boon to writers since Gutenberg—independent publishing. Not only did this sea change give new writers a way to get their work out to the world instantly; it also saved the careers of many midlist writers who were let go by their publishers due to lack of sales.

In those heady, early years a veritable Sargasso of sloppy mistakes were made by over-anxious newbies. Everything from lousy formatting to horrific covers (“But my daughter designed the cover for me, and by golly, I’m going to use it!”)

As the years rolled on, and blogs and books on indie publishing proliferated, quality issues slowly improved. That still did not guarantee huge sales numbers. You still had to write a good book! But we’ve now reached a point in indie publishing that I would call the “mature phase.”

Still, however, rookie mistakes are made by new writers. I’d like to point out three, and then turn the conversation over to you.

The other day I was browsing in the Kindle store when a cover popped out at me. Popped, but didn’t grab. I don’t want to embarrass the author, so I’ll just describe in general terms what it looked like.

The colors were fine, the fonts were good, the image — a small, shadowy figure — communicated thriller.

But the title did nothing for me. At least, what I thought was the title. For it turned out the title was a name. At first, I thought the name was that of the lead character, since it had a “title-like” font.

I should mention that the book cover was displayed in thumbnail form, which is significant because I then noticed, almost too small to read, something below the name.

It was the actual title.

Which meant, of course, that the font dominating the cover was the author’s name.

One little problem: this is the author’s first book. We’re not talking Lee Child here. We’re talking a rookie whom no one outside his immediate circle has ever heard of.

To give you an idea, I did a quickie mockup to show you the proportions. The names have been changed, of course. 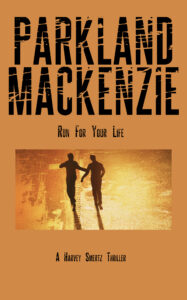 As much of an ego boost as it is to see your name above the title, your first book is not the time to do it. Your task is to sell books and make repeat readers.

When might you put your name above the title?

b) When you win a major award

c) When your book sells a million copies

d) When you have established solid sales over four or five books.

Then you can move from this: 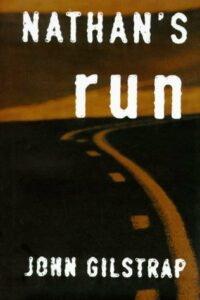 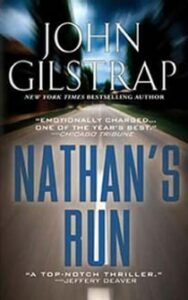 Not Paying for a Good Proofreader

I was teaching at a conference in Oklahoma recently, and took Lyft to the airport for the flight back to L.A. As I usually do, I engaged the driver in conversation. He was a local, a gray-haired ponytail fellow who goes around to fairs with a trio of guys reenacting Old West gunfights. He asked what I did and I told him and he said, “Hey, my buddy writes crime novels. He’s really into it. He’s written two of ’em.” Pause. “He needs an editor, though. A lot of mistakes and typos.”

“Uh-huh,” I said. “You can’t do that. At least if you want people to buy another one of your books.”

“I bought his second one,” my driver said, then added: “But only because he’s my buddy.”

You know all those potential readers out there? Not your buddies. So don’t annoy them with a typo infested book.

Typos are the special bane of the indie existence. I’ve often said they are like sand fleas. You get back from the beach, you shower, you think you’re good. Then around midnight, what’s that itch?

Yeah, ick, I know. But that’s how I feel about a typo that slips through.

So find a good proof reader and pay that person. It’s a rookie mistake not to invest in quality control.

And if there’s still a sand flea or two? Don’t worry. A reader will alert you. (Kindle Direct Publishing does, too.) Then you can fix and re-up your book in about ten minutes. I use Vellum for my formatting, so I make the change and then output for both ebook and print. I log into KDP and click a few times and I’m done.

As a rook, you’ll be tempted to try every dang thing under the sun to get the word out on your book. I’ve already written the wisest guide to marketing out there, one that will save you a lot of stress.

For now I’ll point out the two biggest blunders:

Have at it, folks. What other rookie mistakes have you seen? I’m at a conference today so my interaction may be sketchy. Talk amongst yourselves!