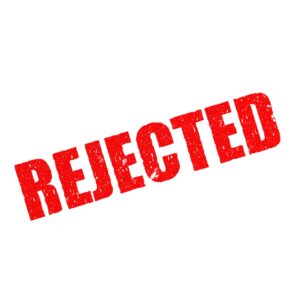 Recently, in offline discussion, Joe Hartlaub and I were talking about rejections. He mentioned an editor at Hard Case Crime who wrote the “best” rejections—two to three-page long letters with specific details that proved he paid close attention and had actually read the whole manuscript.

Editors and agents rarely have time to put that much effort into giving feedback to an author. Most often, it’s a quick “Thanks but not for us.”

When a professional reads more than the first five pages of the manuscript and recognizes value in it, the writer is over the moon.

Even though it’s a rejection. 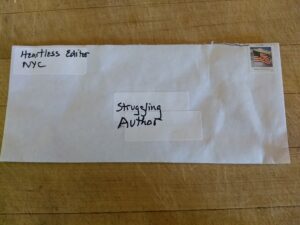 Back in the days when authors submitted manuscripts by snail mail, you always included an SASE (for anyone born after 1980, that’s self-addressed stamped envelope) so the editor/agent could mail rejections to you.

Occasionally, the SASE was used to mail the author a contract or check but that was rare.

There is a hierarchy of rejections–a ladder to climb:

Rung #1 – Unsigned form letter: “This does not meet our needs at this time.”

Rung #2 – Unsigned form letter: “This does not meet our needs at this time but please try us again.”

Rung #3 – Same form letter with a handwritten note (unsigned): “This is good. Do you have anything else?”

Rung #4 – Personal letter: “Good story but too similar to one we recently published. I like your writing. Send more.” Actual editor’s signature.

With today’s electronic submissions, the process is similar, just faster and cheaper without the cost of postage and printing.

But the process still requires climbing the rungs.

Finally you clamber onto an exciting but scary roof with a steep pitch. The editor/agent likes the sample chapter and asks for the whole manuscript. Get a toehold on the rain gutter.

A month or five later, the rejection says: “This is good BUT…”

Fill in the blank with:

“The climax didn’t live up to expectations.”

“I just didn’t love it enough.”

Slide down the roof a bit but hang on with fingernails.

Rewrite and submit more. Inch up the shingles.

“All the editors loved it but the marketing department doesn’t think they can sell it.”

At last, you reach the peak of the roof when you receive a long, detailed, personal letter with specific suggestions.

In December, I received the most beautiful rejection of my entire career (and I’ve received hundreds!). I couldn’t even be unhappy when I read the following:

“Several of us read it and we all enjoyed your fresh, exciting take on a thriller—particularly the way you used the genre to explore the very real issue of elder fraud. There are several striking scenes that are seared in my memory (especially that late-night rescue in the snowstorm!). We thought you developed Tawny and Moe’s relationship with great sensitivity and nuance, and this in turn made Moe’s shifts between lucidity and violence a more emotional experience for readers. Unfortunately, we had difficulty connecting as deeply to Tawny—it often felt like she was kept at a remove from us. For this reason, despite our admiration for your writing and the compelling and dynamic world you’ve created, we don’t think we’re the right publisher for your book. I’m sorry not to have better news. Thank you so much for the opportunity to read and consider STALKING MIDAS, and best wishes in finding the right home for it.” 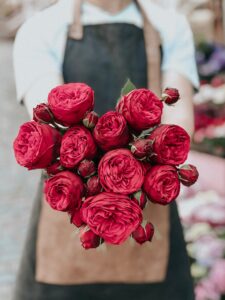 It felt like the editor had sent me a dozen roses!

When you tell civilians (non-writers) about the wonderful rejection you received, they usually draw their chins back and look down their noses. “You got rejected and you’re happy?”

Only other writers understand the irony of a rave rejection.

What do rejections really mean?

You’re in the game.

What do rave rejections mean?

Publication is in your future.

TKZers: What is the best rejection you ever received?

Was the story eventually published?