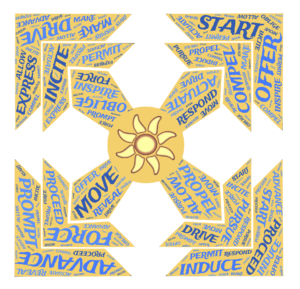 You’ve probably heard Parkinson’s Law articulated, even if you didn’t know its name. It was formulated by C. Northcote Parkinson, one of those appellations whose authoritative grandeur makes you stand at attention. He was actually an English naval historian and novelist, and quite prolific. So it must have been with some consternation that his most famous work turned out to be the little book Parkinson’s Law, which arose out of a satirical article about government bureaucracy.

In short form, Parkinson’s Law holds that work expands so as to fill the time available for its completion. As explained in this article, the adage…

…signifies that the more time we dedicate to a certain task, the longer it will take to complete it, even if we could have gotten the task done just as well in a shorter period of time.

For example, according to Parkinson’s law, if we’re given a week to perform a task that it can normally take us a day to complete, then we will end up unnecessarily stretching our performance of that task, until it takes us a week to complete it.

This is why publishing houses give writers deadlines. And why writers almost always find themselves massively stressed in the weeks before a manuscript is due. They could have been early with the book, but they aren’t because they’ve expanded the work all the way to the deadline. It’s almost magically perverse.

This is why it’s important for indie writers to establish SIDs—self-imposed deadlines. Otherwise, it’s just too dang easy to loaf about you manuscript, especially if it’s giving you some trouble.

The article suggests the following:

To account for Parkinson’s law in your work, you need to start each task by identifying its scope, and trying to determine how much time it will realistically take to complete it.

In other words, set your own deadline based on what you could realistically accomplish if you parked your keister in the chair each day and did your work!

Further, you can put time constraints on a micro level as well. Let’s say you have four months to write 70k words, and you know your writing schedule and daily quota can easily get you there. Don’t get cocky.

Instead, figure out what you can optimally produce per week, up that number by 10%, and make that your goal.

You can even go smaller. Every now and then I give myself five minutes to write 250 words. I’ll often use Dr. Wicked’s Write or Die for this task. Nothing jump starts the writer’s mind like forced, fast writing (with the possible exception of a double espresso).

Final bit of advice. Parkinson had another law, the Law of Triviality, which holds that members of an organization give disproportionate weight to trivial issues.

Might I suggest that this applies to individuals, too.

For writers this might mean that when you sit down to write you first check your social media or email, or rearrange your desk, or finish that Sudoku you’ve been working on.

Indeed, there even seems to be a new corollary at work today: the amount of available triviality on the internet exponentially expands our desire to experience it.

Which leads to another law: Every “peep of steam through [your social media] whistle — Listen to me! Listen to me! — [reduces] the boiler pressure … needed to write another novel.”

Solution: Practice digital minimalism, set your own strict time limits when you work, and write!

Does Parkinson’s Law resonate with you? Do you find yourself filling up all the time you have for completing things?

40 thoughts on “Get More Done By Giving Yourself Less Time”