Congratulations to David F., lucky winner of the book giveaway from Tuesday’s post. H.R. D’Costa will send you a print copy of Story Stakes. David’s name was drawn randomly from everyone who commented. Thanks to all of you who provided terrific examples of story stakes. 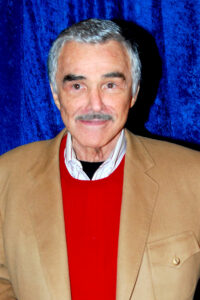 The passing of mega-star Burt Reynolds in September, 2018 resurrected tabloid rumors about a mysterious death in 1973 during the filming of The Man Who Loved Cat Dancing.

David Whiting, assistant to Reynolds’s costar Sarah Miles, was found dead in a pool of blood and pills after an altercation with Miles. An inquest determined cause of death was a drug overdose. The blood may have occurred when Whiting hit his head on a counter.

Unless you’re a tabloid reporter.

In that case, Reynolds’ hair-trigger temper and fast fists, his friendship with Miles (who was married), and his admission that he’d removed a vial from the dead man’s hand were enough to spin the tale into a full-blown scandal alleging murder.

MGM Studios likely made the situation worse by initially refusing to allow Reynolds and Miles to testify at the inquest, saying the delay would cost them $25,000 in production costs. When Whiting’s mother accused the studio of a cover-up, Reynolds and Miles ultimately were forced to testify.

Turns out Miles and Whiting were allegedly lovers (a revelation that later broke up Miles’s marriage) and apparently got into a fight because Miles had been drinking with Reynolds, inflaming Whiting’s jealousy. The fight turned physical and Miles told her son’s nanny to “Get Burt,” apparently to protect her from Whiting.

Reynolds arrived and Miles spent the rest of the night in Reynolds’s motel room. The next morning, they found Whiting’s body in Miles’s room. At that point, Reynolds removed the vial and didn’t remember what he did with it. The inquest cleared them but rumors persisted for years.

Mystery author and popular blogger Anne R. Allen adds a weird twist to the story. She had dated Whiting in college in the 1960s. In 2012, she wrote The Gatsby Game, a novel inspired by Whiting’s mysterious death. In 2014, a docu-drama about Whiting won the L.A. Film Critics award.

In this post from February, 2019, Anne explores the blurred world between real and fictional people.

Thanks to Sue Coletta for alerting me to this story.

TKZers, have you ever used a real death as the basis for a fictional murder most mysterious?