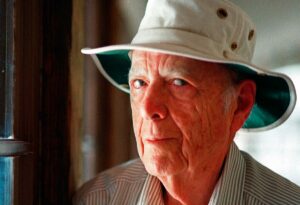 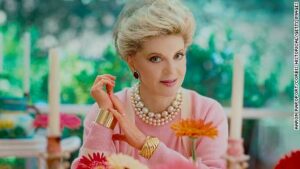 Some days, your soul cries out and the only thing you can do is give it what it craves — junk food.  But it has to be good junk food, I say.  Life is too short to eat a Wendy’s Quad Baconator.

Two of my favorite “junk-food” writers died recently — Judith Krantz and Herman Wouk. Now, don’t get all huffy with me for calling them junk-food writers. I mean that as a sincere compliment. Krantz and Wouk had amazing, long careers creating hugely entertaining books. They got me through countless hard nights in high school, one divorce, the time I was fired from a job I loved, and the week my cat died.  They took me to far away places with strange sounding places. 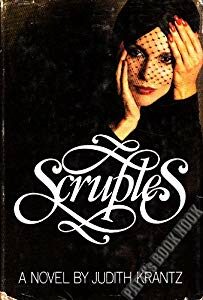 Judith Krantz died in her Bel Air home on June 22. She was 91.  She didn’t publish her first book until she was 50 — the seminal Scruples.  It’s the story of Wilhelmina Hunnewell Winthrop — first nicknamed Honey, then called Billy — and her journey from a chubby “poor relation” in an aristocratic Boston family to a thin, rich Beverly Hills glamazon — with stops in Paris and New York along the way. (So described by Jezebel, the self-proclaimed Supposedly Feminist Website, which recommends it as a “juicy retro read.”).

God, I loved that book.

Why? It’s a take on the classic Cinderella tale. I was a pretty naive 27 when it came out and it took me to worlds I had no hope of ever knowing — Paris, New York, Beverly Hills, French couture, and rich folk. (I eventually got to all those places, and found out hanging with rich folks isn’t all it’s cracked up to be but that a vintage Chanel bag can change your life). It was really fun and often very funny. It also had some really hot sex:

After that first time he used every art he knew to bring her to an orgasm, as if that might be the key that would unlock the door between them. Sometimes she achieved a fleeting little spasm, but he never knew that it came from her one recurring sexual fantasy. In her mind she was being made love to by an anonymous lover, lying on a low bed surrounded by a ring of men who were watching her avidly…

I can’t print the rest of the paragraph since we are a G-rated blog. Scruples was made into a mini-series starring Lindsey Wagner. Rumor has it Natalie Portman is doing a remake. Bad idea. Just read the book. It’s great junk-food. As Jezebel points out, why settle for Fifty Shades of Garbage when you can get the real deal?

Or as Krantz herself once put it:

“It’s not Dostoevsky. It’s not going to tax your mental capacities. It’s not ahhrtt.”

Now, Herman Wouk, well, most folks wouldn’t classify his books as junk-food. But the critics were brutal to him. Still, many of them begrudgingly gave him props for his propulsive narrative style. He died May 17, a couple days short of his 104th birthday. 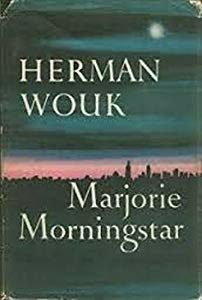 Wouk became a bestseller with his shipboard drama The Caine Mutiny.  I didn’t read that as a youngun, but I did feast on his page-turners Marjorie Morningstar and Youngblood Hawke. The first was another coming-of-ager set in the ’30s with a feminist theme (a girl trying to become an actress in a male-centric world). When I read it, somewhere around age 13, I didn’t even know a Jewish person. (Yes, my childhood was that white-bread). But back then, when I was dreaming about getting out of the Detroit suburbs alive, I loved Marjorie’s grit and related to her big dreams.

Youngblood Hawke was also about a striver — a Kentucky boy who dreams of being a novelist and becomes the toast of New York — but there’s a tragic fall from grace. I read this one when I was maybe 35 and thinking of trying to write a novel. Wouk supposedly had second thoughts about making his protag a writer. “Writers are the world’s dullest people!” he wrote in his notes.  Dull this book is not. It’s got sex, money, betrayal, and characters that live on in your head after you close the book. 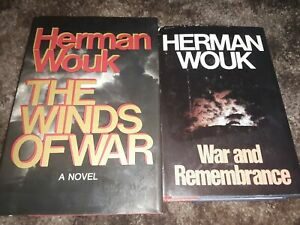 And then were Wouk’s World War II epics The Winds of War and War and Remembrance. At 814 pages and 941 pages, they were door-stops! Wouk originally intended them to be one book but decided to break it into two when he realized it took nearly 1000 pages just to get to the attack on Pearl Harbor.

The appeal of these books for me was their vastness. I love meaty historical fiction, but with Wouk the history lessons were overlaid by a grand drama about the gnarly family tree of Pug Henry, naval officer and FDR confidant. I learned more about the wars from Wouk than from any of my history classes. Ditto for the Irish conflict and the founding of Israel from another of my favorite authors Leon Uris.  Yes, Wouk had things to teach me but he always, first, entertained me.

Which can make critics, well, crabby. One guy, Stanley Edgar Hyman, described Wouk’s readers as “yahoos who hate culture and the mind.” Wouk, for his part, had this to say about his oft-nasty critics:

“I’ve been absolutely dead earnest and I’ve told the story I had in hand as best as I possibly could. I have never sought an audience. It may be that I am not a very involved or a very beautiful or a very anything writer, but I’ve done the level best I can.

“In the short run geniuses, minor writers and mountebanks alike take their chance. Imaginative writing is a wonderful way of life, and no man who can live by it should ask for more.”

Rest in peace, Judith and Herman. And thanks for all those sleepless nights.

So, crime dogs, who are your guilty pleasure writers?

33 thoughts on “Guilty Pleasures: Goodbye To
Two Of My Favorite Writers”