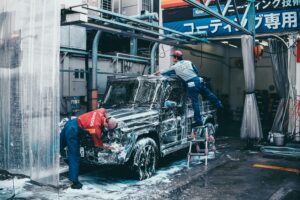 Before I get rolling let me say that I hope that you are all checking out Debbie Burke’s always informative and entertaining “True Crime Thursday”  feature which appears (by amazing coincidence on the last Thursday) of each month on TKZ. I am giving away the punchline here with my own “Fake Crime” post, which will not be a regular feature. I just could not pass this story up, however. It is amusing, cautionary, and interesting. I hope you find it worth your time.

This past week police officers in my city responded to a “robbery in progress” call at a local car wash. The establishment in question is one of those semi-automated establishments usually found on the out lots of busy shopping centers. The reporting party was a distraught male who said that, while preparing to get his car washed, a pair of despicable cads had robbed him at knifepoint of his wedding ring.

We have a wonderful police department in my city. Here is but one example: when my older son was a wee lad his bicycle was stolen. A police officer 1) came out to the house to take a report and 2) subsequently recovered (!) the bike.  They take all reports seriously, even ones that, um, might not pass the smell test. The fragrances in the case of this robbery included Eau de whystealaman’sweddingringwhentheycouldhavetakenhis wholecar perfum. However, the officers dutifully conducted a thorough investigation. This included taking a report from the complainant,  putting crime scene tape up around the carwash, and reviewing surveillance camera footage of the area during the time period when the alleged incident took place.

The surveillance images told the tale. The complainant’s star turn showed him driving up to the car wash area, sitting in his car for several minutes, and then calling someone. The time of the phone call coincided with the time of his 911 call to the police department. The gentleman, when confronted with this evidence, ultimately admitted that he had staged the whole thing because he had lost his wedding ring and didn’t want to admit it to his wife. Wink wink. One might be forgiven for concluding that it is ordinarily difficult for someone, particularly a man, to lose a wedding ring while they are out and about if said ring remains on one’s finger. We will not presume to hazard a guess as to why he might have taken it off. He is already in enough trouble. Trouble, you say? Why, yes. I live in a city which actually prosecutes those who file false police reports. Our friend accordingly had to explain to his wife not only that he lost his ring but also that he filed a false police report to cover up that he had lost the ring. Oh, the humanity! The icing on this manure cake is that he later reported, somewhat sheepishly, that he had found the ring after all. It was not reported where he found it but my guess would be that it was discovered somewhere it should not have been.

I found the story somewhat but not entirely amusing. It took two officers off of the grid to investigate what was an intentional goat fling. The car wash was shut down for several hours, inconveniencing potential patrons and keeping the owner from making the daily nut needed not only to meet fixed costs and but also to hopefully turn a profit for the day. It may not be a total laugh but it is a cautionary tale. Surveillance cameras are everywhere. Burp (or worse) in public and you’ve got a gaggle of ten-year-olds recording audio-visual of you from seven different points of view and then uploading it to YouTube, Facebook, and other platforms. That’s not good. “Character” used to be defined as behaving well when no one is around to see it.  We’re running out of those places. I went out to mow my lawn yesterday and didn’t mention it to anyone. When I got back in the house there was an ad on my phone asking if I was tired of mowing the lawn and suggesting I call a local lawn service. I was told that my cellphone probably heard my lawn mower going, noted my absence of cellphone/online activity, and figured out what I was doing. I wonder if it would send me an ad for scuba diving equipment if I threw it in a reservoir. In any event, be careful of what you do. Anywhere. 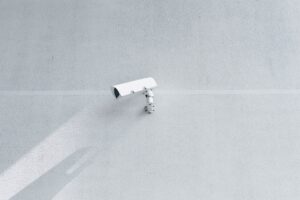 To leave things on a totally unrelated “up” note…were you aware that there is something called a “motion activated bed light” being marketed. The idea is that if you are sleeping in a dark room and get out of bed a soft but very visible light appears and keeps you from stubbing your toe, stepping the residue of cat accidents, etc. You can find out more about the item here. I will confess to wondering if perhaps it might provide an unexpected light show under certain other circumstances but will leave that to the more fortunate of you out there to determine.

Have a great weekend and Fourth of July…and thank you for yet again stopping by.