Memo to Criminals: If the statute of limitations hasn’t expired, don’t send your DNA to 23andMe. 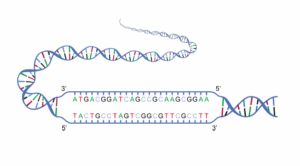 The combined tools of genealogy and DNA databases are solving old murder cases.

Until recent years, a DNA sample from a crime scene meant little unless it matched an already existing profile in a law enforcement database. But the popularity of DIY home DNA tests adds a new wrinkle.

While you may find it interesting that Mary Queen of Scots or Jesse James is a distant relative, what happens if your DNA also shows you’re related to a criminal?

Most famously, the Golden State Killer was linked to decades of murders and rapes based on DNA information from Parabon Labs.  Parabon claims to have helped solve 30 cold cases. According to their website:

“Genetic genealogy has traditionally been used to discover new relatives and build a full family tree. However, it can also be used to discover the identity of an unknown individual by using DNA to identify relatives and then using genealogy research to build family trees and deduce who the unknown individual could be. These techniques…apply equally as well to forensic applications. Genetic genealogy has been used to identify victims’ remains, as well as suspects, in a number of high-profile cases. Most recently, genetic genealogy was used to zero in on a suspect in the Golden State Killer case.”

Law enforcement can request information from consumer DNA databanks to trace suspects in unsolved crimes. But ethics concerns are on the rise after the founder of GEDmatch allowed access in an assault case in Utah without first informing its customers.

Surveys indicate most people believe consumer DNA databases should be used in cases of violent crimes. But what about offenses like credit card fraud or unpaid child support?

TKZers, have you sent your DNA to a database like 23andMe, Ancestry.com, Family Tree, My Heritage, etc.?

Are you concerned about the privacy of your genetic profile?

Where would you draw the line for law enforcement uses? Violent crimes? Non-violent felonies? Misdemeanors?