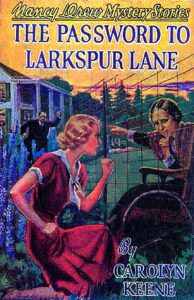 Nancy Drew was the original Super Girl—independent, confident, smart. She was competent to handle any challenge, fearless in the face of danger, and resourceful at solving problems decades before MacGyver came along. She drove motorboats, rode horses, and played tennis better than her boyfriend, Ned Nickerson. The girl sleuth never backed down from threats and brought villains to justice.

She is credited as an early influence on many girls who grew up to be accomplished, notable women, including Sandra Day O’Connor, Oprah Winfrey, Ruth Bader Ginsberg, Sonia Sotomayor, Hillary Rodham Clinton, and Laura Bush. 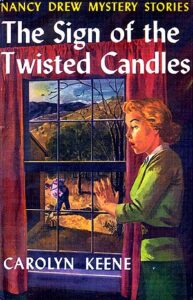 Nancy’s heroic adventures kept my friends and me up long past bedtime, reading with flashlights under the covers. I remember saving for weeks to buy the latest release when it hit the neighborhood toy store that carried her books. If I recall correctly, the hardbacks in the late 1950s cost around a dollar, a serious investment for a kid earning a dime a week allowance. 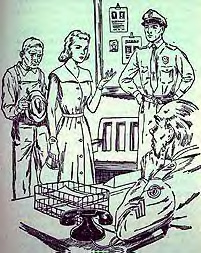 Additionally, I devoured the local library’s collection of Nancy’s earlier books published in the 1930s and ’40s, with dark blue boards and cool pen-and-ink illustrations.

The dust jackets on older editions had long since disappeared and, after thousands of check-outs, bindings were often held together by heavy tape.

I didn’t really know what a “roadster” was but I sure wanted a blue roadster convertible just like Nancy’s. 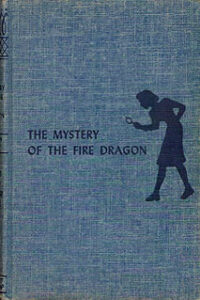 In the 1950s, the books featured lighter blue, tweed-pattern boards with dust jackets. 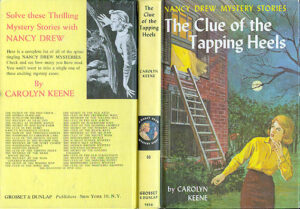 By the 1960s, the dust jackets disappeared and the spine became bright yellow with illustrations incorporated into the front hardcover.

The last one I remember reading was The Secret of the Golden Pavilion (1959) which took place in the then-exotic locale of Hawaii around the time it became the 50th state.

Throughout the 30 or so books I read, Nancy remained eternally 18-years-old (16 in earlier versions) but never attended school or college. Her successful attorney father, Carson Drew, encouraged her to pursue all kinds of dangerous adventures but no one ever got murdered.

Nancy’s only job was solving mysteries and she didn’t get paid for her efforts.

Nancy solved her first mystery in 1930 (The Secret of the Old Clock) and kept unraveling puzzles in 56 classic hardcovers originally published by Grosset & Dunlap. Simon & Schuster added eight additional books in paperback. A complete set of 64 classics in hardcover sells for over $400. The classic series ended in 2003 with 175 books. Spinoffs continue to the present day, totaling more than 600 books, TV series, video games, and films.

Here’s a trailer for The Hidden Staircase, the Nancy Drew movie released in this past March.

Nancy Drew was the brainchild of publishing magnate Edward Stratemeyer. His syndicate had launched popular series with male heroes like Tom Swift and the Hardy Boys and he decided to try a strong female heroine to appeal to girl readers.

Carolyn Keene was the pseudonym for numerous ghostwriters who were paid flat fees to write books based on outlines Stratemeyer generated. The ghosts gave up all rights, received no royalties, and were sworn to secrecy. Reportedly, the flat fee had started at $125 but was lowered to $75 because of the Depression. 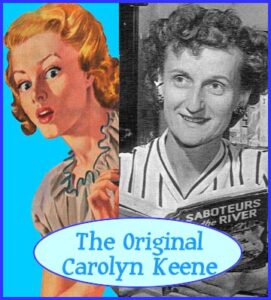 The first ghostwriter was Mildred Augustine Wirt Benson, who brought the smart, feisty, courageous Nancy to life. The series was an immediate success. For Christmas, 1933, Macy’s ordered 6,000 books that sold out in days, even in the midst of the Great Depression.

Mildred wrote 23 Nancy books, in addition to other series like the Dana Girls and Penny Parker.

As a teenager, Mildred had been determined to become a great writer. Her stories won contests and were published in high-end children’s magazines alongside authors like Louisa May Alcott. Mildred earned the first-ever master’s degree in journalism from the University of Iowa.

After her Nancy stint, Mildred wrote many more books under other pen names as well as her own. For more than a half century, she covered the crime and court beat in Toledo, Ohio and later wrote popular newspaper columns. The day she died at age 96, she was at work on an article.

Ironically, despite Nancy Drew’s profound influence on many generations of young women, Mildred wasn’t publicly acknowledged as Carolyn Keene until 1993, nine years before her death. Her archives are kept at the University of Iowa.

Nancy Drew fan conventions kicked off in 2001 and are scheduled as far ahead as 2030, Nancy’s 100th anniversary. For 2019, events will be in Toronto and Savannah.

Nancy Drew expert Jennifer Fisher has compiled vast amounts of history into a fun website that’s sure to bring back memories: http://www.nancydrewsleuth.com/   Thank you, Jenn, for your gracious assistance with this post.

Plenty of authors, including TKZ’s Kathryn Lilley, P.J. Parrish, and myself, credit Nancy with igniting their interest in writing mystery fiction. Kathryn was an ardent fan as a child and later wrote four Nancy books under the enduring Carolyn Keene pseudonym. In 2015, Kris wrote a great post on sidekicks, citing the example of Nancy’s friend, George.

Early editions, especially dust jackets, are collectors’ items. The asking price for a first edition of The Secret of the Old Clock is $2,000. Click on the bottom listing from bookbid2  to browse photos of the vintage cover and interior.

Nancy Drew seduced me into a life of crime [writing]. How about you?

TKZers, please share your favorite memories of childhood books. What books influenced your reading preferences as an adult? Did Nancy, or another character, inspire you to become a writer?

Debbie Burke’s thriller Instrument of the Devil is on sale for only 99 cents during April at this link.