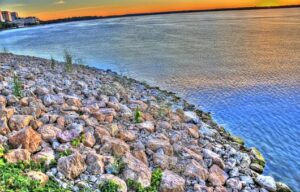 It was a pleasure to critique this first page. Our Brave Author had an intriguing premise and a fresh way of starting this story. As you can tell, I liked it. In fact, I really liked it. I found a few things that might be changed, but here’s how it was submitted:

The Secret of Thieves
I don’t believe in ghosts, magic, or lucky charms. There aren’t fairy godmothers or elves. If you lose your wallet or the concert tickets you distinctly remember placing in your purse, it wasn’t because of a goblin. I’d know, because it was probably someone like me who took them. And I am as red-blooded and white-boned as the next girl. As brokenhearted and scared. As daring and tough. And a hundred percent, just like every other person, I am haunted only by my memories—not that they aren’t doozies.
Like the one where my best friend dies right in front of me.
That’s why I’ve come back to the lake, to the spot where Lance and I’d spent so much time when we were young. I’m not trying to contact the dead. There’s a difference between trying to contact the dead and retracing your steps to figure out where you went wrong.
I close the door of my car and walk slowly around the hood. Ever since I first set young eyes on this cliff and watched a grinning Lance leap into the air, I’ve been afraid. Was it a fear of heights, I wonder, or fear that he was leaving me behind?
I stash the keys by the front tire and hesitate. When I’d started the list of my failures last night, I’d known the lake would be first. This cliff. This time of year. Lance’s favorite adrenaline rush. My own pulse trips wildly. I clench my teeth. It no longer matters that I’ve always thought it impossible to jump. I pull off my t-shirt dress, slinging it across the side mirror, then take one step and another toward the cliff, hugging my bare middle.
My progress is buffeted by inarticulate gasps, but I don’t stop until I’m at the edge. An unhinged laugh escapes and I clap my hand over my mouth. It’s as bad as I thought it would be. His cajoling never got me this close. Neither did his dares. But there it is, the lake ripples twenty feet below. A pebble dislodges under my water shoe and tumbles over the edge, clipping the cliff face once, twice, like a loose bullet, before disappearing beneath the dark blue water. I jerk my gaze up, wiping sweaty palms on my bikini bottoms.

Elaine’s Critique
Like I said, I enjoyed this first page, starting with the reader-grabbing title. There are some nice turns of phrase, including the ones in this sentence: “A pebble dislodges under my water shoe and tumbles over the edge, clipping the cliff face once, twice, like a loose bullet, before disappearing beneath the dark blue water.”

However, there are some things I’d change. I had a problem with this sentence, and would rework it: “I’d know, because it was probably someone like me who took them.” That “them” might be clearer and in agreement with the subject if it was changed to “your things” or “your valuables.”

The next sentence would be more effective if the phrase about the best friend was in past tense – then we’re sure Lance is dead. So I’d change: “Like the one where my best friend dies right in front of me” to: “Like the one where my best friend died right in front of me.”
Two paragraphs later, I’d make it: “Ever since I set my young eyes on this cliff . . .”
And one last nit to pick – I’d explain what a “water shoe” is. Water shoes are generally used for walking along pebbly surfaces or surf walking, to protect your feet.
Now there are some questions that our Brave Author has to answer, and soon: Where are we?
What time of year is it? It’s obviously a warm day, because our character is wearing a bikini, so it could be spring, summer, fall, or a warm winter day.
What is our thief’s name and what does she look like?
And most important, what is her age? She talks about “since I first set young eyes on this cliff” but she also refers to herself as being “red-blooded and white-boned as the next girl.” So if she’s still a “girl” how old is she?
Answer these questions, and your novel is off to a terrific start, Brave Author. I look forward to reading the rest of it. Good luck! 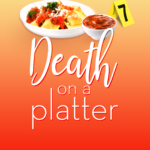 31 thoughts on “First Page Critique: The Secret of Thieves”