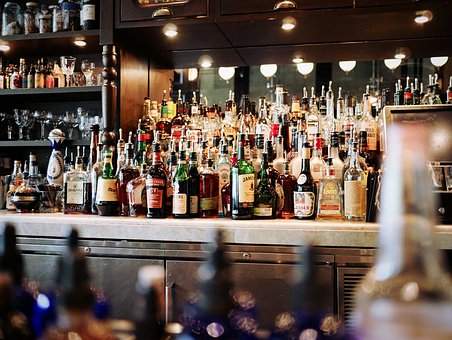 When I was a girl, Mom warned me about all the awful things that could happen to trusting young women. I was warned to be careful when I went to bars, and never leave my drink unattended, or some sly stranger would drug it and unspeakable things would happen – which she was happy to discuss. The way Mom regarded young men, they should all have “Beware of Dog.” signs.
My brothers did not get these helpful talks. Sure, Dad told them to carry a condom in their wallet in case they got lucky, but young men had nothing to worry about.
Except they do. “Mistress of the Mickey Finn” is the title of my new short story in Alfred Hitchcock Mystery Magazine’s November/December issue. 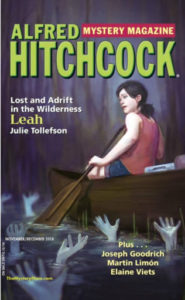 It’s also a warning to young men. No one tells them about predatory women, and they should. Here in South Florida, a travelling gang of young women preys on well-heeled men. 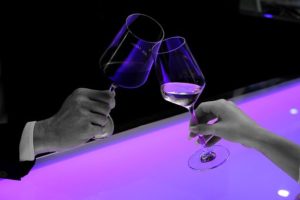 I found out about them from my husband Don’s barber. Oscar Alci, a US citizen from Turkey, is a master storyteller. He told Don about a client who’d been ripped off by a wily young woman at a fashionable Fort Lauderdale watering hole. That story became “Mistress of the Mickey Finn.” Oscar has his own book, Short Cuts from Oscar the Barber, coming out this month. In tribute to his storytelling skills, I made him a character in my own story.
If you write short stories, ideas are everywhere. You just have to listen for them. Hair stylists and barbers are good sources. So are bartenders (and the drinks are deductible as research). Listen to their stories of love gone wrong, problems making payments, and the weird person who came in last Thursday. Then ask yourself, “What if someone could get killed?” Now the stakes are high and you have a short story.
My short story, “Mistress of the Micky Finn,” opens this way:

“She cleaned me out. She took everything—even my towels.”
Will Drickens’ nasal whine echoed off the marble floor in his Fort Lauderdale beach house.
The thirty-something hedge funder pleaded for help with sad, puppy-dog eyes—at least, he tried to look sad. Private eye Helen Hawthorne saw a hound with skin tanned and oiled like a Coach bag.
Will wore enough flashy designer labels to stock a mall. Phil Sagemont, Helen’s husband and PI partner, had trouble hiding his contempt for their new client. 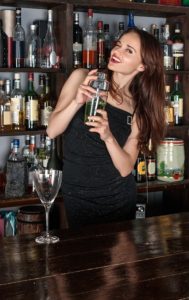 This set-up was typical for this kind of crime: Will met Donna Simon at the Perfect Manhattan. They talked for a bit, and he began feeling woozy. She paid his tab and called for his car, tipping the valet lavishly. Donna drove Will to his beachfront home in his car, and when he recovered, she fixed him breakfast in bed. They enjoyed a romantic weekend together, and on Sunday night, he couldn’t bear to part with her. Donna said she’d always wanted to spend a day at the beach, and Will told her she could stay at his house Monday. He spent his day hearing wedding bells, while Donna’s gang cleaned out Will’s luxurious home.
In South Florida, these gangs “travel up and down the Florida coast from Vero Beach to Miami.”
Oscar the Barber and Phil have this conversation:

“A beautiful woman will spend the whole weekend with the mark,” Oscar said.
“What about security videos?” Phil asked.
“These women are very, very smart. They are careful to turn their faces to hide from the cameras. Many have long hair, and use it like a curtain. Most security systems have such blurry images, it’s hard to see the person. The police rarely get anywhere.”
“Why haven’t the police cracked down on these scammers?”
“These are the cream of the crooks,” Oscar said. “They can spot an undercover cop.”
“How?” Phil asked.
“Easy. These women have fine-tuned senses. They notice little things: the undercover cops trying to pass as rich guys buy their expensive suits at resale shops, so they’re a couple of years out of style. They have ‘cop eyes’—they’re alert, watchful, not like someone having a drink at a bar.”

Oscar wasn’t my only source. A retired Fort Lauderdale detective told me these gangs have been around since at least the mid-’80s. Sometimes they work in teams—the woman drugs the mark’s drink, then drives him home, takes whatever she can carry out of his apartment, including his pricey watches and jewelry. Her accomplice may pick her up, or she may steal the mark’s car, too. By the time he wakes up, it’s in a chop shop or being loaded on a freighter to a foreign country.
The victims of this game are men of astounding innocence. The way Will met Donna at the mythical bar is classic: 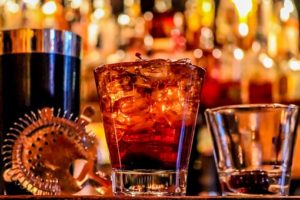 “I stopped by the Perfect Manhattan on Las Olas. Just for some conversation,” Will said.
Right, Helen thought. Conversation. The two words heard most often in that bar were “how much?” and the customers weren’t asking
the price of the drinks. The Perfect Manhattan was known for “handcrafted cocktails” for the no-holds-barred singles set. Stunning supermodel bartenders displayed their implants as they “built” twenty-dollar Manhattans and whispered, “Would you like a cherry?” with a suggestive wink and a giggle, straight out of an old-school men’s magazine. The servers—all women—were expensively enhanced and barely covered.
“Donna was sitting at the bar in a black dress and pink heels. She told me they were Manolo Blahniks. Sexy as hell—little tiny roses all over and straps halfway up her legs.”
“Cage sandals,” said Helen, who knew her shoes. “They cost twenty-two hundred dollars.”
“For one pair?” Phil said.
“Donna appreciates the best,” Will said. “I asked if I could buy her a drink, and the next thing I knew we were talking. She was easy to talk to.”
Your mother should have named you Mark, Helen thought. You were the easy one.

12 thoughts on “Deadlier than the Male”