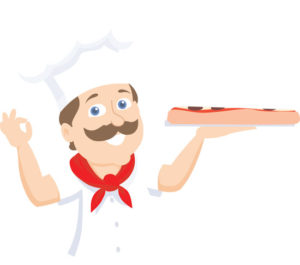 Recently, Amazon’s paperback publishing unit, CreateSpace, sent out an email confirming that CSP was merging with Kindle Direct Publishing. All print-on-demand services are now under the KDP umbrella.

Nothing earth-shattering in all this, just a switch of platforms. Shouldn’t be a big adjustment.

What caught my eye, however, was a line at the end of the letter. Amazon is famously tight with their data, so it was interesting to find this little ditty:

As Amazon’s recent shareholder letter noted, there are more than 1,000 authors who earn more than $100,000 a year from their work with us.

That’s good to know. Because at one time (back in the “gold rush” days of self-publishing, roughly 2009-2012) the vibe was that virtually anybody could make six figures if they wrote fast enough and in the right genre. That was a myth, of course, but like all myths it had a toe-hold in the truth. Some previously unpublished writers, like Amanda Hocking and Hugh Howey, did strike gold. Some traditionally-published midlist writers, like Joe Konrath and Brett Battles, hopped in and hit it big. There were even a few, like Bella Andre, who scorched into eight figures.

So everyone wanted to know who was making what via self-publishing. Some authors gave out their numbers. But that small sample size couldn’t tell the whole story. Then Hugh Howey and the mysterious “Data Guy” started their Author Earnings reports, which scraped hard data out of Kindle sales rankings. And yes, indeed, a lot of indie writers were doing very, very well.

AE is now dormant, having transitioned into Bookstat.com, a pricey service for companies whose “annual revenues are $10 million or more.” But the final AE report showed that while the gold rush days (such as they were) are gone, indie publishing is here to stay.

But it wasn’t until I saw that Amazon number—1,000 making over $100,000—that I was able to get a feel for how many authors are in that zone. (We must note that Amazon’s number would include non-fiction as well.)

Now, if a thousand indie authors are making six figures a year, I would venture to say that a substantially higher number are in the fives. Very few fiction writers of the past ever made it there. That’s why I continue to say it’s the best time on Earth to be a writer.

Of course, the admonition, “Your mileage may vary” is more apt in the writing game than anywhere else. There are so many variables at play that no two writers will ever come out the same in terms of method, production, and income.

But there are ways of increasing your odds of monetary success, just as there are fundamentals in any entrepreneurial endeavor. And that’s what self-publishing is, after all.

Written Word Media conducted a survey comparing authors who make over $100,000 a year (“100kers”) and those earning less than $500 a year (optimistically called “EAs” for Emerging Authors). Some interesting results here, including:

Of the 100kers surveyed, 72% were indie and 28% were hybrid. Publishing independently rewards authors with higher royalty rates which means it is easier to start generating meaningful revenue when you self publish. The Author Earnings reports are showing a trend in which indie authors are taking share from traditional publishing, despite the fact that titles of indie books are priced lower than traditionally published titles.

Indie publishing is no get-rich-quick scheme. In the traditional world they used to say it took 3-5 books to establish an author. Unfortunately for writers who have entered the Forbidden City, that number is now only 1-2.

That’s because social media does not sell a lot of books.

To this list, let me add my own advice:

We should all know this by now, but it bears repeating: far and away, the best and most ubiquitous marketing tool is word-of-mouth. And that is generated by, gasp, writing books that are so good people talk about them.

Which is what TKZ is all about—helping writers get better. It’s something you should want to do anyway, if you’re a real writer.

You need to put your projects through an analysis like a pub board at a traditional house would. Who is going to buy your book? Is there an audience for your genre? How popular is the genre? Who are some other authors doing well in this area? What are they doing in terms of marketing? What can you learn from them?

Are you an author who can keep producing? In the traditional publishing world, a bestselling author used to be held to a minimum of one book a year. These days, some publishers are pushing their A-list writers to do two books a year, supplemented by a short story or two for marketing purposes.

If you worked at a publishing house that needed to make a profit, would you offer a contract to yourself?

If you self-publish, quality of production is your responsibility: editing, cover design, formatting, marketing, SEO, metadata and so on. You can learn do to some of this on your own, but other things, like cover design, you’ll want to farm out. Do your due diligence and be prepared to invest some money.

Also be prepared to review your system as each new book comes out, and make incremental changes geared toward greater quality. That’s called kaizen in business circles.

Even traditionally published authors have to do this, so don’t complain. As Russell Rowland recently put it:

The part that I never quite understood was the lack of support from the publisher, but it did give me a strong understanding that this is a business where you can’t rely on others to toot your horn. If they do, it’s a bonus. But marketing is up to the writer, even if you’re with a major publisher.

But beware, it is very easy to fall into the vortex of marketing frenzy, thinking you have to do every single thing possible lest you miss out on the “tipping point” of massive sales. Big mistake. Which is why I wrote a book on the tools that really work.

You want to be a writer who makes some a good side income or maybe enough lettuce to live on? Then work hard. This is business. But if writing is what you love (and it should be, because there are plenty of opportunities to quit), then keep on writing until they pry your cold, dead fingers off the keyboard.

Do you have a “system” for your writing career? Not just how you write a book, but how you see yourself in the world of publishing and what steps you are taking to make it happen.

26 thoughts on “How to Make Good Dough Self Publishing”